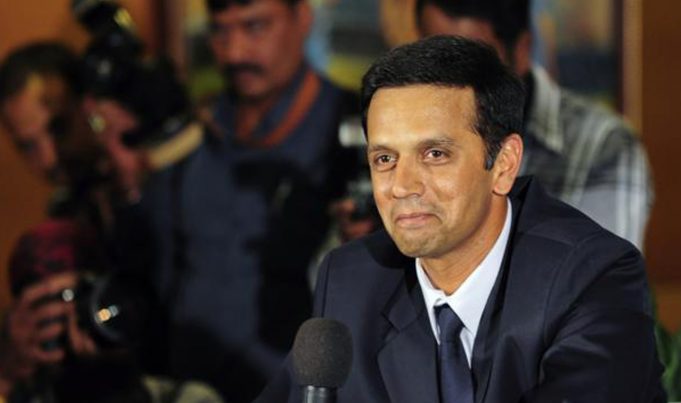 Rahul Dravid! This isn’t just a name. It is a celebration of the spirit of cricket. And that of furthering one’s own talent so exceptionally that what it fetches in the end, is a marvel that is long treasured. In cricketing circles, where Dravid’s name echoes a certain peace, calm and purpose, he is admired for bringing tears to the fans, pride to his Indian team and, piles of agony and anguish for his opponents.

Those who bowled to him knew what they were facing: perhaps an immovable force of nature. In Dravid’s ebb lie certain statistics that draw strength from his tenacity and mental toughness. These were characteristics that defined his presence in a game and that of his opponents, who were seen sad having run into an obdurate cricketer who put a huge prize on his wicket.

His marvellous statistics that were gathered with ardour scream to tell his legend, even as the man responsible for their accumulation remained silent and polite in a 16-year career! A whopping 13288 Test runs, 36 Test centuries, a batting average of 52, highest score of 270, a test century each against every test playing nation and an ODI record boasting of 12 hundreds, nearly 10900 runs and 83 fifties.

The fact that in his only T20 outing, he hit 3 back-to-back sixes without much ado and that, in the final flourishes to his glittering Test career, he compiled over 1000 runs in a single calendar year thanks to his 468 runs with 3 hundreds against England(2011)- speaks of Dravid’s resolve and strong mental strength.

But like Mathew Hayden’s revelation about ‘The Wall’, “all that is going around isn’t aggression and if you want to see aggression, see it in Dravid’s eyes”, there’s more to Rahul Dravid that meets the eye. The dignified and staidly elegant batsman stood for something much larger than his cricket-collection, a treasure trove of memories in an earnest journey. That he was not just a pure Test batsman but also someone who adapted beautifully to ODIs makes Dravid worthy of the respect he commands and an exceptional corrector to critics who riled his ‘slow’ batting. This, off course, is also a reminder that one must never bog down to challenges.

Central to a Rahul Dravid inning was a beautiful orchestration of watertight technique, long powers of concentration, erudite thinking and an ability to stay strong in all situations, even when the physical force in him was waning. It is this smooth blend of mind-power and unwavering determination that actually made Dravid what he is today. More than just a successful cricketer! But, someone who is aptly described as a role model for any generation of cricketers.

The reason for this is pure and stems from a sense of the incorruptible spirit of the quiet Bangalorean. That today’s cricket is fast-paced and repetitive is known to all. But also that with the limited attention span of audiences added to cricketers’ want to seek enjoyment in what is largely becoming a moneyed business is also prevalent. Hence, amidst these changing vagaries, one has seen the rise and rise of Steve Smith, Gayle, Bravo, Maxwell, Kohli, Brathwaite, Ben Stokes, de Kock and, the likes but not sensed the pleasure of seeing a pure, test-match specialist among these or someone who can relish a Test-battle over any other demand of the game.

Test cricket, a taxing entity that is withering and dying given the onslaught of T20 style cricket, found in Rahul an able marksman. His ability to protect his wicket made him the perfect mug shot on a book of inspiration. Youngsters, whether Karun Nair, Pujara, Rahane or the have been’s like Watson and Pietersen have seemingly read the Rahul Dravid guide to motivation and betterment again and again.

But as fans, what really we learn from Dravid?

Life often exists in strange parallels and paradoxes. Dravid, though technically virtuous owns the dubious record of being bowled on most occasions than other test-match specialists makes for trenchant observation. You might immediately think, that is no reason for joy.

But that Dravid, despite his weaknesses exploited by Warne, McGrath, and others came back to the very top, correcting himself time and again, speaks of his love for self-betterment and his drive toward improving. And that’s the key! While, at all these times, he would have known perfection is a myth.

Not that learning from Dravid must be held as a forceful take away from this humble tribute. But just that as a man- humble and honest, successful and yet, down-to-earth- there’s so much to be learnt from ‘The Wall’ who stands on incorruptible moral fabric. It is a surface that prides itself having Dravid’s standing on it, focused, undeterred and, so willing to give. Dravid personified life’s great principle: the fight is not with the enemy but with the self. Buddha has said this too. “All that we are searching for is within”.

If you just happen to identify the many ‘Rahul Dravid’s around you, then you might derive enormous pleasure and gratitude from simply observing that young boy who, in the wee hours of the morning gets up to deliver newspapers to homes, only so that he can run his financially jaded household. Or that best-friend we have, one who often never gets the due respect we must accord to him but stands by our side at all moments of crisis.

Perhaps “a Wall” exists in that cousin brother we have who tends to isolate himself in all that is societal but surfaces to forward an extended hand, correcting your own parents all the time to not compare you to him. Maybe there’s a very real Rahul Dravid in our own families- in that son who runs pillar to post to get all he can for his parents who reserve more fondness for their younger son. Maybe that teacher in school who stays back long helping students master Literature, Accountancy or maybe Home Science, for in ‘their’ betterment lies her happiness.

Or perhaps that jaded and rejected lover who always sticks to the girl who rejected him, in all times of need, happening to even love her husband, for in her happiness lies his calm. And also in that devoted neighbour, who helps grannies and grandpas whenever needed and that with no material reward in it, finds unparalleled joy when he’s hailed as of their own.

A message in Dravid, his legacy

The fact that there is so much to love in Dravid when he says, ‘I have failed at times, but I never stopped trying’, makes us want to tip our hat to this immensely selfless man. The fact that a master and record-smashers can be anyone. But the joy of being the crisis-handler and being someone’s go-to man is a rarity that only some can labour and, even fewer than the few can truly manage.

Perhaps that’s why it doesn’t hurt even when we know Dravid has remained ‘unsung’. Because a hero can be anyone! But what matters most is to be able to ‘do your job’ not be taken in by the hero tag.

But life sucks. Even when you do your best, you may not get the credit that you deserve. But should that stop you from carrying out your task? Knowing Dravid, he won’t do such a thing. 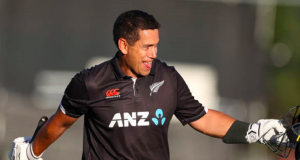 Ross Taylor: The Brave Kiwi Who Took His Own Flight And...