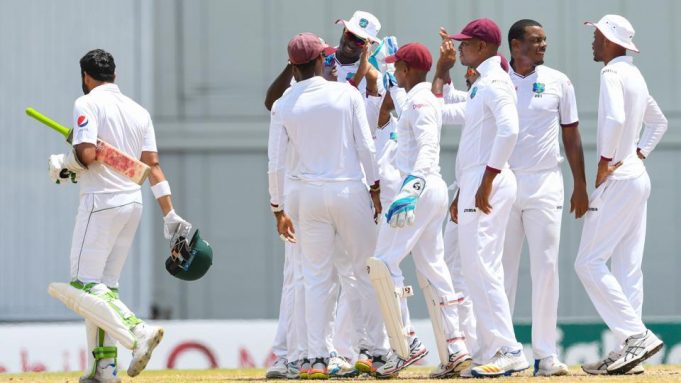 Winning at home in front of regaling fans is a feeling like no other. It’s special beyond words. But when a West Indies wins, a rarity in world cricket, the Caribbean sun, it seems, begins to beam ever so brightly.

Their sensational 106 run triumph over Pakistan in the just-concluded Test at Barbados arose a sense of nostalgia; of seeing brute pace-bowling from the West Indies, so much of a strength during the famous Malcolm Marshall-Andy Roberts, and Ambrose-Walsh era.

But while the series stands evenly at 1-1, the home side mustn’t be careless about losing focus as they enter Pakistan in the final Test at Dominica, slated to begin on May 10, 2017. There’s all to play for as the final Test arrives in a few days’ time.

The following must be Jason Holder and team’s priorities if they are to end the current series on a high.

1.Conceding too many extras

Current pace-leader, Shannon Gabriel, who just won his first-ever man-of-the-match award for collecting an excellent tally of 9 wickets from the Barbados Test has made it a bit of a habit of conceding too many extras.

In the recently concluded Test, a game that shall be long remembered for his bowling heroics, the Trinidadian delivered a whopping 9 no balls in the Pakistan’s first inning. This only exacerbated his side’s problems as the West Indies ended up gifting 44 extras to Pakistan’s total of 393.

Gabriel delivers absolute shockers, significantly overstepping the bowling line when compared to others who usually overstep marginally. A disciplined bowling effort, best demonstrated by the very same Gabriel in the second inning on day 5 at Dominica will help boost Windies’ chances against their equally unpredictable rivals.

In Kraigg Brathwaite, Shai Hope, Roston Chase, Shane Dowrich and, comeback man- Kieron Powell, the West Indies aren’t lacking in dependable batsmen. However, their real issues are the lack of partnerships that are hurting their batsmen. In the last 2 Tests, only a couple of meaningful partnerships have been stitched against Pakistan that have gone on to lend some respectability to their totals. At Barbados, it was Chase and Powell first in an 89-run stand and then, Chase and captain Holder, who joined forces to compile a valuable 132-run stand.

Other than that, the rest of the batsmen were substandard and before Chase anchored their inning, the side was already going downhill with the scorecard reading 3-37. But, if the West Indian batsmen can get together, especially at the top order, with the inning revolving around a strong opening start- given by Brathwaite and Powell, then others would be a great relief. Moreover, it would lend solidity to their hopes to snatch a possible series win.

31-year-old Devendra Bishoo is neither too old or at the peak of his youth for the West Indies. But despite being ever hardworking, his current stack of 5 wickets from 4 innings hasn’t exactly inspired confidence for the Guyanese leg-spinner.

That said, where Bishoo has been doing considerably well when compared to others in the team is the batting department.

Having scored 80 from the past 4 innings, Bishoo has been improving silently with the bat, statistically scoring better than even Kraigg Brathwaite, West Indies’ opener. But it isn’t Bishoo’s natural strength.

While Jason Holder will be happy with this rather unexpected new addition to the batting unit, he will hope that Bishoo improves his bowling, his foremost strength. On a slow wicket, which Dominica is expected to present according to past norms, batting won’t come that easy. This could well assist Bishoo, whose best figures at the moment stand at 3/116.

A solid batsman right at the top always relieves a team of unwanted troubles and ensures runs flow in good measure. Prior to this series, it seemed, 24-year-Barbadian was doing just that for his West Indies when he suddenly found himself wanting against both pace and spin of Pakistan.

The likes of Amir and Yasir Shah and newcomer, Mohammad Abbas have sensed the blandness in Brathwaite’s blade and made him look rather ordinary.

By no stretch of the imagination a mediocre player and someone who is naturally adept at playing long innings marked by the immensity of patience, Brathwaite, with only 66 runs and a duck from his previous 4 innings needs a great game at Dominica.

Hopefully, a much-awaited Brathwaite knock should delight his team at Dominica and be considering that the right-hander gave glimpses of his former self in the second-inning score of 43 at Barbados, things might turn out fine.

5. Shimron Hetmyer and Vishaul Singh haven’t quite got going

Playing in a maiden Test Series can often be both exciting and tough. But newcomers; 20-year-old left-hander Hetmyer and 28-year-old Vishaul Singh haven’t really proven their mettle despite getting a chance to play in both Tests thus far.

While Hetmyer has given a glimpse of his naturally attacking style of batting, he hasn’t managed to go beyond 22, his best score in 4 innings so far. On the other hand, a lot needs to be corrected by Vishaul Singh in his batting technique that hasn’t allowed him to really settle down and collect useful runs that will come in really handy for his side.

Jason Holder should expect a turnaround of some sort from his two young batsmen that should hopefully serve the West Indies for years to come. But before that, the Guyanese duo will have to pass what could be a litmus Test at Dominica. 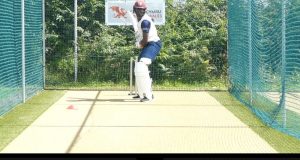 Dev Tyagi - September 15, 2021
0
It was just this June, not too long ago, where he scored his maiden T20 century in English conditions. A first time...