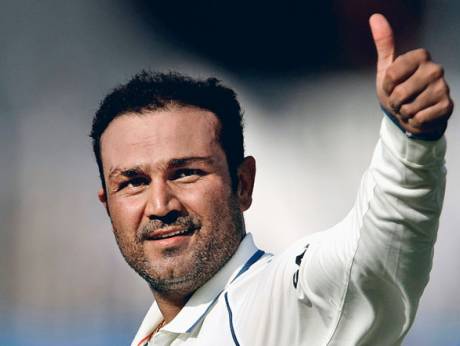 16,000 international runs, 38 centuries, 2 triple hundreds and now, in addition to an outgrown stubble, that could become a beard- nearly 10 million Twitter followers. That’s more than the population of Sweden + Norway. Gosh, how does Virender Sehwag sleep at night?

India’s legendary dasher, after winning hearts yet again on Twitter through a fine exhibition of humour, calling Brian Lara-“B.C.” in a tweet- a not so polite cuss word in Indian colloquial terms, declared he wishes to take his brand of humour across to a wider world.

And it seems fair too. Sehwag, who’s style statement mirrors that disdainful attitude to bowlers, accompanied by a love for wearing tight brown leather jackets over grey denim, deserves to bring change to comedy culture. “There’s no market for my jokes anymore, Sehwag has punctured by career”, lamented Cyrus Broacha who compared Sehwag’s cleft to Mumbai’s potholes, clearly irritated. But, Sehwag’s a public figure. Growing like RCB’s staggering losses in IPL. Amy Schumer’s jokes are becoming repetitive, Conan O’Brien isn’t that funny anymore and, Jim Carrey is seen only as much as a Zimbabwe out on a cricket field.

Why not then Sehwag, who congratulated Lara, calling him B.C., perhaps funnily forgetting that the acronym in India could mean an individual who could be bonking around within his own family? Why shouldn’t Viru get a chance to uplift global comedy? Why should it be the AIB always?

Here’s something you didn’t know about the Najafgarh-born. Apparently, the machine from which balls emerged, only to pop up in front of Gayle, who lifted them out of the park was called Sehwag. Resulting from a painstaking, pant-loosening regimen of the lanky Jamaican who loves fondling with balls, the West Indian’s book was titled, ‘Six Machine’, secretly marking respect to India’s great batsman.

Sehwag and Gayle, it is believed, go a long way back. They first met at an after party that was thrown by Brian Lara at his Trinidadian mansion. It was here, after a few bottles, that Sehwag first showed Gayle those boisterous dance moves, which later catapulted to global fame as the ‘Gangnam style’. Back in 2012, Sehwag had promised Chris that one day, his Twitter following would overtake the number of balls he missed clubbing for a six in his career. See where he has reached today.

It swells DJ Bravo’s heart with pride when he reveals, only to his inner sanctum, that his ‘Champion’ is actually West Indies team’s collective gift to celebrate Sehwag, who massacred Windies back in 2011 in ICC World Cup, scoring a blistering double hundred. Sehwag had rushed to the Windies dugout before the game at Indore, stating he won’t score 300 if Bravo penned an anthem on him. So the song you display your groovy dance moves to your pet cat, in case your wife’s slapped you enough, lends itself to Viru. Soon, Bravo was transformed into a singing sensation, with his cricketing career biting the dust thanks to Sehwag gifting him with something special.

That the song was given a green signal only after Viru gave thumbs up to Bravo’s idea of wearing bright yellow gold, white jacket and dark glasses during ‘night’ shots, made news just a few days ago.

But importantly, here’s why Sehwag’s cool quotient must be celebrated. For musing on everything- whether Dhoni’s leadership, PM Modi’s defining leadership of India or, his immaculate sense of humour on 2016 IPL, wherein he equated Morkel and Jason Holder on Twitter through a peacock and the latter, through a cup-holder, Sehwag’s been there, done that and not done yet. His nuanced take on Indian youth’s Wi-Fi addiction, wherein he equated the technology to a sleeping pill gathered praise from the late Christopher Hitchens who’s unfortunately not around now to see the massive flight Sehwag’s prose has taken.

Any situation, any critical happening, whether in India or elsewhere, Sehwag’s the man on fire. Sorry, on Tweet.

In fact, a clout of women, so utterly impressed by the uncannily sexy balding on his head are planning to open a global forum on social media, titled ‘Shewag’. And this has nothing to do with Soccer’s world’s ‘Wags’. 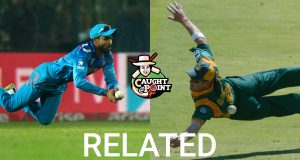