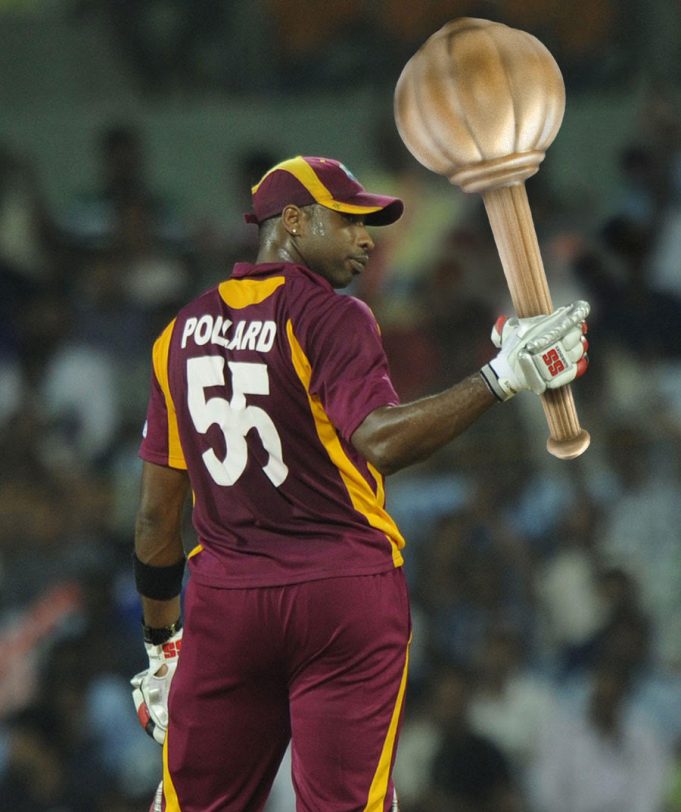 Most certainly, when you open an iron-cage that contains a menacing bull, anywhere in Spain, chances are, the fierce animal will come hard, straight to the matador. Where else would it go? But when a creature feisty as Spanish bull, meant for long haul battles was unleashed on the West Indian stage, for it to mow down opponents mercilessly- it soon went into an opposite direction. From ODI cricket to the T20s. Hurriedly. But with soaring ambition. Kieron Pollard- tall as a giraffe, big as a bull, seemingly straight out of a gymnasium, looking that part at all times, someone in whose hands a bat seems like a mace- seems to have become a giant on Cricket’s diminutive stage: T20s.

Why don’t we see him represent the West Indies, ever an embattled side where his last significant contribution was a 71 ball 62 on June 24, 2016, in an important win over South Africa at Barbados? What’s Pollard getting from playing far less cricket than what his natural talent seemingly warrants? Is the injustice exemplified by the meaningless contractual terms meted out to the Trinidadian only responsible for this harsh turn of events?

Or does Kieron Pollard, who declared passionately around 2011 about a burning desire to represent West Indies in Tests content on eliciting his boisterous hitting power in Cricket’s version of a one-night stand?

There are more questions that trouble the mind when the name of Kieron Pollard is presented in the wake of contemporary cricket: an age largely defined by the buck-spinning hoopla of Twenty 20s, shenanigans exhibited through cricketing after parties, a definitive, somewhat burgeoning presence of gorgeous cheerleaders in stands as opposed to a massive gathering in a Test contest. With the game, somewhat irrationally seeming to be skewed toward batsmen. At all times. Even as a nostalgic fragrance of the 80s and 90s emerge with bowlers hurling bouncers, ever so more in today’s game.

You’d be mistaken to think that with a lanky frame; a mighty body in cricket’s withering anatomy, Pollard cannot afford to endure a 5-day contest. Or, isn’t suited to the 50-over contest. Whilst, he hasn’t ever donned the whites, he has stayed strangely aloof from the latter, clearly an area hurting his native West Indies’ cause. Although, it could be argued that given current passions, nativity for Pollard could be a dicey matter, considering his outlandishly successful outing for Ambani-owned and managed Mumbai Indians outfit.

That said, the injustices Pollard suffered a year and a half ago when along with current IPL pinch-hitting sensation, Sunil Narine, he wasn’t contracted for ICC World Cup 2015 went nearly as far as denting an already waxing relationship with West Indies. It, of course, didn’t help that in the aftermath of being made to unreasonably miss out on an entire 2015, Pollard managed just 247 from 10 ODI games, in all of 2016. While 2017 nearly half done, it remains to be seen when can he make himself available for a side that desperately needs him in the ODI format, despite it being known that his strike rate, undoubtedly a Pollard-USP has dipped from 147- when he started- to 132.

The West Indian has furnished a career driven by a rather staccato-rhythm, given how displeased he is with the controversial standings of a cricket board that seems to grope talents of their modesty instead of delving deep into nurturing young neophytes. But if it’s disillusion that Pollard’s received courtesy the turf wars in West Indies cricket, where the ‘Chief’, Dave Cameron rules with the same might as what the Trinidadian exults on smashing T20 outfits- then Pollard too has left home fans bereft of the fireworks he’s delivered time and again for as many as 10 freelancing outfits.

In the past 2 years, including 2017’s turnouts, Pollard’s represented Windies in 9 T20s. In 2016, he produced 78 runs from 5 games. His average- 19. His strike rate- 111, whereas in his debut year, 2008, it was 155. Pollard couldn’t go beyond a solitary 50. At around the same time, during IPL 2016, his figures suddenly spiked to 198 runs from 12 games. His strike rate was 148 while his batting average was 28. Now, again this year, Pollard’s timber has been crushed and his chinks in his technique breached with modest ease by bowlers who’ve ensured the premier marksman doesn’t collect more than 20 runs from 4 T20s. You’d rather wish to not examine his best score when representing Windies in 2017. A similar pattern follows 2016’s IPL collection even in the current season where surprisingly Pollard’s rattled Mumbai Indians’ foes, almost slated to reach 300 runs in 2017 edition.

Could the sudden but clearly, an outlandish wavering between freelancing T20 duties and national representation have something to do with the 30-year-old’s will? Could it be that for someone who hailed from a dainty Tacaigua, in Trinidad and is now exulting those biceps everywhere in the world- Adelaide, Karachi, Lahore, Dhaka and, of course- Mumbai the priorities have changed? We will never know for sure unless Pollard- who clearly seems unflappable when on song and even unterrified by the ICC’s powers when he chose to hurl his bat vehemently at RCB’s Mitchel Starc in 2015-decides to speak. That said, what is known however is that he despises the idea of being dubbed a ‘T20 mercenary’ when he recently verbally took down a journalist in a posh Mumbai hotel who’d labelled him as one.

But fans could be excited to separate the man from the temperamental boy in Pollard in their attempt to clearly understand just where does the lofty right-hander’s interest lie. Surely, there should be a plush comfort extended to fearsome exponents such as this 1.96 m giant outside the vexed realities of a West Indies, currently languishing under a Board seemingly caught up with the idea of committing hara-kiri in the name of development.

Is there a larger world out there waiting to absorb Pollard? Surely, yes! But can this world, currently thriving on a 4-hour platform of plastic entertainment reward Kieron mightily? Rather, is Pollard content in playing a swayed dancer to IPL and similar contests’ puppeteering? Can he not tag with a Gayle, Bravo, Narine and speak to his West Indian slayers and re-write a possible return from exile? Speak up, Polly. 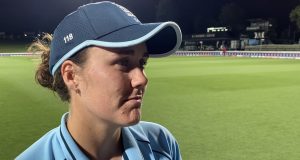 Nat Sciver In CWC 22 Final: The Enforcer Who Helped England...

Dev Tyagi - April 3, 2022
0
It would seem awfully poetic to draw a parallel between human eyes (and their...