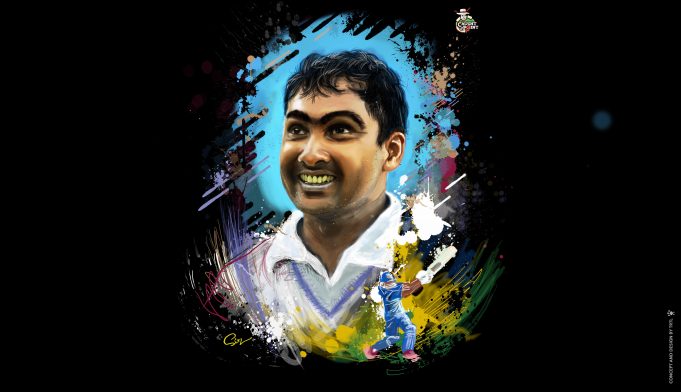 Mahela was there that day. On May 21, 2017, as Parthiv Patel, nearly dropped half his weight in the nervous, palpable excitement of running out Pune’s number 10 on the last delivery of the IPL final, mega convergence happened on Cricket’s global turf. The Rajiv Gandhi Stadium was nearly bound in ‘Blue’, marking respect to the crown champions Mumbai Indians.

Cheerleaders, cops, kids and, grannies, united by smiles amidst a climate besieged by nerve-wrecking celebration offered fitting cheer to a unit whose most physically overpowering contestant was a West Indian, whose leader was a Maharashtrian and one, whose identity, regardless of caste, or colour was remarkably Indian. The fans, it must be said, were no longer Hindus or Muslims when Daniel Christian’s dismissal brought an end to an otherwise exhilarating finish to Pune’s super season.

Thoughts were offered, in Cricket’s equivalent of condoling a loss to an Australian, who captained Pune. But one’s not really sure if someone remembered the Sri Lankan? It’s hard to recount the feeling of the coach of Rohit’s jubilant unit- Mahela Jayawardene?

Did you spot any image showing Mahela during MI’s enigmatic victory? Perhaps, it’s easier to remember that it’s been two years since he held a bat for Sri Lanka. And while it isn’t yet known if he possesses secret invisible powers, there’s little doubt about those powers of concentration that allowed him to face 38979 deliveries in international cricket, in a career that spanned 17 years.

That’s longer than the playing careers of Kieron Pollard and Andre Russell put together, lengthier than Shaun Pollock’s run in the sport and, several seasons longer than the IPL’s journey, thus far. Still, none of this can dispell an accompanying question concerning the Sri Lankan, who turned 40, ever so quietly in the same dignified way in which he crafted a quintessential Jayawardene knock during his playing days.

Just where does Sri Lanka’s most reliable no. 4 stand among the pantheon of modern greats or yesteryears masters? In a career where a whopping 24000 plus international runs were collected at the back of a painfully correct technique that often brought bowlers to their knees, what stood out, for the dainty-built batsman were the heights he attained in Test Cricket.

Of the 11814 Test runs carved in Cricket’s most rigorous contest, a lion’s share of 9509 were scored at number 4. That’s not only nearly double than what a great of a similar calibre, Inzamam collected from the same position but nearly double than what Greg Chappell scored from the same batting slot. Interestingly, a modern master that Jayawardene outscores in this regard is someone he didn’t even come close to matching where flair and flamboyance were concerned: Brian Charles Lara, who’s collected nearly 2000 less than Mahela at number 4.

Does that suggest a silent victory of consistency and silence over the exultation of flair?

Who’s to say? But what can be said, for certain, some prized glories don’t even belong to the ‘little master’. The man to feature in Test Cricket’s highest ever partnership, regardless of position- a mammoth 624 (in 2006) bears Mahela’s name in what turned out to be an imperious lashing of South Africa, featuring the Colombo-born’s friend and wrecker-in-chief- Kumar Sangakkara.

That said, what comes across as a slant in the widely-respected achievements of Mahela Jayawardene when his career is viewed from an international lens is that how unsung it stands, with Mahela being among the rare talents who immediately gave an idea about their abilities right from the ball go.

That augurs us to go back in time, about several cricketing summers ago when on August 2, 1997 a petite looking Mahela made his debut, walking in whites against India with giants of Sri Lanka in the backdrop; Sanath, Marvan, Aravinda, Mahanama and Arjuna. In a Test that perhaps still haunts India for Sri Lanka’s pummelling of the visitors for a record score of 952- elaborately spurred by Jayasuriya’s triple, the studious right-hander contributed through a valuable but tiny 66 off 105 balls.

Even then, where he had demonstrated to Tendulkar, Ganguly, and Dravid that he was no minion in technique or grace, having guarded his wicket for 133 minutes, batting for the very first time at that stage, Mahela preferred to keep it low-key in his Team’s massive celebrations. He preferred to reserve that time to respect his senior’s success when he could’ve celebrated an impressive start, one that went on to produce 12650 ODI runs.

In that tone of conduct, that points to hailing the team above his own standing in the game rests Mahela Jayawardene’s under-appreciated and even less talked about legacy. 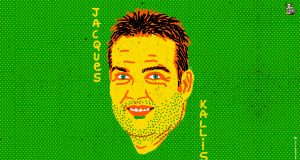 Dev Tyagi - October 16, 2017
1
Chances are, Jack Kallis will never command the number of fans Tendulkar does. There lurks in broad daylight a mortal danger of Kallis being...