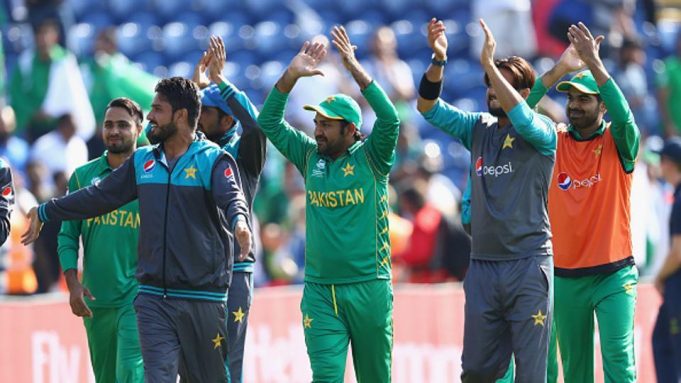 Not for nothing are Pakistan called the most unpredictable 50-over side.

Before entering into the Champions Trophy, Pakistan were staring at the bottom; hanging right above the 8th placed West Indies in ICC ODI rankings. At present, they’re the first side to have reached the finals of ICC mini world cup.

It must be asked, if for being ballistic and irrefutably surprising with their exploits, are Pakistan the North Korea of the sport?

Before they arrived in London, perhaps even before stepping afoot, nobody gave them a chance. Pakistan had no Younis. And had no Misbah either; thus missing a combined experience of nearly 16,000 ODI runs.

Honestly, with the way he went about his business, it didn’t even matter that Wahab exited the competition right after Kohli, Dhawan and Yuvraj’s hammering.

8.4 overs- 87 runs- 0 wickets: those weren’t figures from a harmless game of ‘book cricket’, something most kids delve into at school. This was the highest form of competitive cricket on England’s green tops, green like Pakistan’s present-day vibrancy.

But were those the only troubles confounding Pakistan?

If the near zilch playing experience of 18-year-old Shadab Khan (6 ODIs) and 27-year-old newbie Fakhar Zaman (debuting in CT 2017) was a concern in itself, it didn’t help Sarfraz Ahmed much that one of his premier batsman Ahmad Shahzad wasn’t in the playing eleven for crucial ties against Sri Lanka and England.

Still, they made it, walking a long mile of faith with nothing much but talent stitched around persistence.

Well, almost all the way through till the end, unless on June 18, Pakistan face a rather slack unit of Kohli’s that acts like a sleepyhead that can be put to task. But who’s to know? This is Pakistan.

Against them will be a side that is as formidable and certain of outperforming them as is a Tom Hanks capable of producing another captivating performance in his next blockbuster.

But great teams, it must be confessed, walk a one-way road toward their fans’ hearts, even if they crash out unceremoniously like an Australia or South Africa akin to a toddler attempting to climb a vertical staircase.

But, Pakistan’s no great of the game, right?

Unpredictability suits them like a candy hanging from the mouth of a petulant child.

But where most teams stand as structural behemoths of the game- Australia with their percentage of wins, South Africa for being giant killers, even though appearing as paper tigers on recent form, Pakistan, despite their vulnerable chassis, are able to plug it all together.

Interestingly, when it matters most.

So, it could be argued that upon India pouncing on Pakistan as Roman Reigns lashed on The Undertaker in the latter’s final hurrah, part of what’s largely become a one-sided rivalry, Pakistan’s subsequent victories over South Africa and later, Sri Lanka served up a good catharsis.

These weren’t lame victories, rather boisterous triumphs punctuated by the very guys none expected to hold centre-stage. Imad Wasim collected an economical 2 for 20 against Proteas, which was ably complemented by their bowler of the tournament- Hasan Ali- the 23-year-old tournament topping bowler with 3 vital 3-for’s in his scalping of 10 wickets. And somewhere as Pakistan’s bowling began re-organizing the scattered jigsaw of their game into a frame that makes sense, their batsmen came good.

Who would’ve expected a newcomer like Fakhar Zaman to carve not one but two glorious fifties at a global tournament such as this? With his 50 versus Lanka and later, a mini blitzkrieg of 57 against the vanquished hosts of the tournament, England would’ve surely riled abuses at Pakistan’s leftie, calling him, if nothing, but “a Fakhar of the highest order”.

But to top it all, under Sarfraz Ahmed, a captain who, quite possibly is the most compulsive talker whilst Pakistan’s bowlers mow down teams like Sumo wrestlers choking their rivals being grizzlies- Pakistan have a man fond of leading men into battle. And what suits their rabidly explosive and unpredictably fiery game- regardless of wins or losses- is this and this alone: battling. 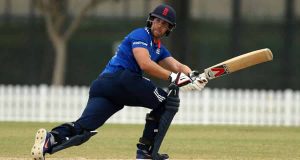