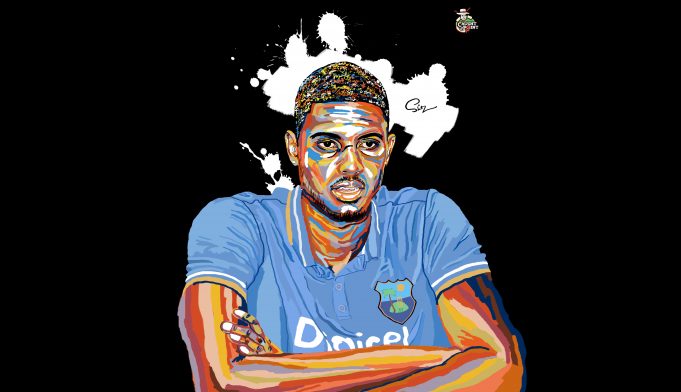 At first glance, Jason Holder might appear as an aggressive paceman, much like the shining stars of his West Indies’ elite cricketing past.

But while Cricket might serve a great ticket to visit nostalgia, it’s the present where truth rests. For a side whose fortunes have so often been tested from within by a somewhat megalomaniacal board as they’ve has been bashed in the proverbial ‘left, right and, centre’ manner- Holder seems to be the guy around whom hopes for West Indies’ resurgence rests. Or so it seems.

But questions about Holder’s captaincy skills remain. In fact, linger harder than the sound of the nastiest kingfisher grinding deep in the layer of the wood.

It is under Holder’s captaincy that the West Indies have plummeted to the ‘brink’; currently 9th in the ICC ODI rankings and barely a shade or two better as far as points are concerned in the Tests.

However, some recent triumphs too, surprising and sporadic that they might’ve be- have been earned under the Bajan’s leadership.

Remember, the West Indies’ famous 5-wicket triumph over England in the Third Test, Barbados, on May 3, 2015? While their currently exiled Darren Bravo took over the reigns of what might’ve been another notorious Windies batting collapse, with Blackwood giving the elegant leftie solid company, the win, then hailed as a ‘giant leap of faith for Caribbean Cricket’ saw captain Holder contributing with 5 precious wickets in the Test, including that of Joe Root as England infamously bundled out for a second inning score of 123.

Who can forget West Indies’ maiden win in the UAE, as the Holder-led side went on to defeat Pakistan at Sharjah? Fans, it could be said, might drink the poison chalice of their constant stint of defeats, given they can consume sweet-memories like West Indies’ November, 2016 triumph.

Broad shouldered, young and daring, Holder seems to have the power about him, if not the body language. No one likes a vapid body language. Nor does one appreciate the leader of a unit often shaking his head like a headless chicken.

Despite it all, Holder’s been the go-to man for West Indies; regardless of whether his all-round skills have got the appreciation, if not respect they deserve.

In addition to his 119 wickets in a 4-year-journey that’s seen sporadic team inclusions, sudden ousters and, waywardly moving journey in a team changing shapes and sizes faster than an F1 One car finishes a two-hour contest- those 9 fifties and 1 Test ton don’t hurt much. Do they?

It must be submitted that West Indian bowlers of yesteryears loved to hate batsmen, seldom hesitating to bowl a barrage of bouncers. On first impression, you could be pardoned for comparing Holder to an Ian Bishop- a dedicated servant of the game in the Caribbean.

But the task confronting Holder is no child’s play

Some blunders in decision making by Cricket West Indies, along with changing priorities of their so-called ‘star players’ has meant that Holder, at a tender age of 25 has acquired the status of the most senior statesman of West Indian Cricket.

And even as he’s often looked tense and found more reasons to complaint about and less reasons to reveal that affectionate smile, it must be respected- that he’s been going about his job sincerely akin to a dedicated student, multi-tasking between his evening sport assignment and daily math tuition.

Especially when, the reward for hard work may not necessarily bring about some change.

The fall of West Indies Cricket has been talked about thousands of times, where self-proclaimed experts and fanatics share their humble two cents about how they went from being the once mighty side into crashing down so rampantly in the sport that today- you don’t see the West Indies any better than a punching bag, famous for constructing mediocrity.

You don’t need a gothic stats book like a modern expert to fathom that the West Indies cricket has hit rock bottom with such rapidity that most of its supporters have turned their backs on it.

However, some staunch fans maintain a little cohesion and optimism can row their boat to safer seas.

This, in no whims or fancy, is Jason Holder’s West Indies, where a Rajendra Chandrika, who has a first class average of 26- has got a chance to represent West Indies.

With the national team having not even made it to the recently-concluded Champion’s Trophy in England, Holder’s men are in danger of suffering the ignominy of playing qualifiers for qualifying for World Cup 2019.

Amid such gloom, the Barbadian offers a glimmer of hope for largely, a young but directionless outfit.

While he’s no Ambrose with nagging accuracy, or a Pollock with the movement off the pitch, Holder has shown immense pride in playing for West Indies. And is willing to make sacrifices for their game’s betterment.

Thus far, Holder has 10 wins and 25 losses in 37 One-day internationals and 2 wins in 10 tests along with 8 losses in his resume.

Even as it might not be the game’s most valuable triumph, Holder, it could be said, isn’t like Darren Sammy or Dinesh Ramdin for he’s got his own way of dealing with dilemmas.

Holder’s career hasn’t been all that great, thus far, but equips him with vital knowledge and a chance to make it count amidst the somewhat unreal ask of competing with sides that’ve often horsewhipped Jason’s dilapidated mural called contemporary West Indies unit.

Frequent new inductees to the side are as common a problem as is malnourishment in West Africa.

The Windies captain is also getting around youngsters like Jason Mohammad, Jermaine Blackwood, Alzari Joseph and Miguel Cummins- their next gen cricketers- in an hope to further help resuscitate their game.

But as it often happens, there’s a pause when the jury is about to consider its verdict.

And must we therefore spare Holder our knives of ill-formed or hurried opinion: that just what has he done for the West Indies?

Jason Holder is the second youngest captain- aged 23 years 343 days (only behind Jackie Grant by 126 days).

It helps to have received dollops of praise from someone like Sir Viv.

Lara’s, in fact backed him by saying – “He can be an awesome leader.”

But here’s where Holder’s record often outperformed his critics

Before the third match in the series against Pakistan, Holder said – “Obviously, the patience is running out with the public. But we’re still human beings. We’re very young on the international circuit. You’ve got to bear with us a bit, but it’s important we learn as quickly as possible.”

The series against India and then a tough England tour will serve as a litmus test for Holder and his men if they’re to recover from the hubris of despair their Cricket currently finds itself in.

But for the time being, let it be known that now- more than ever- the West Indies are playing for pride.

Can Holder ignite their fire? 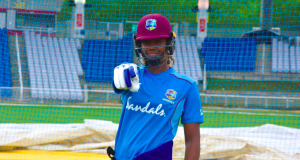