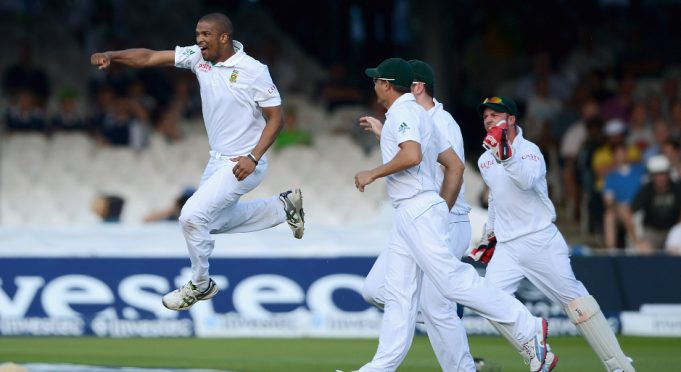 We often speak about Pakistan cricket’s ability to churn out raw pace sensations literally out of the blue. In fact, we tend to get so obsessed with their pace factory, in an almost clichéd fashion, that we forget to admire other Test playing nations whose talents stoke the game with flair and brilliance as only few can.

South Africa, for one, have been exemplary in producing some truly outstanding fast bowlers over the decades with great regularity. Fanie de Villiers and the temperamental Allan Donald were arguably the best of their times.

A man of fiery passion and explosive pace hardly missed the timber. In leaving an indelible mark in world cricket with his exceptional performances, Steyn would find injuries knocking up that rabid frame of his.

But, now it seems unlikely that we would seen Dale Steyn, a man with 417 wickets in his Test kitty to return to spearhead South Africa, any time soon.

One would have thought that given the impact Steyn had had on his team’s fortunes over the past decade – the man has close to 600 international wickets, after all – South Africa would struggle, at least for some time to fill that void.

That, however, hasn’t happened.

The current South African pace unit – the one that is deployed in England for the Basil D’Oliveira Trophy – has been pretty outstanding. Although most of the attack is relatively inexperienced in the international fold, they have still been consistently brilliant and have shown traces that they are likely to be the future of South African bowling.

Leading this charge is Vernon Philander, the second-fastest in Test match history to reach 50 wickets. He doesn’t have raw pace in his arsenal. But what Philander does have is an ability to keep things simple, a trait which isn’t much appreciated these days. He keeps bowling nagging lengths in the same channel – the fourth stump, outside off – and then gets the ball to drift a little. He loves targeting the batsman’s pads and generally induces the edge.

Philander remains unruffled even when the wickets don’t come. His patience level, almost annoying for batsmen can curb ‘runquakes’ so to speak. Last summer in a Test against Australia at Hobart, Philander burnished his Test record courtesy bowling five successive maidens. And that is why, we must focus on what matters most: almost a miserly bowling average of 22.2, that stands unmoved since 2011; the second-best among seamers in the period.

The second man who’s given a new dimension to the South African pace attack is Kagiso Rabada. All of 22, this tall, lanky fast bowler has been absolutely brilliant from the moment that he burst into the scenes with his incredible spell of 6-16 against Bangladesh in his debut ODI. Ever since, Rabada has gone from strength to strength and is one of the very best specimens of his clan today.

Having the ability to clock over 150 clicks, Rabada is a handful on any surface with his seam and pace. His yorkers and bouncers, especially, are deadly and can square up the best. In 18 Tests, Rabada already has 77 wickets at an excellent average of 24.09. The youngster is fit, has oodles of energy and never shies away from bowling long spells. He has all the traits for becoming the best in the world in the coming days.

Then there is the ever reliant old guard of Protean fast bowling- Morne Morkel. Morkel might be nearing the end of his successful career but is still going pretty strong. At times it does appear that Morkel isn’t his usual self without the company of his compatriot Steyn.

But he still has the pace. And that’s where the glory lies, doesn’t it?

That familiar steep bounce and seam movement haven’t betrayed him. Plus, he gets those crucial wickets despite having not had the chance to feature regularly for the last couple of years. But few would doubt that Morkel still has some zing about him. In the ongoing Test series against England, the lanky pacer has already scalped 9 wickets in two matches.

A hardworking bloke, Morris has made his way up through consistent performances. Widely considered as a T20 specialist because of his heroics in the format, Morris has shown the gumption to excel in the longer format as well. Though he doesn’t have the raw talent that Rabada has, Morris, through sharp accuracy, stout discipline and superb pace, does the job well. A great feature of Morris is that he doesn’t rely on the pitches. He simply races in and keeps bowling those tight lines over after over offering very few loose balls, which hence makes him the perfect fourth seamer. Very new to the Test arena, Morris adds a great balance to the Proteas bowling unit and has a bright future ahead of him.

And lest one forget, South Africa also have the talented Kyle Abbott, albeit in the reserves. Abbott has spent most of his Test career warming the benches but has grabbed at the opportunities whenever they’ve come. Like he did against Australia last summer. Abbott’s 13 wickets in two Tests at a miserly 14.84 were instrumental in South Africa’s 3-0 sweep of the hosts. Abbott’s ability to extract prodigious seam movement on good pitches makes him a dangerous weapon. He is also one of those bowlers who make batsmen play every ball. It would be interesting to see how South Africa use Kyle Abbott in the coming seasons.

It must be asked, therefore, if he can take Morkel’s spot whenever that is vacated?

With such great variety and skill and now, not on the backburner, the South African pace battery is lethal.

They might not have the fiery rage of Steyn any longer, but this unit has loads of firepower to dismantle any batting unit. Though this attack is still at a nascent age, they have shown traces of exceptional talent and it will be quite fascinating to observe how they unfold in the coming years. 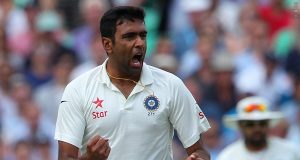 Ravichandran Ashwin: What’s the secret to the sorcerer’s success?

Abhishek Srivastava - December 28, 2017
1
It has been a rollercoaster ride for India’s premier spinner; one praised for his success and riled for his failure to perform in alien...