It’s nearly a day and a half on the cricket pitch.

Better still, a byline for yawning.

Not a West Indians’ view. Not Gayle’s or Sammy’s, and not mine either.

Chanderpaul was ‘darn’ slow a batsman. He was boring. Everyone lodges a complaint like a petulant child.

But the man whose batting style has often been likened to a Baseball exponent finds regard from the likes of Angus Fraser, Pollock and, Andy Caddick.

They reserve respect for the Guyanese’ ability to bat for long hours.

They often found the blunt edge from that familiar Gray Nicolls blade guiding down an outgoing delivery past the third man boundary. If it weren’t a cocky edge, it was an intentional nudge. When not with grace, then backed with great intention of playing it late and safe.

Chanderpaul, it must be added, demonstrated to teammates the value of toil; the impact of rigor. Sad then that the West Indies still haven’t learnt the lesson.

Neither has the lust for hitting mindless strokes subsided, nor has a bounty been placed on their batsmen’s wicket.

Hooper and Sarwan, two of Chanderpaul’s famous Guyanese compatriots, regarded for batting for long periods have faced somewhere around 24000 deliveries in Tests.

But in facing 27,395 deliveries, Chanderpaul has batted for over 3,500 deliveries, which is not only approximately 169 T20 overs, but has in fact faced a staggering 7600 plus deliveries than Brian Lara.

That ability to stay put and, the craft to move journalists to etch headlines that often read: “Together with Lara, Chanderpaul rescues West Indies”, made Shiv’s contribution second to none in saving West Indies from downfall- a state that’s now become their constant shadow.

Even in an age of mindless heaves, one that predominantly rests with T20s and smartphones, where the game’s become popcorn -styled entertainment, coaches and upcoming connoisseurs of batting watch a Chanderpaul knock, revisiting that deft flicks and unhurried leg glances.

Be it his unbeaten 128 at Lord’s, albeit in a losing cause or that mesmerizingly quick-fire 150 versus South Africa in South Africa, Chanderpaul too was mainstream media material during Lara’s reign.

You instantly felt good for the man behind the familiar sight of kissing agrassy turf upon completing yet another painfully collected hundred.

And, when a Lara blaze didn’t serve you the kicks, Chanderpaul’s resilience provided respite. Then, whether you speak of their decline in the late 1990s or the continued struggle to find stability even beyond Lara’s departure in 2007- the Guyanese kept up the fight; uncomplainingly, without a fuss.

But where does that leave the thinly built left-hander vis-a-vis Calypso legends?

Does it bother you that despite striking more hundreds than any of the West Indies’ former legends- whether you speak of Sir Viv, Alvin Kalicharan, Lloyd, Kanhai, or even Sir Frank Worrell- the game hasn’t yet decorated a garland of respect for the nimble looking Guyanese?

A further 8700 plus ODI runs. Even Laxman, Astle or Mark Waugh haven’t gotten there.

In fact, the Aussie arrived in the one-day arena, a whopping 6 years prior to the Guyanese.

So why then must we ask, is Chanderpaul’s contribution toward steadying West Indies- a side often as short on batting talents as is a heavily undersupplied field marshal at the warfront not given its due?

This only points to a somewhat acerbic perspective.

A harsh critic of Chanderpaul’s West Indies, and a legendary bat on his day, Ponting shares the near impossibility to set the ‘ideal’ field to Lara. The whirring blade would often dissect the cleverest of fields with surgical precision.

But here’s what’s worth taking a look at.

You remember Lara’s epic 375 in 1994 wherein that unforgettable hit on to the legs off the pads on Chris Lewis notched up a mammoth score that toppled even Sir Sobers.

But while you remember Lara, you don’t remember Chanderpaul, who was batting at the other end. Do you?

The Trinidadian aptly summarised Shiv’s impact on the game, ‘while there was no competition between us, what helped me immensely was that Shiv allowed me to play freely’.

Lara, whose 11953 Test runs would’ve been easily eclipsed by Chanderpaul, had Dave Cameron not chopped Shiv off the block like a gardener plucks a mango from the tree lamented how the gritty leftie was denied a proper send off.

But in an age where histrionics often overshadow substance and where partnerships are being increasingly defined by lucrative media deals instead of the grind on the pitch, it is heartening to revisit the time where the famous Sarwan-Lara-Chanderpaul trinity roared on 22 yards.

If Lara was about sublime timing or flair and Sarwan about producing stoic innings, then Chanderpaul was pure grit and a love for the grind.

A bit like Dravid, but with hints of Mahela.

Never complaining about the lack of recognition that came his way, Chanderpaul might not really complain about May the 13, 2003. Or would he?

In enabling his West Indies go past an improbable ask of 418 set by the Aussies, Chanderpaul, along with Sarwan produced a magical, fighting hundred at St. John’s, Antigua.

Not even McGrath’s fearsome pace would daunt him. Warne tried and gave in.

Even explicit language failed to perturb the languidly walking bloke who fired an exquisite 104 of 154 balls.

All that said here’s the pertinent Shivnarine Chanderpaul question?

Where would you place Chanderpaul- often described as a Test specialist, in your line up of greats?

The point about his somewhat esoteric legacy isn’t restricted to the 43-year-old being an unsung hero?

Or, why the man gifted with immense skill and obduracy was often dubbed a boring cricketer.

Isn’t it insulting to dub a man responsible for striking 41 tons and 125 fifties as the beholder of a ‘crab-like’ technique?

One’s not sure if Chanderpaul loyalists have mugged the Oxford or Cambridge dictionary to appreciate this garland of respect often tied to him?

One  reckons, it won’t really matter to Chanderpaul, a man who left the game in the same manner in which he played it for over 2 decades: with resolute focus and unwavering concentration.

Cricket still continues to be a gentleman’s game. A game played on merits of concentration; a sport of dignity, a source of pride for those who value character over shenanigans.

Shiv’s game- it could be argued- relied on patience and echoed an integrity that most of us attach to the yesteryear’s.

Where does that leave you about Chanderpaul? Do you love him more now or do his numbers still fail to drive the point? 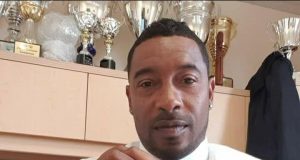 Cal Blankendal Is Kicking Up A Storm In Cricket Content Through...