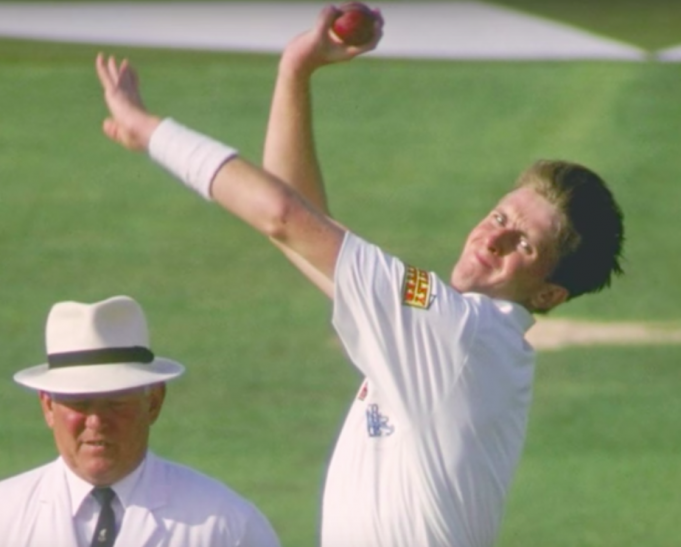 As Edgbaston basked in the history for hosting the First ever Day Night Cricket Test in England, we turn over the history books between England and West Indies , the two sides involved in the momentous occasion

England and West Indies have a history of close shaves, ugly fights, low scoring contests. But in the heat of current cricketing action, we often leave behind some nostalgia. Ever wondered just how intense and fascinating was the dream debut of 1990s bowling sensation Dominic?

Let’s fast forward to the past. It’s Lords in 1995. It’s Dominic Cork at his bloody best.

But up first, a little background about the then ‘present’ day: As West Indies arrive in the English summer of 1995, there are murmurs. Richie Richardson’s men are up against an England, badly thrashed by his West Indies for 15 long years as far as the Wisden Trophy stands. Could they expect a turnaround? Who was it going to come from? How bad could things get, considering Richardson, Hooper were in great form in those fiery days of 1990?

Of late, watching an England versus West Indies is like a nerd competing with the most proficient athlete at his school. The West Indian pacers continue to make English batsmen do hip hop to their tunes, at times sending them to spend some peaceful time in hospitals. Bowlers are treated like they have breached an ‘Army’ code; they are made to toil in sweat. All day long.

In the series where a certain ‘Corky’ was birthed into Cricket, West Indies pace battery demolished the home side by 9 wickets. The first Test at Leeds, was forgettable for England.

Media fears England would be humiliated in their own conditions, circa 1984 and 1988. The selectors make a change, bringing in Angus Fraser and Robin Smith, the experienced duos who were sorely missed in the butchering at Leeds.

The biggest surprise was omitting Phillip DeFreitas, who played a significant role in a rare Test victory in Australia, a few months back.

Here’s a bit about Cork. Dominick Cork – young, energetic and above all- a unique fast bowler who believed in giving it back to the opposition- was as handsome as they came and as clever as batsmen would hate to face.

Could this hold key, England would wonder?

In those days, it wasn’t too far fetched to see a character.

So Cork, who became England’s Test Cricketer no.572 took to the field in his debut game at Lord’s.

But just when you’d wondered about Cork being a frontline bowler, he contributes a handy 30 with the bat.

England compile a useful 283, helped by vital half centuries from Robin Smith and Graham Thorpe. West Indies? They go slightly better at 324 in their first innings.

Angus Fraser who picked up 5 -66 on his return proves his worth to the team. The Test hangs in balance and England need to put the foot in the door and steam up some temperature on the West Indies in the fourth innings.

Robin Smith is at it again. So is the quintessential West Indian pace battery. Curtly Ambrose, Courtney Walsh and Ian Bishop.

Smith makes a Braveheart 90 while Graeme Hick’s 67 helps England amass 336 and give Richie Richardson side 296 to chase on a deteriorating Lords Pitch.

You immediately wonder, what’s it going to be? There’s Richardson. There’s Hooper, and of course, Lara.

But by the end of the fourth day, the Test is hanging on the knife’s edge as West Indies are 68-1, needing 228 runs to win with 9 wickets in hand.

Sherwin Campbell- playing a brilliant innings probably inspired by Graham Thorpe (who returned from St. Mary’s hospital after being hit by a Courtney Walsh beamer a day earlier) is hanging in there. Things are unsettled from an English perspective.

And that’s precisely when, on 26th June 1995, which was the fifth day of the Test, Lord’s unfurls a grand upset.

Dominic Cork is introduced into the attack, after Stewart had picked a brilliant catch on the legs to dismiss an in-form Brian Lara. England find hope; as Lara walks back.

At 124 -2, Cork comes zooming in and dismisses West Indies Mr. Dependable: Jimmy Adams. But wait, the damage is about to begin.

He further wrecks the middle order, dismissing Richie Richardson and Keith Arthurton. At 6-198 during the second session with Sherwin Campbell fighting it out with the target below 100, anything seems possible.

Those, who might have watched from the comfort of their homes might’ve chugged another beer. Those, who didn’t have beer, chilled in nervous excitement.

But unbeknownst to all, Cork, in midst of an impressive spell catches Gibson plumb in front. He is unsparing. His speed? Searing and discomforting- ask Campbell. And what’s more?

Cork is only beginning to cut loose on the West Indies.

When an inside edge was found off Sherwin Campbell, who was out after a brilliant 93, England truly realised the worth of a man who was, by no stretch of imagination- their very own Alan Donald.

What followed next were two more wickets.

Windies were bundled out. Cork led the butchering this time. Roles were reversed and the game was won.

Flashback to the present

One wonders, how must have that feeling been when Cork found his name on the honors board of Lords, as also among record books?

What must’ve gone in his head as Cork registered the best figures by an Englishmen on a Test Debut?

It was also England’s first victory over West Indies at Lords since 1957.

Cork was declared player of the match and next day his pictures were all over the English Media hailing him as a “New Botham “.

But then, not everything was sad from a West Indian perspective. Soon, the Proteas found find Corky heated and worked up.

Can Bismah Maroof Lead A Pakistan Women’s Resurgence In The T20 World Cup 2020? 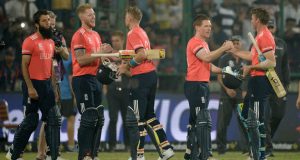 Can England make it count big in Champions Trophy 2017?

Abhishek Srivastava - May 31, 2017
0
It’s been 25 years since the English cricket team was last dubbed among the top favourites in 50-over Cricket, let alone possessing the coveted ‘favorite’ tag. England...