AB De Villiers has got a huge problem. It can’t be fixed ever. It seems. He gives you no time to settle down. You are not allowed to stare into his abyss of emotions.

When you attempt to separate the man from those big sixes and huge records to look for emotions, they begin to fade away. You are left scratching the head looking for signs.

And it seems you can’t give him emotional company. Even when it feels he needs it.

It was no normal day. History was made. Steyn was hit miles into the stands. Grant Elliot hurried to console the big guy. New Zealand made it to the finals. South Africa didn’t. Losers, who call Proteans chokers, went about usual business.

And suddenly amidst euphoria and tears, anguish and pain one saw De Villiers. Charging off the field! There were tears, mind you!

Gutted. Absolutely gutted said the great man and moved on

Not a word more. It was as if that blinder 65 off 45, hadn’t happened. Off course no drink or music would’ve helped. While fans took months and months to get over the pain, AB cruised along.

Cricket can come to haunt you if you don’t move along. And AB is no ghost. Even though he is cricket’s bogeyman for opponents who can’t bog him down. Many have waned out trying since 2004. But he keeps coming back.

Perhaps hammering New Zealand immediately post the World Cup was AB’s way of dealing with it. First up came a quick-fire 33 off 21 sealing a T20 series win. Then came a mini blast, 64 off 48.

It’s usual here to make gods out of cricketers. Thankfully, De Villiers has been spared the idol-worship. We have winged him in our appreciation of his incredible batting.

The Superman was last here in 2015. But no wonder he isn’t being missed. Kohli, Ashwin, Rohit, Pujara are happy he’s away.

3 back-to-back hundreds were scored. Kanpur, followed by Chennai and finally, Mumbai couldn’t keep calm for AB had struck big. His scores read-104 off 73, 112 off 107 and, 119 off 61! India had no answer but simple, honest regard. Even Kohli couldn’t help but smile.

As he has! Always. When these two play for RCB, they aren’t just a Superman and Cricket’s new master blaster duo. They are one team. One unit.

And this completeness, playing for the team’s cause makes AB a consummate cricketer

Which batsman wouldn’t want to own a big moment in the media, such as AB’s 3 centuries in India? Even Lara hasn’t matched it. Mark Waugh hasn’t. Not even Sanga or Mahela.

But AB, now close to 17000 international runs and 45 hundreds doesn’t really care. What makes us want to tip our hat to him is the so little of media he comes to own even when he knows its all his.

Remember Johannesburg. Those 45 balls that changed the game! He jumped. Thumped the fist in air. But that was it.

AB’s exultations stay on 22 yards, leaving behind which he enters another game

Contributing to Protea fire- a unit with no mean names- Amla, de Kock, du Plessis, Tahir, AB is the glue that binds all together.

Even in early days, he rallied around Kallis and Smith. Today, as a new set up flourishes around Du Plessis, with the likes of Rabada and Miller taking shape, its AB’s inspiration that grows on the unit.

So what next can we expect from AB?

It could be argued that AB’s already scaled many peaks. Kiwis are to play South Africa in a few days where he leads.

A series win could be a great build up for June’s Champion’s Trophy. AB would love that. Even if emotionally, he won’t be reminded to settle scores. The first T20 is at a familiar ground: Eden Park, Auckland.

Can it drive something out of him, like an explosion?

But fans should know AB wishes to play more of T20. Strike rate? A threatening 132! That seems a good decision.

The national side’s in Du Plessis’s safe hands. Look around you. By the tick of the clock T20 leagues are mushrooming. Who wouldn’t want more of AB in T20, where batting madness meets entertainment?

There’s an IPL to happen in 2018 next. Fans could expect fireworks. And bowlers would dread it. Having more of him in T20s augurs well for Cricket. In an age flourishing on entertainment, a lot depends on that familiar Kookaburra blade.

Trails have been blazed with that in AB’s hands.

What’s more- the reticent Mr. De Villiers is only 33. That’s ridiculously young for a man who, it seems, has hardly broken any sweat. So what are we waiting for? A potential thundering comeback versus India? 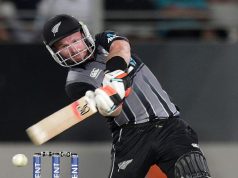 How Important Is Tim Seifert For His New Zealand? 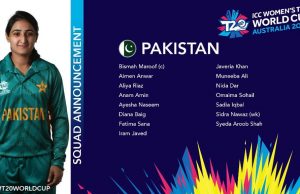 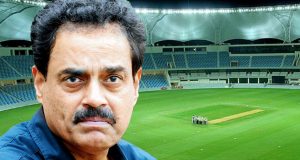 The May 7 heartbreak – Dilip Vengsarkar And The Fall Of...