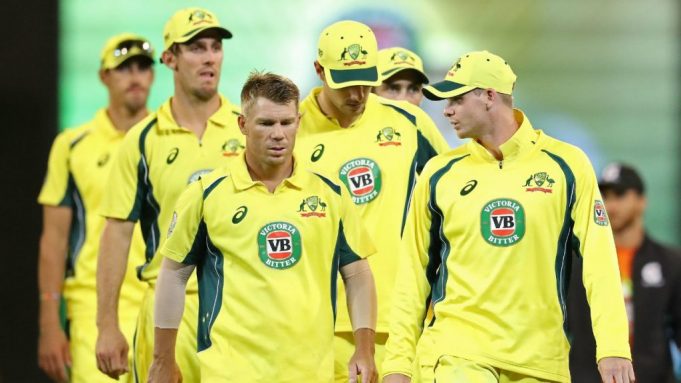 They were really nowhere in the Champions Trophy early this year. India marauded them at the sub-continent as well. And what’s more: Bangladesh recently defeated them. It doesn’t help that Australia have also had to deal with a bitter crisis ensuing at the board’s level, tied to their players.

What’s going on really? Here’s an attempt to make sense of the current crisis of the Australian Cricket, for it might ‘pay’ well to get over it.

As Josh Hazlewood is struck LBW off Taijul Islam , the whole of Bangladesh goes berserk, they have achieved their first test victory against Australia.On the other hand the Australian are shell shocked ,those back home were aghast to see the dire situation in which Australian cricket find itself in. Winning the Second Test and squaring up the series was hailed as salvaging pride and if we add Pune test win earlier this year,the numbers might look attractive but in actual, the fact is that Australian team has been at sea while playing in Asia.

Since October 2008 they have been miserable in this part of the world. Of 26 tests they have played during the period they have only won 4 and lost 17 of them, a sole series win came in 2011 in Sri Lanka. Adding insult to injury, they’ve been dominated by England in England where they have won 3 tests and lost 8 during the period. Wins at Home and a dominant record in South Africa, only New Zealand and West Indies have saved them from humiliation.

However of late the way Australia have started to succumb and look vulnerable is something that can be simply attributed to failure, a crisis resulted from a muddled thinking than results .There is multiple reason of the situation in which Australian Cricket finds itself currently ,one of the primary is the change in policy of selectors who have started to prefer a cricketer who can be jack of all trades but master of none ,a gradual shift from the strategy that made Australia a Champion team without an all rounder and selecting best players to represent Australia.

The obsession to try out players like Shane Watson ,Mitchell Marsh and Glen Maxwell is evident of this thinking , even player like Moses Henriques have been tried only because of his all round ability. None of them lived up to the expectations or were even able to contribute consistently to team’s cause. Second reason is that once touted as the most prestigious domestic competition in World Cricket Sheffield Shield has lost its charm and competitiveness it once had primary reason is Cricket Australia’s decision to give more preference to its richer son Big Bash League, a T-20 league where entertainment is primary unlike Sheffield Shield where the most talented players are giving a window to enter National Team. The Futures League, once known as the state second XI competition, is now 75 per cent composed of young kids in the elusive search for the next superhero.

Players were once told that if they do not practice hard at club level they will not be picked for it and without their club they wont be picked for state and ultimately for the baggy green. The prestigious tournament which used to be breeding ground for future baggy green aspirants have turned out to be a developmental kindergarten.

Usman Khwaja, David Warner (barring few centuries) Glen Maxwell, Matthew Wade and number of Australian Batsman have failed to show the Patience, technique and temperament to succeed in these conditions, what is even more concerning is that the same batsman have failed in England, a country where Australia have enjoyed lot of success before start of 2009.

No more of instability, only Resurgence should prevail

Australia does not need any more in stable policies in fact it needs self determination from its players and administrator who must prioritise that going up is only target for Australian Cricket and for that some consistent and serious steps need to be taken.

Firstly efforts must be made to reinstate the prestige of Sheffield and organize it in Major cities with best players, add to that Australian selectors must identify the pool of players who can represent Australia, A second class average shouldn’t be called up only to prove himself at test level. If Chad Sayers is capable he should be in team over the players like Maxwell. The top players must be identified and should be asked to spend time on the Club and First class level.

Players like Jake Weatherfield, Kutis Patterson, Jake Lehmann, Travis Head, Chad Sayers, Jackson Bird must be given longer rope to hang on to, quite like Matt Renshaw and Peter Handscomb: arguably, the two biggest finds in recent times for Australia.

For all the talks of crisis, this seems more likely to be a state of thinking where Australia must return back to the policy of providing baggy green to those who are willing to grind at state level rather than who are only deemed naturally talented.

Had this not been their decorated precedent, the world may have never seen the likes of a Steve Waugh, Justin Langer or Jason Gillespie. 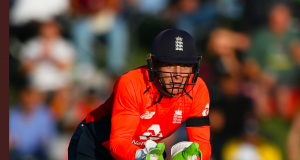 Where Does Jos Buttler Ideally Fit In England’s T20 Line Up?

Prashanth Satish - July 18, 2020
0
Probably one of the most debated topics with regards to England cricket’s T20I setup is the discussion around whether Jos Buttler a T20 superstar...