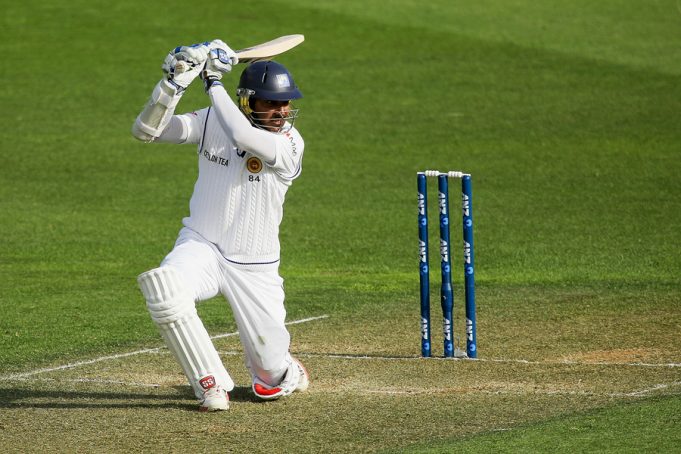 It was March 18, 2015. Sydney was going wild. Even before a ball was bowled, you could sense the quarter final was building up like the nervy opening minutes of a jam packed Metallica concert. With Steyn, Morkel and Abbott steaming in hard, the SCG was a sight to behold.

But in the Sri Lankan camp, all hell broke loose within minutes of the start 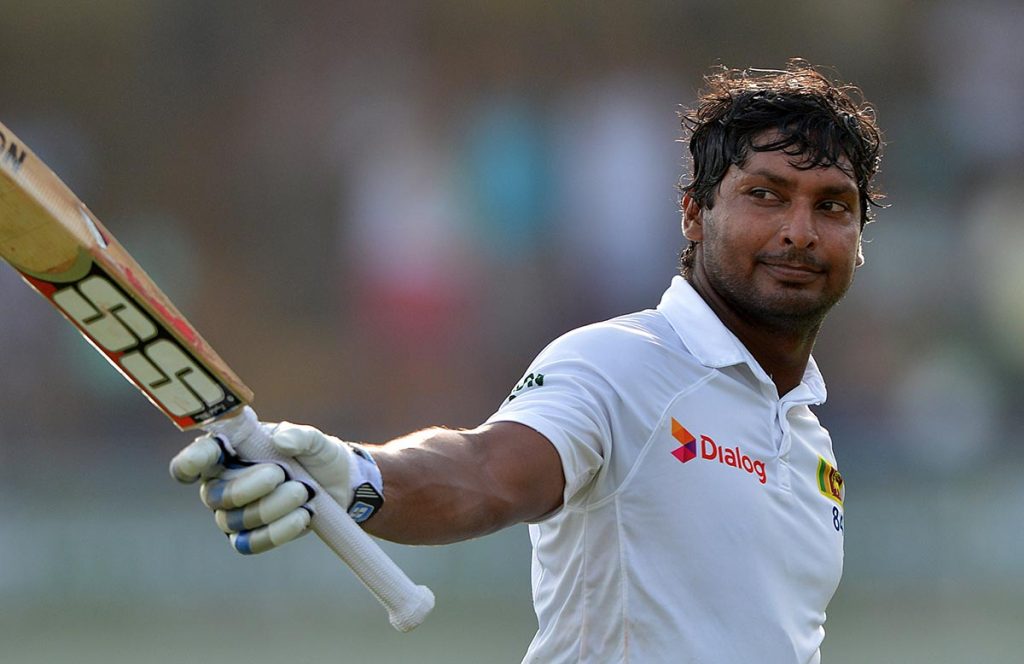 From 1 down for 3 to 2 down for just 4, Sri Lanka saw themselves holding the wrong side of the stick. It took South Africa just 37 overs to pull them to the ground. Their score read a paltry 137.

But amidst the mayhem, one man stuck it out.

In keeping Steyn and Morkel at bay, Sangakkara essayed an uncharacteristic display of batting. His staying out long for 96 balls and scoring 5 shy of what would’ve been his 94th fifty meant that cricket was beyond oomph-inspiring strike rates. It meant that not all of cricket was about giant heaves or big thuds blazed from the middle.

Sangakkara, then playing his final game personified patience. His knock pointed at making the most of what already seemed a lost chance 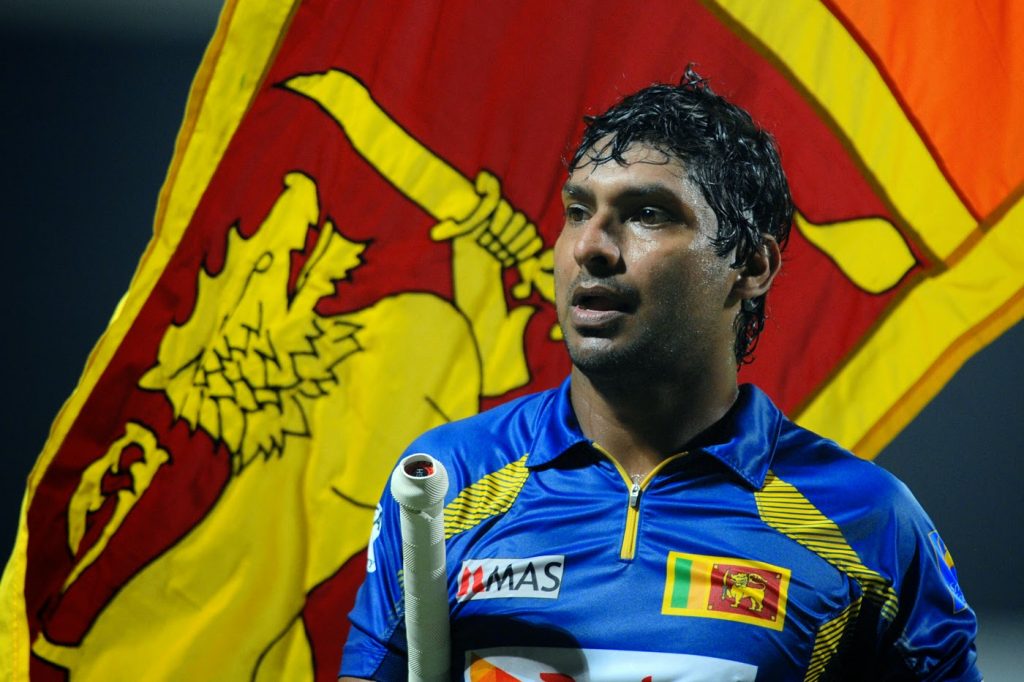 His facing up to a barrage of short balls and racy in-swingers was akin to an ardent practitioner of jazz sitting through a never-ending concert. You know where the exit gate rests; you just decline to give up your seat.

In doing so, a young side side saw how biting pace and non-negotiable leg spin could be restricted from clawing onto the stumps. Against a feisty band of South African bowlers, Kumar Sangakkara essayed grit; a fascinating demonstration that has narrated a career where he’s decorated the sport with more wonders from the bat than those egged on the face of the earth.

Just a few days back in the revered ICC World Cup 2015, Sangakkara’s blade was oozing fire. On March 11, Scotland learned the art of graceful butchery as Sangakkara hammered 124. A few days back, Australia had failed to keep his blade quiet as he scored 104. No yorker from Mitchell Stark could break his defences. No bouncer from Hazlewood would escape the pricky pull from the familiar Kookaburra blade. Before that, England failed to dismiss Sangakkara, who blazed an unbeaten 117, as did Bangladesh, when Mushfiqur Rahim’s team just couldn’t get to dismiss the Matale-born. He went on to fire 105.

As fans you wondered, are these numbers from a 38-year-old? 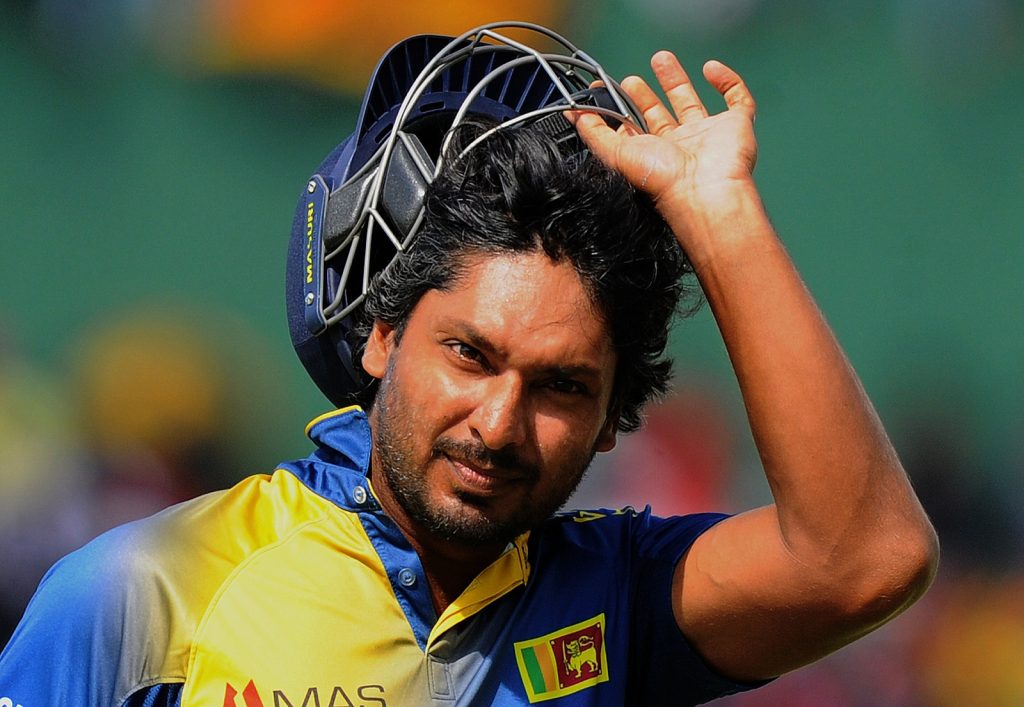 In a game where fans ooze as much love for the smashers of the red cherry as for elegant artists- the likes of Jayasuriya, Hayden and Gayle finding great regard like eternal greats such as Sachin and Lara- Sangakkara, one felt, was the equaliser.

His game prompted you to walk the middle path on cricket’s incorruptible fabric: the great love for batting. Amidst unshakable names that commanded as many nicknames as uplifting feats- a Lara being heralded for being not only the Prince but the man behind 400*, a Sachin being the master blaster but also the god of cricket, Dravid being the Wall for scoring 13000 Test runs and, Hussey impersonating Cricket itself- when it came to Sangakkara- one reckoned, just the stats were enough.

How else would one justify mind-boggling numbers such as 26,000 international runs, 63 centuries, 145 fifties and a Test average nearing 58?

How often has Cricket seen a batsman do pretty much everything humanly possible on the 22 yards and yet remain sane or sagely aloof from the squalor of fans who never seem that interested in staring beyond the record books of a Bradman, Lara or Tendulkar?

Neither did Sangakkara ever need to wear bling on the ground.

When on song, just his graceful presence cornering dark clouds away from Sri Lankan dugout was enough.

Cricket loves a mercurial hero; someone capable of repeating the unfathomable. 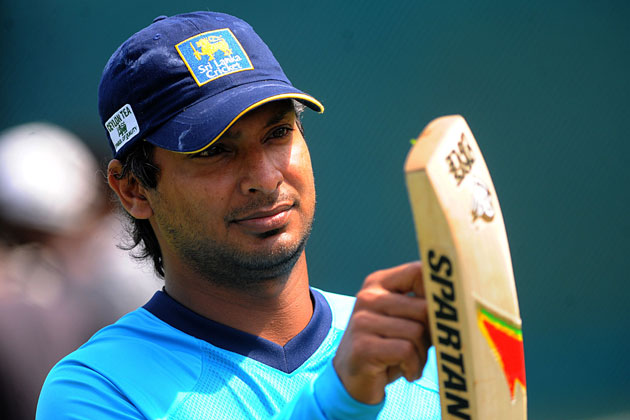 We regard an Afridi for throwing opponents outside the park with perhaps the same disdain you find a Sehwag beating his attackers from the pulp of his blade. We have loved a Lara cover drive, whether it’s during that historic 375 or in that herculean 400. We can salivate endlessly to watch a repeat of Sachin’s Sharjah heroics.

Over the years, the quiet studiousness of a Dravid and Kallis have sobered us.

But ever wondered what comes to mind when anointing something symbolic to Sangakkara? 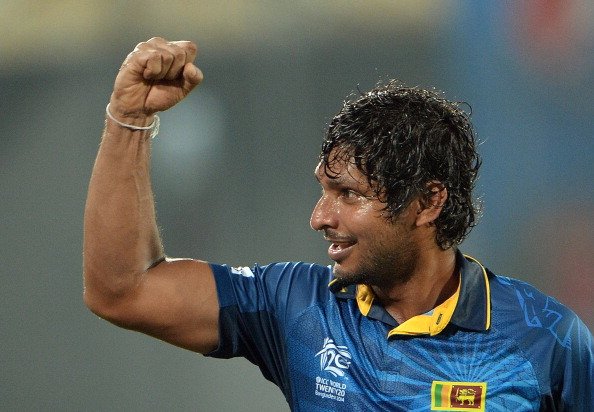 He showed glimpses of it in his princely 192 against Australia at Hobart. He demonstrated it time and again whether contributing 287 of the 624 runs that were compiled alongside close friend Mahela or during mammoth blitzkriegs such as striking 10 Test hundreds versus Pakistan.

Perhaps it wouldn’t be anywhere close to a misappropriation to suggest that when it came to Sangakkara, it boiled down to doing the difficult with great easiness.

So whether you recollect his 52-ball 64 in ICC World T20 2009’s final against Pakistan or that flamboyant unbeaten 138 against India at Jaipur when he literally toyed with Pathan and Agarkar- Sangakkara might be dripping in sweat, but it were his opponents who breathed a sigh. Never of relief; always of concern.

Once out there, his job was simple: to bat for as long as possible

His opponents- be it a determined Pollock or a seething Donald in the early stages or the talismanic Ashwin or a fuming Steyn in the latter- to do the untenable- contain a Sangakkara storm.

All that said, it must be asked if runs and the glories were what Sangakkara was himself after? For a bloke who gave up competitive tennis aged just 16 and for whom the mere utterance of the term litigation or referendum once spelled a bold career move rather than just bright-eyed inquisitiveness, Sangakkara had set his eyes on climbing just one mountain: that of striking 30 Test hundreds if not more.

Then, to finish with 38, several more than Steven Waugh and 4 more than his own idol Brian Lara’s tally, Sangakkara remained a figure of great conduct and tremendous dignity. If Cricket is a game of gentlemen then Dravid and Kallis have Sangakkara in their august company 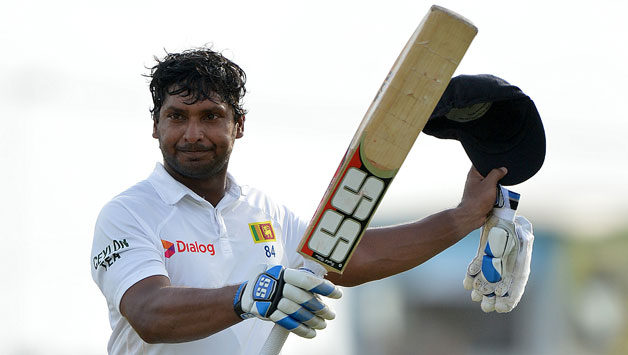 If this is a sport of prized statistical achievements, then here’s something that even Sachin would find cringe-worthy: it is Sangakkara and not Dravid or Lara as the holder of the record for 10 double hundreds in Tests.

But if you break down the sport, peeling off layers that shine with grandeur and sparkle with magnificence then you’d find a straight-forward, uncomplicated Buddhist riding some unmatchable peaks of the batsmanship. No other Sri Lankan since Sangakkara or before him has compiled 9900 plus Test runs from number 3. This is when for a large part of his career, Sanga braved heat and sweat from behind the stumps, often diving around in the sweltering heat at a Sabina Park or the unpardonable cold of Nottinghamshire.

For a sport that often sides with records when deciding the greatness factor, it must be impact that should serve as the true measure of an athlete. 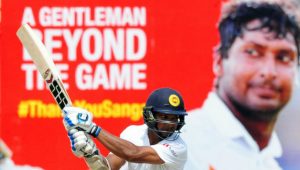 And it isn’t too difficult to spot where Sanga counts highest.

Together with Mahela on song, he guided his side to memorable heights such as winning the ICC World T20 2014 competition, a contest where one thought only the West Indies regaled and taking Sri Lanka to the finals of the ICC World Cup 2011.

Today, just a mere utterance of Kumar Sangakkara’s name quantifies to serving up a reprieve in these punishing times for Sri Lankan cricket. Does it not? 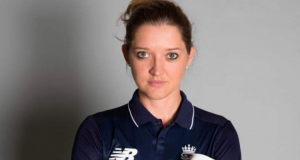 A Pleasing English August: When Sarah Taylor Arrived In The Game...

Dev Tyagi - August 8, 2021
0
Perhaps she can listen to Michael Jackson's Earth Song everyday. She can rave about the tireless Kate Cross endlessly so. She might disagree-if not argue-...