The West Indies are playing New Zealand. For a change, a country except Zimbabwe has invited them over. There were no complaints whatsoever on the flight. The soup was served hot and the window panes functioned.

Although, Devendra Bishoo complained of bed bugs at his Basin Reserve hotel but nothing major.

It’s December 1. The contest is supposed to go on till the 5th. But the West Indies pack up early on day 4.

Was there rain? Did Stuart Law promise to abandon the side mid-way into the tour? Or did Gayle send nudes over mail in addition to a last minute party invitation in Kingston?

Nothing of that sort.

Just the old West Indies habit of spending the final day of the Test in hotel rooms.

Rumour has it that Jason Holder’s men have taken to playing some serious ice hockey online.

But even in their sudden skirmish- the innings defeat with Kraigg Brathwaite spending nearly a day napping at the crease (91 off 317 minutes), the West Indies managed to scamper home with an enormous fine. The team is going to be fined 30% of their fees for maintaining a slow over-rate.

But the hammer hit Jason Holder a great deal harder.

First fans were alarmed that the fine might have been levied on account of Jason Holder’s bowling action- the duration of the run up to the point of delivery often consuming the same time taken by Chanderpaul to complete yet another fifty in county championships- but it wasn’t the case.

It appears that apart from being suspended for one game at Wellington, Holder’s been fined 60% of his match fees.

That’s not just any loss. It’s a catastrophe.

Well, surely as far as Holder’s plans for a vacation were concerned.

Speaking earlier today to the revered New Zealand Herald, Holder revealed,” I was thinking that Hamilton isn’t a bad place after all. I had plans to visit the Mary Poppins musical but now with a lighter wallet I guess it will be slightly embarrassing.”

So what else could he be doing, murmured critics who didn’t exactly find Holder’s contribution with the bat inspiring. A first ball duck in the first inning followed by seven runs off 17 deliveries.

“I still have plans, a great deal of them”, declared Holder immediately after finding a lot of positives from the First Test’s defeat to New Zealand, apparently a sign that Scotland Yard might even be challenged to discover.

” I have decided to spend this time reorienting my bowling action,” said a determined Jason Holder already holding the pink ball in hand instead of the red cherry.

“In the wake of Jimmy Anderson claiming his first 5-for in Ashes, a milestone he had been aiming for even before I was born to domestic cricket and something he achieved in the aftermath of Clarke, Watson and, Johnson’s retirement, I am curious to hone my craft differently”.

He would end with an earnest submission, “who knows, this might just help me snatch a five-for finally after a prolonged period of suffering”.

Confused fans dug up stats to understand West Indies captain’s plight. The last that Holder earned a 5-for was some 310 overs and 6 months ago. 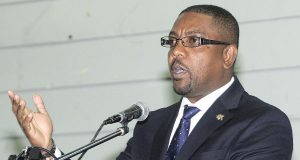