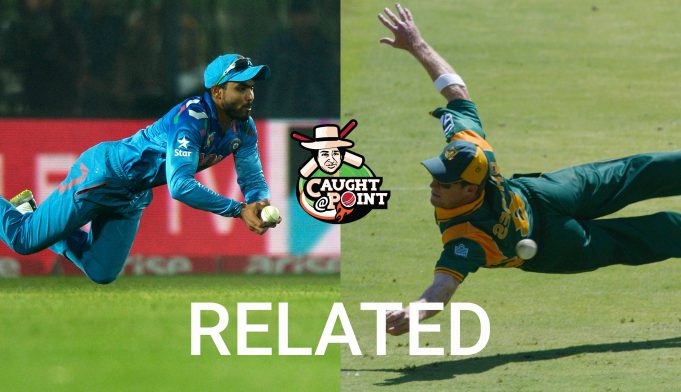 Jonty Rhodes ran behind batsmen as if being told his house had been set on fire. Or that someone had misplaced his fixed deposit. Perhaps, South Africa didn’t realise they had in Jonty an epic marathon runner. It’s hardly a surprise that Proteans haven’t won gold at the Olympics.

Was Jonty reincarnated as Jesse Owens? Was he the inspiration behind the 90s epic Forrest Gump?

Rhodes, who retired in 2003, when Glenn Maxwell hadn’t even developed proper facial hair and when Kohli hadn’t started abusing, secretly left behind one of his own.

It was Jonty’s way of ensuring his legacy would continue.

Although, it took 6 years for him to break into international cricket- Ravindra Jadeja- now confirmed to be related to Jonty Rhodes- has finally made it big in the sport.

Speaking to a press conference at New Delhi in the aftermath of a Test match that reminded you of air-purifiers- Ravindra Jadeja confirmed the long rumoured prophecy that he could be related to former South African fielding ace.

After all, weighing nearly the same as his relative- 57 kgs- Jadeja has made taking diving catches a habit. Quite like the West Indies plummeting to an innings defeat. Or Shane Warne making another trip to a stripper.

Speaking on the occasion of his 29th birthday, Jadeja confessed, “Yes, it is true that I am related to Jonty Rhodes. Although, my middle name isn’t Jonathan or Neil like the legend.”

A bewildered crowd that had seemingly gathered to mock Gamage’s waning fitness and perhaps the last sight of the Sri Lankans wearing mask- since Kolkata would be clearer, seemed dumbstruck as Jadeja unveiled a long kept secret.

“Actually, a century ago, Jonty Rhodes’ great-grandfather visited India and had fallen in love with the great culture of Gujarat. The name Modi wasn’t even heard of in those times. He would go onto settle at Jamnagar, where he married an Indian woman and would later move to South Africa”. I am a descendent of that lineage”, Jadeja confessed.

As media quickly picked the news, perhaps going a bit further in their demands that South Africa establish a new town called Jamnagar in Pietermaritzburg (Rhode’s hometown), one understood the common connection between Jonty and Jadeja: fielding.

How could the two not be related? Jonty dived without breaking any bones. Jadeja is yet to break a bone while diving. Jonty often ran into the stumps while flying mid-air. Jadeja often flies mid air carrying the stumps he has successfully knocked off on cricket grounds.

It is also believed that Rahul Johari, CEO, BCCI is to make a public statement soon.

Since, the tests involved flying both Jadeja and Jonty to a common location and included conducting multiple samples and sending them via elite airways to a Swiss-laboratory- the cost of the project stood at a whopping $3 million.

“$3 million?”, said an enraged Dave Cameron of the WICB. That’s the amount we have invested in West Indies Cricket in the past 5 years?  Ben Stokes came on air and said, “I dare any bloke in the whole of Great Britain to face up to my punch. I will hand out that amount instantly”, immediately phoning Prince William for help on realising his current savings fall pitifully shy of the huge sum.

But whatever it is, India aren’t complaining. Neither is Jonty Rhodes who in fact proudly shared, “I am so in love with my great grandfather’s favourite country and Jadeja’s birthplace that I have named my daughter India. Can there be a bigger proof of my love”.

He would further state, “I am so in love with India that I’ve decided to jointly open a fielding academy that will only induct, train Indian and South African talents with Jadeja, my half- brother”.

When asked what will it be called, Rhodes replied, DNA (meaning any others besides Indians and South Africans do not apply) 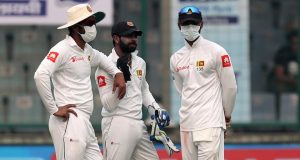 Dev Tyagi - December 3, 2017
0
We are in Delhi. Sri Lanka are in Virat-Kohli's home town. It's another 5-day contest with chances of the game swinging in one direction. It...