Regardless of your favourites in the game or who you support, there’s no one out there who doesn’t want South Africa to succeed in the ICC World Cup 2019. South Africa’s notorious consistency at failing repeatedly at crossing the finish line in the mother of all cricketing battles have earned them wrath from their deepest fans. Yet, at the same time, their staunchest supporters and critics hardly doubt their potential.

In this regard, if there’s one bloke who holds a definite edge for them then it’s that man.

Cricket South Africa, nevermind the recent results against India are gung-ho about the 2019 World Cup. For South Africa, preparations are underway under the newly appointed coach Ottis Gibson. The selectors are watching over talents- established, present and upcoming ones- with a hawkish glare. 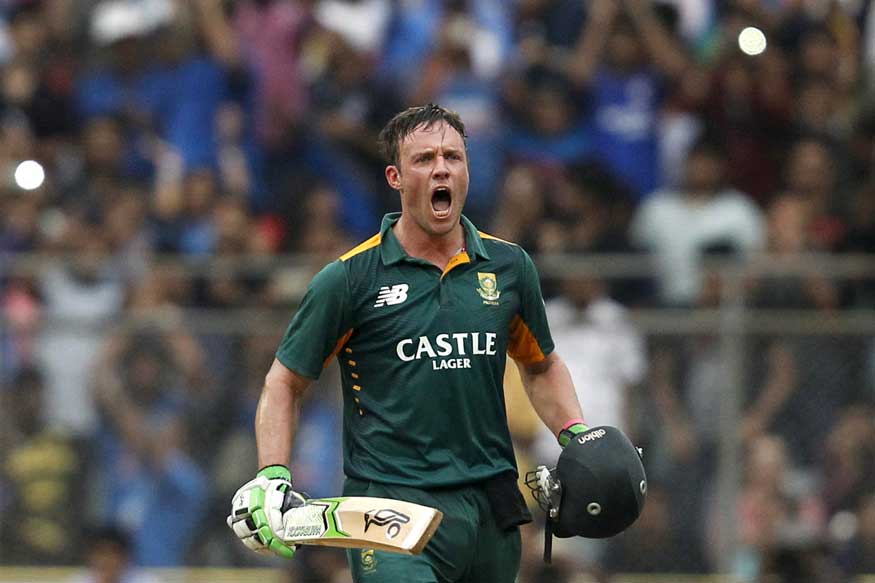 Even as the likes of Markram and Rabada are only just coming in their own, the onus remains with the old-guards. Agreed, Faf and Amla’s presence lends a feisty competitive edge to the Proteas.

But it is De Villiers who the fans expect a world out of.

It is getting more likelier with each passing day that the impending World Cup might serve as an international swansong for the likes of Hashim Amla, Faf du Plessis, Morne Morkel and Imran Tahir. Perhaps also for Dale Steyn.  He may or may not make that tournament, and given South Africa’s rather bemusing selection strategies, its not certain whether Vernon philander too would be enlisted for the squad for the elitist cricketing carnival.
But where De Villiers is concerned, there’s certainty about something. Considering at 34, he isn’t getting any younger, the world cup might offer a fitting finale to an international career that has plummeted many a bowlers’ fortune, devastated hopes of the best of oppositions and resulted in an ostentatious representation of cunningly smart and astonishingly affective batting.
In case there were doubts, then the same are dispelled when you consider what De Villiers has conjured in just a decade-long stay in the game.
18000 runs. 46 centuries. Nearly 100 fifties. Staggering scoring rate and that constant pounding of heart be it a Starc, Ashwin, Holder, Malik, Hazlewood and Malinga. If you’ve been a die-hard backer, you might have noticed that AB has been pretty vocal about his desperation to win the World Cup and while he will not lift the trophy as captain as he has already relinquished the responsibility, he can still play a major role in the overall success of the national side in winning there first ever tournament.
Perhaps this is the time for South Africa to re-orient their batting strategy. Make others realise their own importance instead of mowing down AB who’s fashionably carried the burden of scoring a bulwark of runs.
Cricket offers an uncomplicated rule of math. There are batsmen, there are stars and then, there are the likes of AB and Virat. But quite like in the Indian captain’s case- where its blatantly unjustified to expect Virat to score alone- it is also equally unjust in expecting De Villiers to go for the quintessential hammering that we’ve got so accustomed to witnessing. Whether it came from the classic Kookaburra blade then or now from that thumping MRF bat, one that’s unwilling to get fidgety.
The key to South Africa’s success lies in giving AB time and an opportunity to exhibit what he so loves: freeing those arms and manufacturing shots on deliveries where you thought he’d barely save his timber. Isn’t that the exhilaration we’ve so gotten used to seeing from the Pretorian?
That said, it is also common knowledge that with such wonderful stats under his belt, AB De Villiers does not need to prove anything to anyone. Nor does one need a greater proof of AB’s talent considering there are few in the modern game who’ve collected runs whilst entertaining people at the same time.
But after performing at the highest level for nearly a decade, having observed swansongs of legends- Smith and Kallis- with an old contemporary Steyn appearing in only choicest and select occasions, De Villiers has been at the heights of his powers. How long, can he therefore continue?
Aren’t those muscles slightly tired? Add to that the somewhat unworldly expectations one has of witnessing something subliminal from the right-hander? But by now, having struck ODI cricket’s fastest 100 and 150, De Villiers, who’s even tasted the ultimate sting- that of having choked in 2015 World Cup, is a complete Protea. Not to mention, an all-encompassing athlete.
But does he not need support to power his South Africa to sail over its opponents particularly where World Cup 2019 stands?
Surely, one hopes that his board have absorbing discussions in which to discuss the possible fate in the coming months; make the likes of Faf, Amla, De Kock and newfound Markram to rally alongside AB to make their most treasured and experienced marksman comfortable by assuming a greater responsibility.
After all, AB’s mere presence lifts the Proteas like the force provided by an adrenaline sting.
You’d reckon, if there’s a checkered occasion in which to dispense and disassociate from the chokers tag then its the Cricket World Cup. Take to the field, do your job, express yourself and get done with it; shed the tag.
But will it be easy? Can South Africa undo decades of inglorious, stingy, abominable performances and do the unthinkable? That’s anyone’s call?
Here’s a funny thing. Where talents like AB are concerned, even episodic nightmares considering De Villiers’s blade fails to fire in the months building up to the world cup holds no weight in defining what might transpire during the world cup. His side would want him to do a repeat of De Villiers butchering a hapless Jason Holder-led Windies in Cricket World Cup 2015. It wasn’t batting. It was a blatant exhibition of nerve-wrecking cricket.
Someone, it had seemed, had told AB that that was his last ODI knock ever. So he went on doing what he does best: swatting aside his opponents, making them shrink in size.
South Africa would hope a De Villiers special can deliver them from the gold they so desperately need. While for many of their present crop of players, there are many years ahead and more than one chance at World Cup glory.
But, for AB De Villiers- this is the beginning of the end and a final shot at doing something special for their country.
AB should make it count. Only one man can stop this freak force of nature. It’s De Villiers himself. 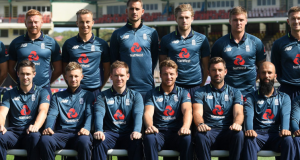 Saksham Mishra - June 7, 2019
0
England and World Cups have a strange relationship as they are yet to lay their hands on an ICC World Cup ODI trophy. The...