Unfortunately, these qualities are only seen in the English team when they are playing the ODI format. But, they appear nothing more than a team with a confused soul when playing in the two extremities of the game—T20Is and Tests.

Yes, they have been superb as far as ODI Cricket is concerned post the 2015 World Cup. However, they have struggled to find consistency as far as the longest and shortest versions of the game are concerned.

Their recent Ashes thumping at the hands of Australia gave an idea about how much they are struggling with their rhythm in Tests. However, they gave their fans something to cheer for as they avenged their Ashes series defeat with a 4-1 ODI series victory over the hosts. But again, when it came to performing in the other extreme version of the game, they struggled to get going as they failed to make it to the finals of the tri-series featuring them, Australia and New Zealand.

While England have made playing in the two extremities look like something too much to deal with, there is one man in their camp who has not whined like them. Instead, he has made the most of the pressure and has shone like a bright star in the night sky. He is none other than Dawid Malan.

It took quite a long time for the Southpaw to make it to the English National team. But, now that he is here, he is making each of his opportunities count.

The 30-year old is now pushing his name for a permanent place in the English squad in all the three formats.

Despite ending up as the top run scorer in the forgettable Ashes series for England with 383 runs to his name which also included a century, he was overlooked for the ODI series against Australia. Not that he wasn’t in the squad, but all he was left to do with was warming the benches as England displayed their might in the ODI format once again.

And when the senior players have been rested for the T20I series, he has once again stepped up and showed that he deserves a permanent spot in that middle order ahead of many established English batsmen.

He has carried his rich vein of T20I form right since he made his debut against South Africa at Cardiff with a blistering knock of 78 runs off just 44 deliveries.

There is a massive difference between his overall Test and T20I strike rates which read 41.26 and 150.66 respectively. That sums up his versatility and ability to adapt according to situations. Surely, he doesn’t struggle with change in extremities.

While most players are turning their attention towards white ball cricket, England should look up and appreciate how Malan is keeping both ends balanced.

Adil Rashid’s recent statement to give up red ball cricket and focus solely on shorter formats gives an idea where cricket is heading. Add to that, the presser from Alex Hales, who’s also decided to head Rashid’s way, opting for white ball cricket only. That said, David Willey’s support to Rashid’s decision shows that there are other players too contemplating to go down the same path.

Yes, it is pretty difficult to master the skills to play in all three formats. But, when a player is showing the ability to do so, he should be appreciated.

The 2015 World Cup was a big big debacle indeed for England. Their focus on improving the ODI side is understandable as they want to set the record straight.

However, their form in Tests has been far from being impressive. Moreover, their performance in T20Is has dipped further post the 2016 World T20 in which they lost the finals to the West Indies. They have won just 5 out of the 13 T20Is they have played since then and that sums up their struggle.

It is now high time that they turn their focus on the other two versions of the game as well. They have played a lot of Tests in recent times, but playing numerous games doesn’t mean you are doing everything right. They simply don’t seem to have enough players who are capable of producing meaningful and consistent result in the two formats.

What they need to do is to find enough players like Malan who at least specialise in one format if not both. They simply can’t afford to have bits and pieces cricketers in T20Is and average players in Tests. Both formats require specialists and they have to realize that.

It’s time that England stops whining about the results not going their way. Instead, they should focus more on finding players who can shine like Malan. 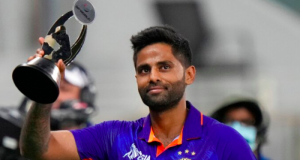