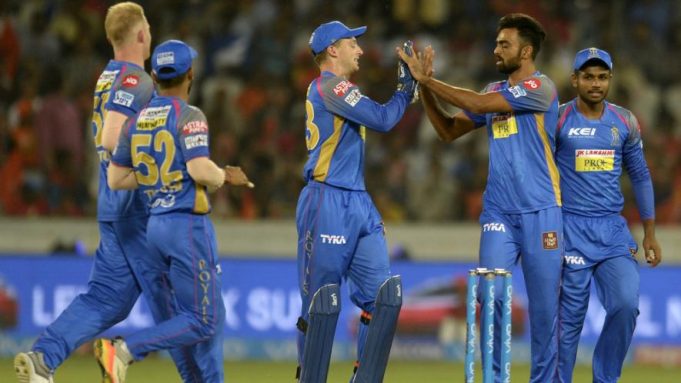 The much-hyped IPL 11 is finally here. With it comes a promise of exotic stroke play and belligerent hitting interspersed with bowlers trying to make their presence felt. The last decade has seen the IPL grow to unprecedented heights and resulted in basically pushing all the other leagues to obscurity. The previous ten editions have all been rich with glittering spectacle of breathtaking cricket leaving all and sundry in awe.

To answer this question, one does not require an array of special intellectual powers. It’s simple. IPL 11 will see the return of Chennai Super Kings, one of the most successful IPL teams and Rajasthan Royals a team which has always tried to punch above its weight. But, isn’t it befuddling that there is little hype surrounding Rajasthan Royals and their return?

Firstly, the man in charge of leading the Royals, Ajinkya Rahane is one of the most unassuming and modest cricketers going around. Secondly, traditionally the Royals have never banked heavily on star performers. Rather, their mantra of success has always hinged around dogged performances from a group of committed cricketers.

Hence, the lack of hullabaloo surrounding Rajasthan Royals isn’t such a bad thing as it gives them a chance to quietly get into the groove in such a competitive tournament, especially returning after a long hiatus. For this year’s IPL, Rajasthan has actually gone for some young and upcoming players who are en route to become stars for their respective countries.

Even if it may sound like a dull scoffing at lost chances, Smith’s absence is going to hurt a largely mild-mannered team a great deal.

Ben Stokes had an ordinary IPL season last year as he failed to live up to the high billing for Pune Supergiants. Moreover, his own personal disciplinary woes coupled with his lack of International appearances is bound to take its toll. For the sake of Rajasthan, let’s hope that he comes out all guns blazing. Darcy Short is being touted as the next big thing in Australia and his recent exploits in the Big Bash have only increased the level of expectations from the Rajasthan franchise.

Shane Warne has time and again been referred to as the greatest captain Australia never had. There’s no denying that he moves with an aura of his own and was a master of getting maximum output from minimum resources. His first stint as the captain of the Rajasthan Royals was extremely successful as they were able to lift the coveted title in its inaugural year. Thereby, he’s an integral member of the Royals’ think tank and would look forward to weave some of the old magic.

But, this time even as there doesn’t seem to be a shortage of firepower in the armoury of Rajasthan Royals, their batting core- Rahane, Buttler, Samson, Stokes- looks slightly blunt in appearance on the plank of stats and impact when you compare some of the other outfits, that have already set the wheels in motion.

What calls for some introspection, however, is the timely induction of someone like Heinrich Klaasen into the unit. While there’s little doubt about Klaasen’s ability to make the white ball vanish in team dug outs or the stands, how much of a difference would he be able to add having never stepped afoot on sub-continental wickets?

Would you call the troika of Samson-Rahane-Stokes as potent and starry in appeal as Pandya-Rohit-Pollard or Jadeja-Bravo-Watson? Even if you were to reverse the order somewhat, you’d be amazed to find how deep teams like Mumbai, Chennai, Bangalore bat. Consider Rahane-Samson-Buttler vis-a-vis the make up of McCullum-Virat-AB or Bravo-Dhoni-Raina?

Thankfully, with the calming influence of Rahane, the Royals would be hoping for an encore of the kinds that graced them in 2008 edition of the IPL.

While the ebullience of past stars- Watson, Morris, Southee and, Faulker- will be missed, it does make for a fitting sight to find so many younger talents tugged in together in a bid to help Rajasthan Royals regroup with themselves; in a format where they aren’t strangers to success.

So will the traditionally resilient Rajasthan Royals blaze away with the new found spark? 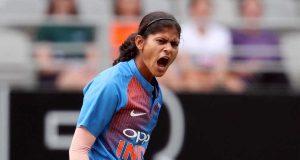 From Mumbai’s Mahavir Nagar To Globetrotting Heights: The Rise Of Radha...

Ashish Kumar - February 29, 2020
0
Indian women's cricket team became the only side, which has cemented their place in the WT20 2020 semi-finals after a thrilling last-ball nail-biting game. On...