2017 proved to be the darkest year in the history of Sri Lankan Cricket. Not only were they defeated but were subject to utter humiliation nothing of which they underwent in all these years. This has lead to a reconstruction of their domestic cricket. But the question is can their first-class cricket rise from self- destruction of years.

A country’s domestic cricket structure acts like a foundation of a building. The stronger it is, the more its chances of top tier being firm and powerful. Over the years and in past two decades while different test nations have brought various positive changes to their domestic circuit to sustain competitiveness of the national cricket team, Sri Lanka has been an exception. Only at the back of having lost pitiably to India and by a margin of 9-0 did the Sri Lankan cricket board arose from a state of slumber, having been somnolent for nearly 2 decades.

In fact, it has a club cricket structure, which has been accentuated as a First Class system, consisting of 14 teams. Surely, these numbers are quite puzzling as Australia, a much bigger nation, has only 6 teams competing for domestic glory to this day. These 14 club teams, which make up the domestic structure of the country have produced some of the finest players the world has seen thus far. We know their names and they’re usual suspects with whom world-class milestones are associated. However, dearth of quality tournaments tantamount to lack of continuous supply of good quality cricketers- something a cricketing culture like Sri Lanka, above any in context of current woes needs desperately so.

However, Sri Lankan board seemingly believes in philosophy of the more- the merrier. Here’s how. In 2016-17 , it went a step further and accredited 10 lower division clubs with first class status, probably provoking no raised bows for their’s not been a culture of revulsion against dubious decisions taken at the ‘highest level.’ This, in a single stroke of conception, increased the numbers of teams in the tournament from 14 to 24. Can you dig that?

More than 400 players participated in the tournament. Surely, that’s the kind of resource a Papua New Guinea or UAE could use handily on a usual off-day at office.

While the numbers might show that Sri Lanka has huge pool of talent it does not necessarily augment induction of quality talents. Experts suggest that the move of the selectors to increase the numbers of team has diluted the standard of the first class structure even further.

There hardly seems a doubt. We’ve seen how spurts of occasional brilliance against Pakistan- in their Test triumph in 2017 kept aside- Sri Lanka have been found wanting against their own sub-continental forces.

While the reason behind an increase in numbers of teams is supposedly to find the next Sangakkara or Jayawardene, in living flesh and blood, the involvement of politics in cricketing administration may be leading a severe blow to a unit that’s produced some names that’ve over the years, challenged bellicose nations like South Africa and Australia.

With tier B clubs included, who now have voting rights that effectively suit any ploy the administrators might have in near-future elections in Sri Lanka Cricket, one’s not sure where’s Sri Lankan cricket heading to?

Moreover, older clubs have not taken this step lightly and have proceeded on a legal step that is threatening their cricket even more, driving it on verge of confrontation. The amount of money involved in the domestic cricket is another area of concern. Even after playing a whole season, a Sri Lankan cricketer earns roughly to 6-7 lakh Lankan rupees. However, if the same cricketer plays in England and Australia- he might be able to milk easily double the money- and therefore, there’s no surprise that migrations have begun.

Sri Lanka not only have these issues which need to be resolved but the quality of substandard pitches on offer in domestic cricket paint a sorry picture. The pitches on offer in the Premier league Tournaments, club tournaments are huge turners on which the spinners make merry whilst fast bowlers have no role to play. This season in 2017-18, there was not a single paceman in top 10 bowlers among the highest wicket takers this season. Asith Fernando who took 33 wickets at remarkable average of 14 in 8 matches sits at no. 15, showing the supportive fiddle, which the pacers demonstrate, explaining a major reason why Sri Lanka has not been able to produce quality fast bowler this decade. The spinners who take heaps of wickets have to struggle on placid wickets at international level when they’re hardly to be blamed. 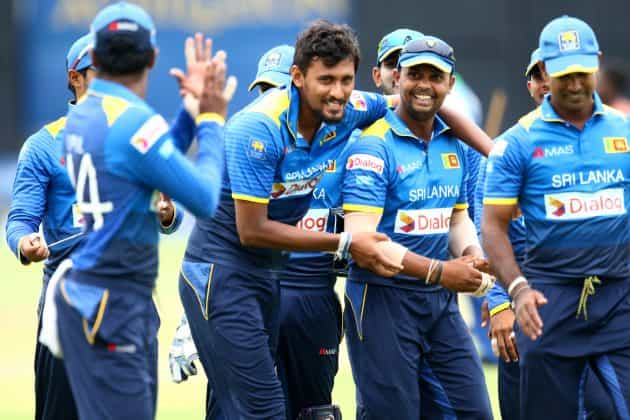 Tharindu Kaushal, Malinda Pushpakumara, Suraj Randiv and Amila Aponso are few among the long list. Same has happened with the batsmen; none seeming capable to take the legacy of great Sri Lankan batting in halcyon days ahead. While Kushal Mendis, Roshen Silva and Dhananjaya Silva have shown promise, their game is plagued by consistency issues.

The 4-team provincial tournament has once again returned, (1990, 2003 and 2013 previously) this time with a promise to stay longer as the country is in dire need of a quality domestic structure. This is vital to ensure the standard of cricket in the island nation is maintained and that Sri Lanka does not become another West Indies. 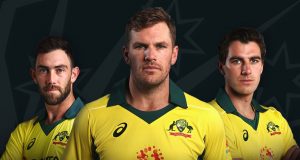 With the Ball-Tampering Downward Spiral Behind It, Australian Cricket Is...