It was the 2016 IPL. Delhi Daredevils had just managed to edge out Sunrisers Hyderabad in a crucial encounter. The match went down to the last ball. As the post-match presentation got over, I started taking a stroll around Shaheed Veer Narayan Stadium, Raipur. Suddenly, I caught sight of KL Rahul taking laps around the stadium amidst empty galleries and approaching midnight.

His steely resolve to work on his fitness was apparent even as the curtains had fallen on an enthralling game. There were no shutterbugs, and no media either. So the question of Rahul putting on a show was a no-brainer. I was moved enough to approach him. Remember, his star then hadn’t twinkled as brightly as it is now, so I didn’t carry an apprehension of striking a conversation. I asked for a picture which he graciously acknowledged and also jokingly asked me to join him in completing the laps.

What stood out even in that fleeting meeting was a burning desire to keep improving even as he couldn’t find a spot in the Sunrisers Hyderabad squad. Most youngsters would’ve either popped a gum, worn dark glasses and would’ve jettisoned away into oblivion.

Not the man you and I have grown accustomed to seeing raise that butchering blade where this IPL stands.

At times it appears perplexing. Is this the same weary KL Rahul who was once part of Bangalore? The boy becoming the man, the somewhat naive but gifted batsman transforming into a ball smasher of the highest possible repute?

Two years along and KL Rahul has bedazzled all and sundry with his sparkling stroke play in IPL 11. As is often the case with KL Rahul even as he unleashes his beastly attack on the bowlers, he paints a soothing picture of elegance and poise. With the ever-enlarging spectrum of Indian upcoming batsmen in the present times, Rahul has managed to stand distinct owing largely to his pleasing style of play.

His seems to be the rare case of elegance and decimation being happy in one another’s company.

Rahul’s career zoomed off with a dominant hundred against Australia at Sydney when he scored 110. So far, what has stood out is his attractive way of accumulating runs which is a beautiful byproduct of his balance and ability to drive the ball. All the eulogy about KL Rahul seems to strike an incoherent note when one casts a look at his International career so far. Though, he hasn’t got enough showtime in the shorter formats of the game. His staggering fall from grace after scoring a big one in the Test arena leads to a string of poor scores.

In his 21 Test appearances so far, his average of 44.64 has largely been built around big hundreds incongruously paired up with some really low scores. His limited over career has been dwarfed so far as a result of the availability of a plethora of batting options for India as well as Rahul’s romance with injuries. The only saving grace for Rahul in the shorter formats have been his record debut ODI hundred against a beleaguered Zimbabwe in 2016 at Harare Sports Club and his 110 undefeated runs against West Indies in a Twenty 20 game at Lauderhill. When he scored the fastest half-century against Delhi Daredevils in the ongoing IPL off a mere14 deliveries, he instantly marauded the snobbish claims of those who claimed that class has no place in T20 batting.

His stupendous performance at the top of the order for Kings XI Punjab and safe hands with the gloves have been largely instrumental behind Punjab’s decent IPL so far. So, which KL Rahul do we wish to see? A Rahul who appears sporadically wins hearts with his batting, breaks records and goes into hibernation or a Rahul who can score runs across formats and conditions with consistency.

You don’t need to be a soothsayer to answer that. 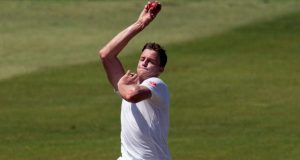 Why we are going to miss Morne Morkel?

Abhishek Srivastava - April 3, 2018
0
There are hardly anything like perfect farewell, Sachin Tendulkar got it, Imran Khan got but still there are number of them when the grudges...