Teams meet one another in what is perpetually an ‘all to play for’ and the victorious flag their name against the vanquished.

Regardless of format or series, that’s the scenario every year, if not 365 days at a constant.

Amid thrills, excitement and lost chances, all make money. Runs are plundered. Wickets are clinched. Sixes struck. And of course, boundaries conceded and astonishing catches taken.

And at the end, both winners and losers return home and so does the audience in stadia. All happy. Including the advertisers. Including those who cherish seeing ‘fast-forward’ version of a game on highlights.

Rare are those occasions where some of the best names in the world come together to clash for a truly meaningful cause.

Rarer are occasions when cricket’s leading format of our times- T20s- unfurls 22 defining names. So on May 31, Lord’s, commonly branded and hailed, as the home of world cricket will be more than a playground.

It will be a collective triumph of two teams that will do more than defeat one another. Two teams that include some swashbuckling names in the most dominant format of our times. West Indies are synonymous to T20 and vice-versa.

As all roads in England will lead to this spectacular cricket stadium, Lord’s will be perhaps the most singularly emphatic ‘not for profit’ in the cricketing firmament.

As of 2017, the devastating Hurricane Irma did more than just touch the Caribbean. It’s descent in the Caribbean- one of gloom- was akin to the kiss of the devil. Causing billions of dollars worth of damage, leaving some islands ‘uninhabitable’, in popular sporting lexicon comparable to a more acerbic condition than the one caused by a Gayle during his lashing of poor, hapless bowlers, this was no ordinary hurricane.

As many as 37 people died and 95% of Barbuda’s buildings were destroyed. Hundreds of homes in Trinidad and Tobago- a part of the world that’s so often bowed down to its ‘Prince’s emphatic batting feats, were bowed out as if castrated by a beast in anger.

An ICC-orchestrated one-of-a-kind World T20 contest that presents talent from the Caribbean, most of those who’ve closely seen and been struck by the carnage and from the sub-continental cricketing paradise called India, Pakistan, Bangladesh and Afghanistan.

This is indeed, a great moment.

It’s one of those moments where none of you’ll feel bad for there’s nothing in the game for either side.

You see a cricketing world at loggerheads on the challenging turf where bat versus ball and prevalence over the other matters. On this occasion, you see the ‘foes’ and the ‘rivals’ playing in unison for a matter that’s of paramount importance for the uplifting of a community.

This is Cricket producing Marvel or Avenger-style heroes. This isn’t about revenge or redemption. It’s about bringing people together.

It’s not always that proceeds from the sale of cricket tickets go toward alleviating remorse, unhappiness and gloom from a part of the world that’s given so much to the cricketing world.

On May 31, 2018, as a West Indies powered by Chris Gayle and Carlos Brathwaite clash an ICC World XI powered by Afridi, Rashid Khan and, Dinesh Karthik, the thrills will be yours, the talent theirs, but the victory- of the people of the Caribbean.

Besides, it’s an outstanding answer to a forever whining public that can’t see any other side to contemporary stars and cricketers than mechanical robots defined by talent but one whose ultimate aim is to earn for the ‘self’.

Shouldn’t we all be proud of this rare achievement? 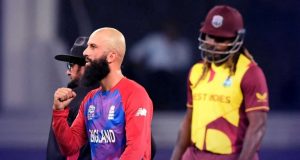