“Transformation is an ongoing process that tends to appear ordinary, when, in fact, something extraordinary is taking place.’’

Close your eyes for some time.

Now, try to think of Saurav Ganguly. Which images do you see?

The famous shirt wave at the Lord’s balcony?

The pious cover drive through the off side?

The transformation of Indian Cricket.

Transformation or change is a slow and at times, excruciatingly painful phenomenon. It warrants a show of extreme patience to bring about or even experience. What did Sourav Ganguly change?

Notwithstanding his personal improvements with the bat throughout his career, he instilled immense self-belief in his troops to give their best for their country and sledge the opponents if the need arose.

This was unthinkable. It was unprecedented in Indian cricket. It was very Saurav Ganguly. Fight fire with fire.

In the vast spectrum of fabulous players produced by India; there is always a hidden contribution of the Prince of Calcutta. From getting Virender Sehwag to open to supporting young turks like Harbhajan Singh, Mohammad Kaif and Yuvraj Singh, Ganguly played a key role in shaping Indian cricket at such an epoch when Indian Cricket could easily have been vandalized forever.

Taking over the reins from Mohammad Azharuddin, Ganguly’s assignment was tricky. He had to win the confidence of the Indian fans in the aftermath of the match-fixing episode. Secondly, he had to overhaul the entire system of Indian Cricket. Lastly, he had to win some matches for India to bring back the efficacious smiles.

So, Ganguly set out on the arduous task of putting Indian Cricket back on track. To be honest, the soothing support of Tendulkar, Kumble and Rahul Dravid made the job a little easy for him.

How did it all start?

Sourav Chandidas Ganguly was born into an affluent Brahmin family in Kolkata which had a huge flair for Cricket and Football. His brother Snehasish was himself a First Class cricketer for Bengal and his father was an avid fan of the game. The image of a frail Sourav batting against Malcolm Marshall in 1992 seems to narrate a sorry tale for the elegant southpaw whose debut didn’t bode well for him. Subsequently, there also were charges on him of being unfit, casual and a byproduct of nepotism.

Not an ideal start for Dada, isn’t it?

But then, there have been very few who have had a dream start to International Cricket. Those who had faded away quickly.

Ganguly seems to have a queer connection with England. From scoring back to back hundreds against England in his comeback trail to his famous shirt removing act at the Lord’s Balcony, Ganguly always saved his best against England in their own country.

Thereafter, he had a successful career, his big opening partnerships with Sachin Tendulkar are parts of Indian Cricket’s folklore. He has 11,363 runs in the 50-over format, a format in which he revelled both as a batsman and as a captain. His tally of 22 ODI hundreds was recently overtaken by Virat Kohli.

The greatest ode to him is perhaps his exemplary leadership skills and his immense belief in the ability of youngsters. He inducted players like Zaheer Khan and Yuvraj Singh who still credit him for being by their side through and through. In this regard, Ganguly was a revolutionary captain who could foresee the future of Indian Cricket safe in the hands of such fearless individuals.

The apogee of his captaincy career came in 2001, when India managed to defeat the infallible Aussies at home in 2001.His own brilliant batting form and the stupendous comeback made by India in the 2003 World Cup gave one and all ample proof of Team India’s abilities under a dauntless leader.

For the most part of his career, Ganguly was put under the scanner even after proving his mettle both as a leader and as a player. His fallout with Greg Chapell was one of the most painful periods in the history of Indian Cricket.

So, can it be firmly ascertained that Ganguly changed the face of Indian Cricket spiking it with an aggressive demeanour and imbuing conviction in young talent? 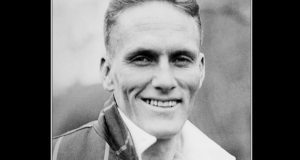 Why We Need To Talk A Lot About Eric Rowan Than...

Dev Tyagi - July 20, 2021
0
In a sport where records are valued more than anything else, what place do we fans hold for values like fearlessness and unabashed commitment? On...