“It wasn’t the easiest wicket to bat on,” exclaimed a man having struck 130 against the Windies just the other day at Guyana.

This is a man who generates polarised views about his abilities.

While purely on statistical merit- he is a modern-day great for Bangladesh Cricket. He cannot be described any lesser than that.

How can you possibly bracket someone in another league when he has over 10,000 international runs, collected from either format?

But when it comes to consistency, Tamim Iqbal often flounders.

In case, you were confused, his own form in the Caribbean provides pivotal evidence.

Batting on pitches that had both uneven bounce, unusual carry and menacingly good assistance for pacers- Tamim Iqbal compiled 4 and 13 at North Sound, Antigua, following it with 47 and 0 at Kingston, Jamaica.

Interestingly, on the very same pitches where Bangladesh’ highest scorer-considering all 3 formats failed- Windies’ Kraigg Brathwaite, who burst into the sport a few years later than the leftie struk back-to-back hundreds.

What was going on? Was this Tamim, the man behind the most glorious square drives and whips?

The journey Tamim- over 6000 ODI runs for Bangladesh- undertook from Curtly Ambrose-land to Chris Gayle-territory seemed arduous and filled with an explicable anxiety. It seemed he’d forgotten that he was the guy who scored Test runs consistently at an average of over 37 starting 2014 onward.

T20 cricket makes hard-lager beer out of batsmen. It can quickly dissipate. Test cricket, however, makes batsmen old wine. You get better with age.

Brian Lara did. Rahul Dravid did so too. And so did Jack Kallis and Kumar Sangakkara- all four retiring in peak physical fitness, scoring runs voraciously with rich aplomb.

This would keenly reflect in his 5-day aggregations; 4 of his 8 hundreds would be struck during this time. Bangladesh seemed sorted. However, 2017 evidenced a slight slump in form.

For an elegant batsman though, one wondered, a few knocks here and there and it will all be easy pickings from thereafter.

However, for Tamim Iqbal- where 537 runs would come from 16 painstaking and often lacklustre innings in 2017- he’d travel to the Windies with just 99 runs on him from 2 Tests. Make no mistake- that’s 4 innings. Doesn’t indicate the man’s potential- does it?

He’d nothing special by the time the Tests seemingly belonged to Holder, Brathwaite and Roach and Gabriel’s destructive bowling.

Things didn’t seem bright for the effervescent timer of the cricket ball heading into Guyana.

And truth be told, the moment the experienced Anamul Haque departed offering catching practice behind the stumps, a visibly stunned Tamim Iqbal’s face said it all.

It wasn’t good. It wasn’t doomsday either. But West Indies believed. But did Tamim?

Who knew what the scorecard might read upon the completion of the 50 overs?

And when an absolutely pale day for Windies bowlers finally ended, their regulation overs bowled, we saw the same out of form Tamim Iqbal behind a marvellous 130.

Who saw that coming? Hey Tamim, did you think you’d fire a fighting hundred, jumping back to form?

Perhaps, no. Who can say?

What the whole Tamim Iqbal saga told us about the bright talent was that cricket gets into an auto-revive mode of sorts when batsmen begin to do the basics.

Truth be told, Tamim’s 130 at Guyana wasn’t his fiercest hundred. It was a dogged one. It wasn’t a mind-boggling exhibition of mighty hitting. It was sweat and aches, 1s into 2s, finding the gaps, converting the strike and, going for bad balls.

Who wants to return early?

Tamim certainly didn’t give up during the opening ODI, did he? The result? The moment your top-order is resurrected, the rest of the guns are automatically pumped to follow suit. The spine-bending hitting by Mushfiqur later on and that brilliant fifty by Shakib did the Windies in.

Interestingly, the same team that appeared clueless in the Caribbean sent the local side on a wild goose chase; where would the next wicket come from everyone wondered.

Tamim is finally here and his batting has taken flight. It’s like taking that monkey off one’s back. This is a good sign. 10 boundaries and 3 sixes- the fan isn’t cribbing now.

The full movement of the backlift is beautifully complimenting the fluent use of feet.

The problem is- the Windies have been shaken. For them to be stirred, Tamim Iqbal would need to follow up.

Whether that happens or not, we’ve got a series that’s finally shed its hitherto one-sided theme. 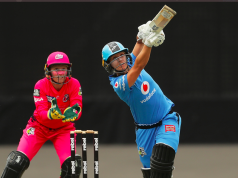 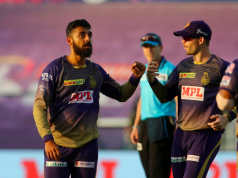 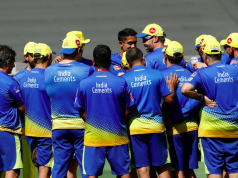 The End Of An Era For Chennai Super Kings? 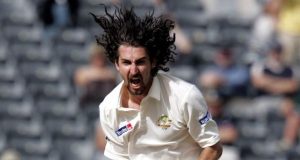 Dev Tyagi - May 7, 2017
0
A Test bowling average that stands at par with the legendary Andy Roberts and fares better than the likes of Srinath, Steve Harmison and,...