While the Ashes is a series the world watches in awe, the England versus India Tests draw tense lines on the forehead and cause panic-stricken fans to gulp lots of water. Of late, England has left India dehydrated given its Test superiority the last that Kohli and Dhoni came visiting.

But what about this time?

With less than a week to go for the 5-match India-England Test series, the excitement has reached its crescendo.

England, at home, would obviously start favourites. But will it have it that easy? It does have a strong side and the penchant for rigours against an India not necessarily in its mightiest Test form. But India, under the ebullient Virat Kohli, has some capable men to put up a firm challenge to the home team.

That said, which players hold the key to take their sides over the ropes?

The last that India toured England for the Tests in 2014, James Anderson ended up capturing 25 wickets from 5 games. He was the grit of Botham and the tenacity of Bob Willis.

He is and has been for some time, the sharpest bullet in England’s arsenal at home. Anderson’s record in England sits at a stunning – 344 wickets from 78 Tests.

What’s more? He’s taken 60 wickets in 12 Tests against India at home. While his recent form hasn’t been spectacular, one can expect Anderson to bring out his best against a side he’s tamed in the past. India has always struggled against good swing bowling and Anderson, even at 35, is among the best exponents of this art.

He might not have the pace he once used to have. But Anderson’s nagging lines and that ability to move the cherry with precision will be the biggest threat for India. And, lest one forget, especially for Virat Kohli.

Joe Root loves batting against India. From the 11 Tests he has played against them, he has amassed 1102 runs with 3 hundreds and 8 fifties.

Call that stellar or what you may, he’d be hungry to score more.

In the 2014 Test series, Root was the highest scorer with 518 runs. He enforced a landslide of runs, didn’t he?

The gritty middle-order bat might not have the flair or panache like his Indian counterparts, but he sure knows how to stay at the wicket and accumulate runs by the buckets. As a captain, Root has finally found his footing. While he hasn’t scored a Test hundred this year, one can feel Root is coming into full gear after his hundred in the ODI series against India. Undoubtedly, Joe Root will look to be the anchor for England’s ship this Test series.

This young left-arm chinaman can be the biggest X-Factor for India in the series. The 23-year-old unorthodox wrist spinner has been in excellent form of late and had England on the mat through five-fors in both the T20I and ODI series. With excellent control, flight, drift, deception, and sharp turn in his armoury, Kuldeep can be quite a handful on any wicket. He is also not easy to pick and it would interesting to see how the England batsmen tackle him on the 4th and 5th days of a Test.

Kuldeep has already shown that he can turn the ball on any surface. His Test debut at Dharamsala is a perfect case in point. And England has always struggled against good wrist spin. Will he expose the chinks in their armour?

An in-form Kuldeep can utilize that flaw and become a serious headache for the home team to counter. 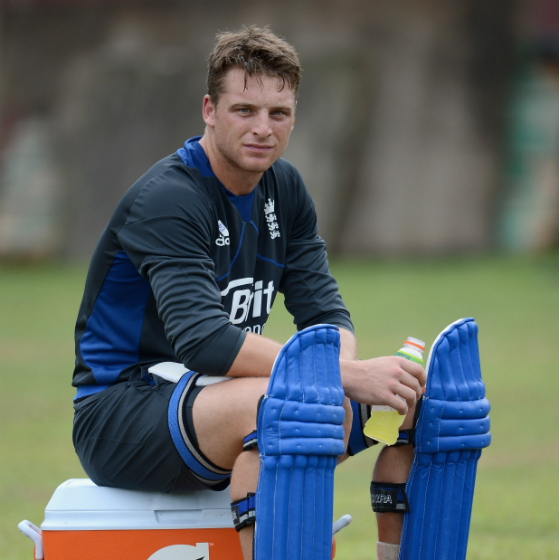 Runs to Jos Buttler in recent times have been what chaos is in the Middle East.

Jos Buttler was the surprise call in England’s recent Test series against Pakistan as he had played only four first-class games ever since his Test appearance in 2016. However, carrying his sensational limited-overs form in the year forward, Buttler went on to score two fifties in three innings and also top-scored with a sizzling unbeaten 80 in the Headingley Test. While chasing against Pakistan, he dodged all bullets and wrecked a havoc.

Butler has a fairly good idea of the Indian bowlers now courtesy his stints with the IPL. Probably, he knows their weaknesses well. But this is a 5-day contest and Buttler would be mindful of the rigours and changing vagaries of the game.

In the middle-order, he can be the explosive spark that England needs in its Test team.

Moreover, Buttler’s ability to attack both spinners and fast bowlers with equal authority can be a major factor in England asserting themselves in this Test series.

One would have ideally gone with Cheteshwar Pujara or Virat Kohli as the probable hero of India’s batting in the England series. But while the former is grappling with poor form and Kohli yet to show if he has overcome the ghosts of his last tour, the bet is on Rahul. On current form, it seems likely that Lokesh Rahul might be the batting star for India in the Test series.

His doubters would side with the fact that he hasn’t played a solitary Test in England. However, the young batsman is in the form of his life.

Dedicated and a fluent-scorer, he has all the tools to excel in these conditions. At the top, Rahul has the technique to see off the swinging ball and can also attack when necessary.

Don’t be surprised if a fighting hundred or a series of dogged fifties stump his critics who’d question his Test inclusion. 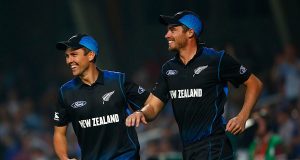 Why Southee And Boult Hold Key For New Zealand?

Abhishek Srivastava - June 6, 2017
0
New Zealand’s had fast bowlers. New Zealand's also had express fast bowlers and, those who could be called nearly fast-bowling tearaways. But despite having had...