The Duleep Trophy 2018, where around 42 of India’s top cricketers (not including India and India A contingent) were auditioning to claim a place in the national cricket framework, is not being played at a regular cricket venue.

The venue this year for the tournament was Natham, the picturesque NPR College ground in the Dindigul district of Tamil Nadu. The little-known venue staging a major BCCI event is a direct evidence of the progress of cricket in the state spurred by the Tamil Nadu Premier League (TNPL).

The recently concluded TNPL 2018 saw the Madurai Panthers being crowned as the Champions after they had failed to secure a single win in their last two years. While monetary aspects remain the primary motivation behind the ever-growing T20 leagues, regional player-pool development is also vital.

Are Tamil Nadu’s players being sufficiently represented in national cricket? Perceptibly, against this backdrop, events such as the Tamil Nadu Premier League have been flagged off.

For the TNPL, Washington Sundar remains to be the greatest advert. The 18-year old boy impressed in the league and subsequently played for his state. He would go on to play in the IPL and represented the Indian team as well. T Natarajan also grabbed a hefty IPL contract in 2017 based on his TNPL performance in the inaugural season. The existing players participating in this first of a kind league would wonder- whether they too stand a chance for further cricketing representation?

In 2018, we again witnessed a few sterling performances in the TNPL that may take a player to an IPL team dressing room next year. That, surely, won’t be a bad start to one’s India ambition, isn’t it?

Former RCB recruit KB Arun Karthik had a stellar season as he smashed six half-centuries in 10 matches and was the major reason behind the Madurai team clinching the championship.

The established names such as the medium-pacer duo of T Natarajan (Economy 5.02 in 8 matches) and K Vignesh (11 wickets in 9 matches) performed consistently. Former Indian opener Abhinav Mukund and the 22-year old CSK batsman N Jagadeesan (2nd highest run-getter in the tournament) impressed with their batting calibre.

The most illuminating find of the tournament undoubtedly is the mystery spinner Varun Chakaravarthy. The 26-year old architect, who was playing fourth division cricket prior to this, bamboozled every opposition pitted against him. Varun finished the season with an astounding economy of 4.7 from his 40 overs which included 125 dot balls.

R Vivek was another notable performer in the tournament. The bulky hitter turned into a storm whenever he was at the crease, evident by his astronomical strike rate of 209.6 from 125 balls faced. Kovai Kings opener Shahrukh Khan, who was the talent everyone was waiting to arrive, came to the party this season with his fabulous knocks at the top.

In the spin department, it was the left-arm spinner S Ajith Ram who led the tally with 11 wickets in only seven matches. Leg-spinners MP Rajesh and S Manigandan made most of their wrist-spin magic and they will be an attraction in the next season.

There were a few glaring failures as well as the twins captaining their respective teams, Baba Indrajith and Baba Aparajith, failed to get going in the tournament. Left-arm spinner R Sai Kishore paled in comparison to his last season’s heroics.

The youngster who arrested everyone’s attention this season was the 18-year old ambidextrous spinner Mokit Hariharan. He surprised everyone as proceeded to bowl with his both hands in the same innings. The ignored fact was that the boy was also the top run-getter for his team.

It goes without saying that the cricketers will need to prove themselves in the domestic T20 competitions as well to progress ahead but the TNPL serves as the platform where they grab the eyeballs first. This season has augured well for TN Cricket and the standard of cricket in the T20 league is moving only upwards. 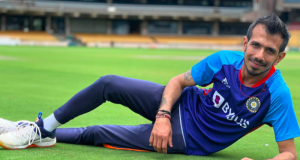 How Did Yuzvendra Chahal Fight His Way Back In The Indian...