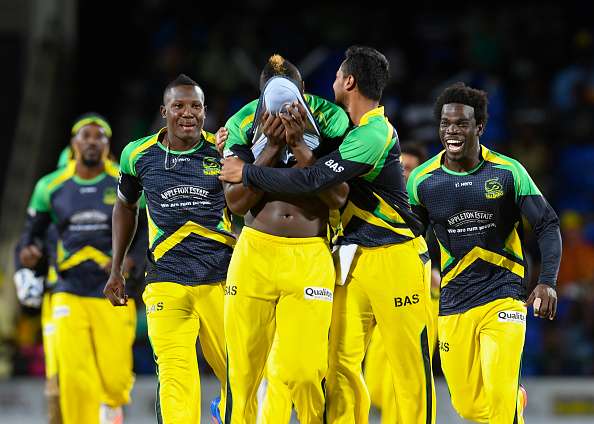 Cricket has produced great sportsmen; role-models who inspire the world. However, having said that, cricket has also produced some horrible uniforms. They’ve nearly made redoubtable talents dubious. They’ve gone as far as putting fans on the edge of their seats; it’s been an occasion where no one would mind falling off from.

The one thing that cricket cannot take is match-fixing.

It’s against the spirit of the game. It’s sadly contagious.

But is that the only thing contagious about Cricket?

Birthing team jerseys that resemble a zombie apocalypse has often come naturally to the sport.

Some indefatigable optimists may even suggest each time Cricket went the way of a multi-coloured uniform, it inspired the world to embrace an evolved form of existence; that of embracing cross-dressers and transsexuals.

It was liberating. But was that the thought?

Was it liberating when wearing Pumpkin greens Javed Miandad decided to jump on 22 yards as if a bed bug had bitten him in a tricky region?

Maybe, to some, it was also fun. But often, a vicious pain to the eye on account of being forced to consume too much colour.

Years before, Australia habitually consumed the alphonso mango colour as their own and the West Indies made a decision to stick to a colour that resembles stale kidney beans from the previous week- New Zealand, who today seem the most settled in the black uniform experimented rather dreadfully decades back.

Apparently, that was the day the stocks of Dolce and Gabbana fell for the first time. A few years ago, when the West Indians decided to walk out on a ground wearing the most luscious pink that not even Christina Aguilera or Missy Elliot would recommend, they made Cricket lose some sheen in the eyes of those it was epic.

Who knows whether some cricket outfits- given the rapaciousness of colours used- inspired (singer) Darius to come up with ‘Colourblind’, one of the most heard songs of the yesteryears?

That said, let’s look at some of the funniest uniforms in Cricket:

Team India proving to be poster boys of nationalism 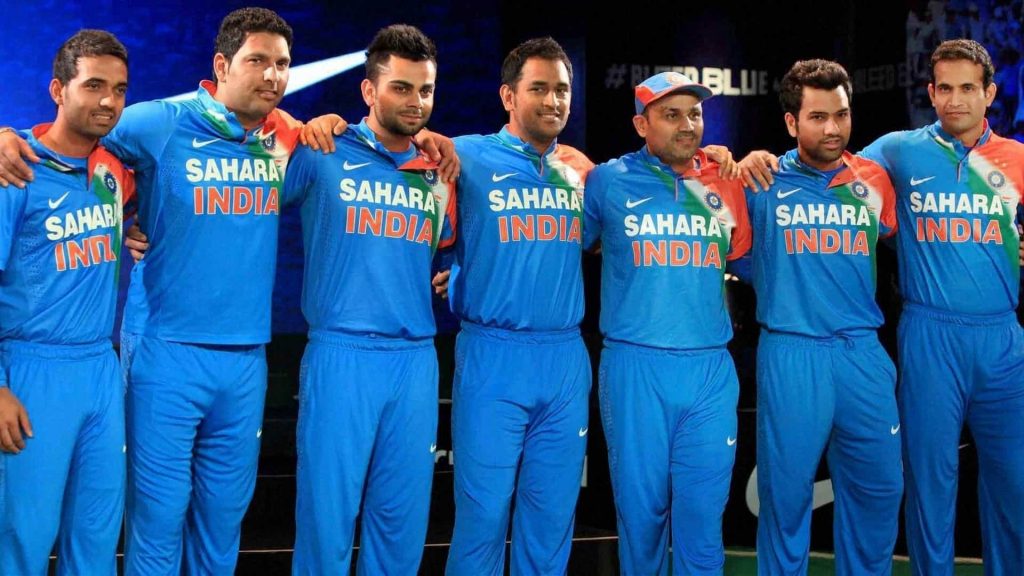 If you happen to look at the above closely, you’d realise, for some reason, each member photographed in an outfit that has no relation to the flick Blue Brothers whatsoever, resembles a Matryoshka Russian doll.

What kind of blue was this?

The only uncanny thing in this pic is that while Kohli for some reason isn’t seeming normal- his aggressive macho beard non-existing in the above- Rahane seems well-fed for the first time. 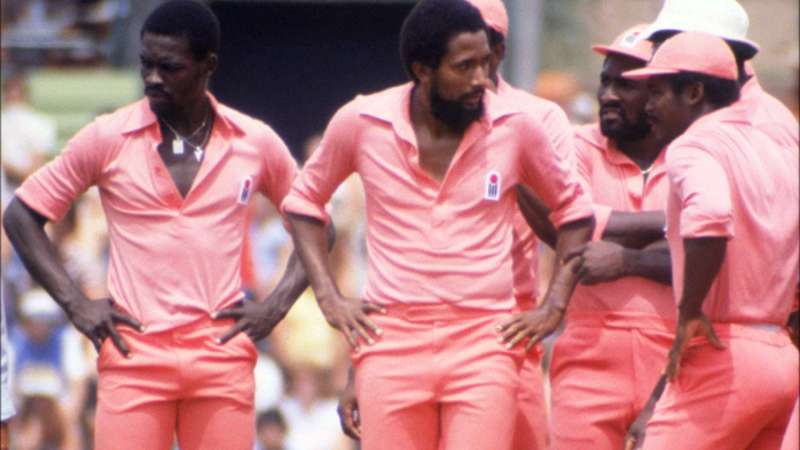 Before Amitabh Bachchan convinced the world of his acting greatness in a movie titled Pink, perhaps for the nine-millionth time, the West Indies confirmed to their fans about a decline in their fortunes that were to be experienced soon.

Perhaps, this was the only rare occasion where the fire in Babylon got extinguished a bit before the current generation of cricketers ensured a confirmation that it may never have existed in the first place.

The reason for Kenya’s ouster from the game

Back in 1996 World Cup, the Kenyan Cricket team defeated the West Indies. Richie Richardson, it is believed, made a closeted confession, his team wasn’t able to concentrate given the opposition’s jersey colour.

Rumour has it that an Alo Vera colour may have looked better on a juice extract, inside a glass, not on a cricket uniform.

Chanderpaul, who was often seen sporting the dark eye patches directly under his ‘tiger eyes’ was still recovering from the colour-blindness he’d endured back then.

When Zimbabweans offered the watermelon a tribute

A bigger disaster that was Henry Olonga’s bowling spell to Sachin was the magnitude of this costume proudly worn by Zimbabweans in the 90s.

Why was this uniform born to mankind wasn’t perhaps the problem. Why was this considered for an international event was the dichotomy if creativity was the inspiration behind the garment?

It’s widely believed the uniform was so successful that when the likes of Flower brothers, Olonga, Paul Strang and, Eddo Brandes retired they were given a piece each and ordered by Robert Mugabe to wear it for 1 full year. Did they shower post that? State secret! 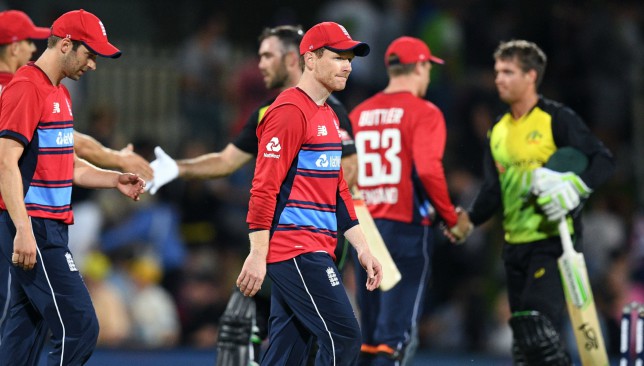 This wasn’t a jersey for starters; it was a cheap Sunday sale the English cricket board purchased from a Notting Hill-based flea market.

It wasn’t hard to note what caused a sudden dip in Eoin Morgan’s form.

That he was in this jersey was an idea labelled ballistic by the worst looking jersey cows in Switzerland.

The big daddy of all sporting disasters: NZ’s uniform 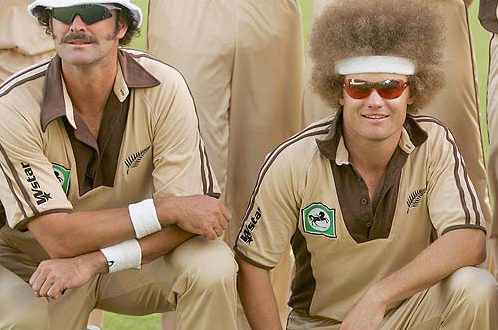 Let’s just end it there, shall we? With a hairdo like that, the International Court of Justice would definitely pardon Hardik Pandya a bail in a lifetime sentence he was awarded when he decided to go Colin Miller and step on a cricket field with blue streaks! 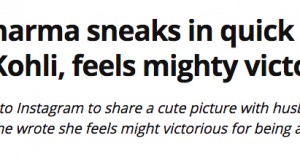 Do You Really Need To Know What Virat Had For Breakfast?...

Dev Tyagi - June 30, 2021
0
Cricket journalism is still alive in a country that cannot function without the sport the same way a batsman cannot operate without an L...