The problems with Zimbabwean Cricket involve a tussle over pay between senior player and the board. This recently embarked the biggest crises since 2004 player revolt. The coffer of the board seemed empty as numbers of fans began plummeting. An arrow seems to have been shot in the heart of Zimbabwean Cricket and its pertinent for Cricket community to save the game in the country

14-year-old Lusi Mwange and his friend had come to see Zimbabwe play Pakistan in the third One-day international against Pakistan hoping that their team will show some fight. But barely inside half an hour Zimbabwe were reduced to 32-5; all of them looked dejected and left the ground after an hour of disappointment.

It has been the fate of Zimbabwean Cricket fans who have become habitual of their team’s abject performance. A win here and there gives them a presumption that cricket administrators in the country has started to think about the common public and players.

This is the hope that brings some them to every game that Zimbabwe plays. The number though is declining fast. On the other hand, the board does not have enough money to pay to the players or even pay for hotel bills.

What the hell is happening?

Cricket has reached its lowest ebb in a country known for its rich cricket past. If you were to use a social media tag today, you’d say Hashtag #ThrowbackToYesteryears.

Former Captain Heath Streak has requested the board to be dissolved.

Zimbabwe cricket has a very proud cricket history where cricket has been a part of life since its inception way back in 1895. The early years were sporadic appearances in the South African domestic system. While the initial first-class match was played in 1905 against Transvaal, they participated in 1929-30, 1931-32 and then 1946-47. Zimbabwe’s premier domestic competition Logan Cup was organized in 1903-04 and was frequently organized from the late 50s. Zimbabwe’s cricket system and its players benefited by playing in a strong South African domestic structure. In those years, Zimbabwe produced players like David Lewis, Colin Bland, Chris Duckworth, and Paul Winslow.

Post-independence from Britain in 1980, Zimbabwe became an associate member of ICC in 1981, thereafter, the famous win against Australia in 1983 World Cup was marked as the stepping stone for test status which they got in 1992.

After getting test status Zimbabwe started taking strides, in their first test they amassed a huge 456 and almost forced India to follow on; only to become the second country after Australia not to lose its inaugural test. In 1993’s Karachi Test, they came close to defeat Pakistan only to be denied by Waqar Younis brilliance.

In the mid and late 1990s, Zimbabwe went through the golden period. They won Tests again Pakistan (in 1995) against India (1998) at home and then an away test series against Pakistan (1998-99). They also whitewashed England 3-0 at home in limited over series in 1996-97 and reached to the finals of Tri Series in England.

This was the pinnacle of Cricket in Zimbabwe. They had some of the best cricketers of all time and some could find a place in any international team. Players like Andy Flower, Heath Streak, Murry Goodwin and Neil Jhonson were the face of Zimbabwean Cricket ably supported by Grant Flower, Alistair Campbell, Guy Whitall, Henry Olonga, Paul Strang and Andy Blignaut.

The late 90s saw huge turmoil in Zimbabwe, as Robert Mugabe’s regime started to take over things in hand. They took lands of white farmers and started distributing it among the local black population. It was said to be a reversal of decades of injustice. However, the reputation of the country and so as the economy took a severe beating. With an uncertain future, a huge chunk of the white population started to migrate to other countries. Why wasn’t the tide reversed?

It also affected Zimbabwean Cricket as players like Murry Goodwin and Neil Jhonson left Zimbabwe. Andy Flower and Henry Olonga followed after World Cup 2003. However, nothing was as bad as the player revolt of 2004. In March 2004, after seeing the autocratic behavior of Zimbabwean Cricket where everything was controlled by a puppet of Mugabe, Ozvis Buvte, the player decided to revolt as the selection was being done on the racial lines.

March 11, 2004, The day which the laid the foundation of destruction of cricket in Zimbabwe, Heath Streak was called for a meeting which was to be headed by Ozvis Buvte, a person close to Robert Mugabe, he asked the team to be reselected and to include more black players, Heath Streak had always been the man of principle, he refused the suggestion of Buvte to select the team on racial lines. While Buvte was silent that day but when Streak demanded that unofficial quotas must be ended else he would resign, he was sacked as captain and 20-year-old Tatenda Taibu was appointed as captain.

However the board didn’t have any effect on it, they selected another team who was raw and didn’t have any international experience. The rebels faded away after months of a fight and apart from few like Ray Price, Heath Streak, Gary Brent, Grant Flower none other could play again for Zimbabwe again.

A whole generation of players was lost.

From March 2004- May 2018, Zimbabwe has struggled its way, political instability in the country meant that a lot of talented players left but Zimbabwe continued to fight some time with a string of losses and sometimes surprising with wins. This year World Cup qualifier seemed to be golden opportunity to bring the cricket in the country back on track. However a heartbreaking loss against UAE by 3 runs which knocked them of 2019 World Cup in England along with huge amount of financial support they would have got by qualifying for the mega event.

Things started to get back as the selectors were fired, so as the captain by the board. However, things turned ugly somewhat reminisce to March-April of 2004, though not as bad. This time senior players Brendon Taylor, Sean Ervine, Sean Williams, Graeme Creamer and Sikandar Raza refused to play because of their pending fees later Malcolm Waller also was included in the list, taking the total to 6 while the scenario is not as bad as 2004 but the things have already turned bad for Zimbabwe, as in spite of playing at home turf they have lost all the nine matches, what is worse is the lack of competitiveness.

Zimbabwe cricket has evaded from being suspended by ICC, however it doesn’t hide that cricket in the country is in ICU and needs the support of big countries and ICC to ensure that Zimbabwe Cricket Board starts to treat the players and fan properly, there is accountability and transparency in the working of the board. To ensure all the money being pumped by ICC is being used for the betterment of Zimbabwe cricket, CoA like BCCI may be appointed by ICC itself. This is high time that Cricket in Zimbabwe must be taken care of before it becomes too late and International cricket witness another cricket nation extinguish like Kenya Cricket.

Talents that Zimbabwe have lost since 2000 due to the situation in country or board’s policies: 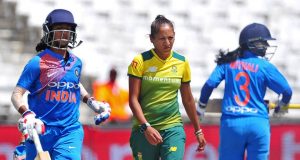 Shruti Banerjee - March 6, 2021
0
The post-COVID-19 period has seen a lot of caution being exercised to every sporting spectacle taking place around the world. The same principle has...