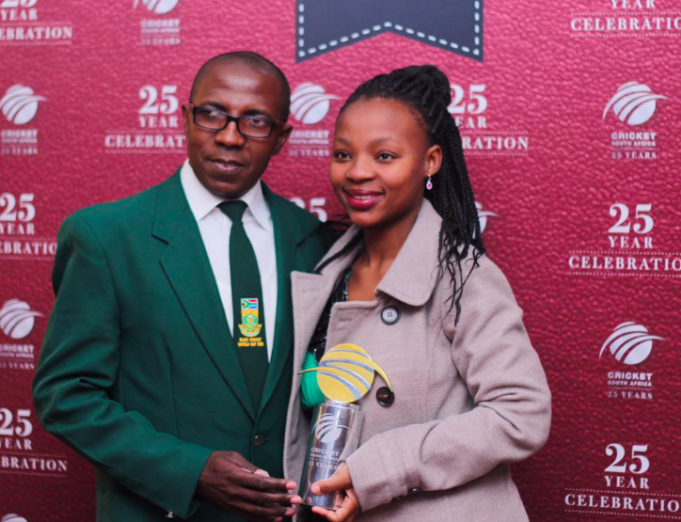 They say to play well; one needs to align mind, body, and spirit. But there’s also an element to Cricket without which one can’t succeed. Sonwabile Bidla had a vision for the sport. And the beauty of this earnest South African was that his vision was for those who didn’t have any: the talented brigade of Blind Cricketers of South Africa.

33 is a sedate number- is it not? In cricketing parlance, it signifies the peak of fitness and experience for a cricketer. Lara had just crossed 33 when he went on to hit his 400. De Villiers may have had the first sparkle of a thought about his retirement at that age. At 33, you think a cricketer can continue and if he’s going well, then maybe, for close to half a decade. 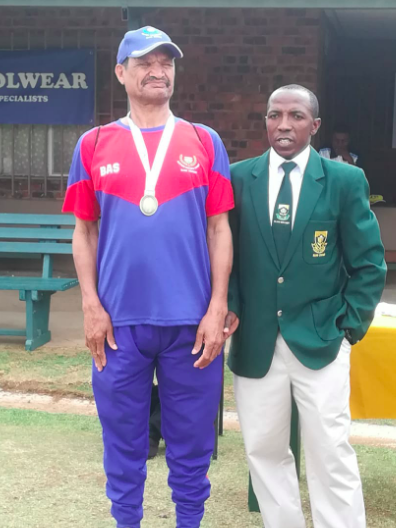 Johannesburg’s Sonwabile Bidla- supremely enthusiastic about the sport- didn’t seem close to his peak at 33. Such passionate was his love for furthering the cause of Blind Cricket that it seems, in the suddenness of his departure, his absence has conveyed the anguish Blind Cricket perpetually experiences physiologically: the lack of a vision.

Despite being challenged by limited eye-vision, he kept up with the game, persisted with encouraging blind cricketers in South Africa and, worked valiantly toward the one main agenda, which should it succeed, can enable a watershed moment in the further development of Blind Cricket: an increased grant.

That, at 33, he had already been an ex-captain and was the serving President of Blind Cricket South Africa, rigorously traveling along the country to raise awareness about an often under-appreciated and even under-represented specter of cricket in Media, one reciprocates the pain his void produces but also unfailingly appreciates the cause he stood up for.

There are cricketers who simply love one aspect of the game, it could be batting or bowling. Then there are those who love leading their respective side. Finally, there’s a league of extraordinary individuals who often bat for the cause of others. Sonwabile Bidla loved standing up for others at a time where he could’ve simply enjoyed the pleasures of having been an active cricketer.

His wasn’t a cricketing lineage; it was a marksmanship he forged with tremendous passion, representing South Africa in 3 Blind Cricket World Cups, batting tirelessly for Gauteng Blind Cricket.

In 2012, 2014, and 2017 Blind Cricket World Cups, he spurred South Africa with some enthusiastic performances.

In his humility, people-management skills, and understated presence, there also rested some cricketing highs, something that he didn’t flaunt and touched upon rarely. 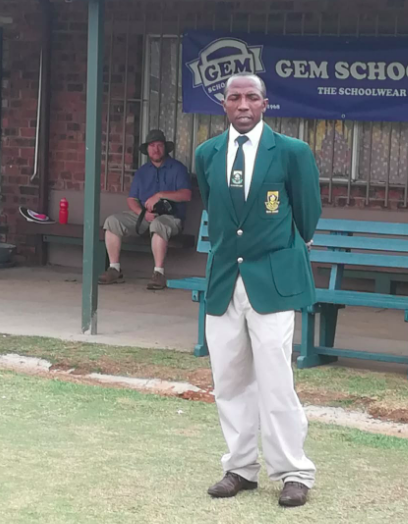 In July 2016, he was awarded as the Blind Cricketer of the Year award by the revered Cricket South Africa. You could sense his award win permeated the spirit of the entire Blind Cricket contingent in South Africa, for his win was that everyone’s.

Wearing green with the Rainbow nation’s badge decked proudly on his chest, the bespectacled Sonwabile Bidla was an intelligent conversationist who enjoyed picking discussions with his colleagues, administrative members, and even umpires, another unsung lot that hardly get the attention it deserves. He bonded equally well with dedicated members of the establishment of Blind Cricket in South Africa, including his dear friend, Mr.Taariq, an umpire par excellence in their game, one who works tirelessly day and night to further the interest of Proteas administration in this sphere of cricket.

The cricket purist would want nothing more than seeing the interest in this challenging game double in terms of viewership, the way technically runs scored are doubled in the limited overs format.

But for that to happen, a lot rests on the stakeholders; fans, those who govern Blind Cricket, the cricket board that is entrusted with the task of running, monitoring and spreading this sport.

A great day of redemption in the development of Blind Cricket- all around the world- would be when all stadia wherever these matches are played are filled, backs are patted, hugs exchanged, and standing ovation served for talents who can sweep, slog, hit, mishit- and do all of that – with rich vigor. 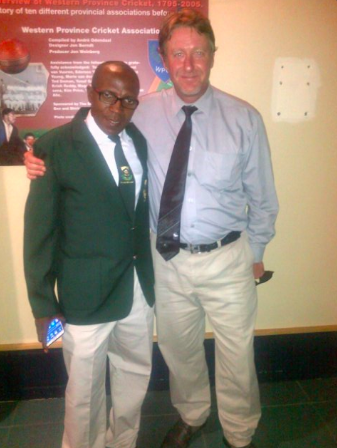 And what can be better than upholding the dignity of blind cricketers in the land of Madiba; the rainbow nation. We must remember, to stoke the spark of the Proteas Fire, the blind cricketers are also contributing to forward a lasting vision. The more we support them, the more we pay an ode to the legacy of the unforgettable Sonwabile Bidla. 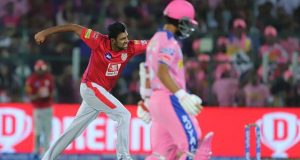 Ashwin Runs Out Buttler & The IPL Births Mankading. But Who’s...

Chandhana Gogineni - March 27, 2019
0
Mankading was perhaps not the most used term of them all, which is when the 2019 IPL reminded us that it hadn't actually gone...