Greatness doesn’t come to those who desperately seek it; it manifests itself in one’s efforts given for the greater benefit of others. A look at Amol Mazumdar suffices the claim.

For most young cricketers out there, elevation in the domestic levels is an important determinant for getting selected in the national team. Maybe, today the IPL has provided a bigger platform but this wasn’t the case before 2008. The likes of Ajinkya Rahane, Wasim Jaffer, Rohit Sharma have all toiled hard before making it to the national team. However, amongst them all was Amol Muzumdar who oversaw them turn into potential stars.

During the 1990s, if there was any name in the Mumbai cricketing circles after Sachin Tendulkar, it was that of Muzumdar. He did get his chances in the u19 squad and India A, where he shared the dressing room with the other stalwarts Sourav Ganguly and Rahul Dravid. But they all had different destinations and sadly, Amol never managed to break into the Indian team. A dream that remained unfulfilled.

One may argue that his numbers might not be so significant but that isn’t the case. With an aggregate of 11,167 at an average of almost 50, Muzumdar held the record for most runs in Ranji Trophy for a considerable period. His consistency and strong resilience were the greatest pillars of his batting. Hence, it is really difficult to figure out why he never got picked. No doubt it remains one of the biggest unsolved mysteries in the world, probably on par with the Bermuda Triangle.

Here was a batsman whose strength relied on timing the ball to perfection rather than just hard hitting it. The right-hander struck a spectacular 260 not out on his first-class debut. One thought, that was an automatic self-invitation into the national colours, but only if it was to be so.

He had already shown glimpses of his prominence in those early days. Years passed by, his contemporaries went on to get a chance in the national squad. However, Amol stayed there piling up runs, leading the tables for more than a decade.

Just when you thought there was nothing left for him to prove, he even led Mumbai to a Ranji title win. So what made him so unnoticeable in the eyes of the selectors? ‘I can find answers to a lot of things, but I can’t find an answer to that’ was Amol’s sincere response. The fact that he was padded up the entire duration during Sachin Tendulkar and Vinod Kambli’s 664 run partnership totally sums up his career.

A week ago, you could see the frustration in Faiz Fazal’s tweet; the cricketer who has been constantly striving at the domestic circuit, season after season, without any respite broke his silence. When you work hard and things don’t go your way, it’s tough to motivate yourself. To gather the courage and continue requires a lot of grit and determination. However, Faiz still got an opportunity to represent the nation even if it was against Zimbabwe. In the case of Amol, he failed to achieve that honour.

So how do you describe Amol Muzumdar? Someone who was unlucky? No way. History will remember him as one of the most outstanding batsmen to have featured in domestic cricket. The man who deserved much more than what he got. Here was a batsman who should’ve gone on to represent India once at least. But maybe, destiny wanted him to stay in Mumbai, to be the backbone of their middle order, to be a guiding light for the other youngsters and set an example. To be remembered for something unique. It ought to be said, his contribution to Mumbai cricket will never go unnoticed. 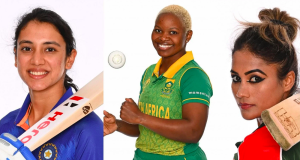 2022 Women’s World Cup: How The Showcase Event In Women’s Cricket...