The nail-biting cliffhanger, eventually eclipsed by Australia has set the perfect tone to ongoing India vs Australia 2018 series. Hasn’t it? So what lies ahead for the talents on the ground and the fans off it?

The last Time India toured Australia in 2015, they were walloped by a 2-0 series loss. The Border-Gavaskar Trophy has always been a neck-to-neck competition ensuring quality cricket.

Now with a completely different side, given there’s also some water that’s flown under the bridge, India will aim to improve their overseas stats by punching the Kangaroos.

Just that, their challenge is a bit tough. Kohli’s men will have to punch down their foes in the latter’s home turf

The Aussies are already passing through a rough patch. Moreover, as their ace batters are serving the ban imposed after the sandpaper conflict, one doesn’t quite know what’s the certainty of the batting order.

Should Maxwell play both ODIs and Tests, we could have something interesting, provided the likes of Shaun Marsh and others stick around to put up a fight. Else, one fears, it might be an easy walk Down Under for India, something that will appal Australian fans.

That leaves us with a question.

As Smith and Warner will not be featuring in the encounter, will there any enthusiasm in the series? Who will hold the edge and how strongly so?

Questions run amok and as fans, we can only submit our true feelings seeing the balance of both sides.

Undeniably, Australia are the most decorated side in the history of the Gentlemen’s game. Maybe, they look feeble on paper without their marquee players, Australia are still a formidable side capable of turning the tables. This is, mind you, their home playing turf

But while the Australians lack the depth in batting, their staunching bowling unit of Starc and company can put up a strong fight- isn’t it?

Let’s look at some key battles that will certainly raise the bar of the India vs Australia 2018 series.

The battle whole cricketing world is waiting for is finally here, the best batsman who is piling on runs even in his sleep will be up against the best bowler in the game today. Kohli amassed 692 runs at an unreal average of 86.52 when he visited Australia last time. To triumph the series, Aussies will have to find a way to calm down Kohli’s storm which has demolished every single side around the world. This highly anticipated battle between the two peers of the game will decide the fate of the series.

Hazlewood might not have an eminence like Starc. Yet he is equally good when it comes to domination on swinging surfaces. The same goes for Pujara.

He is often overshadowed by Kohli but still holds the key to play the anchor role.

Pujara’s form will be a decisive factor in the context of the series. He has got the best temperament on the field, maybe even better than Kohli, which will certainly help him counter Hazlewood’s swinging intrusion.

Let’s not forget, it’s a giant that Pujara will be up against. Hazlewood brings in the tendency of moving the ball both-ways a bit like Ben Hilfenhaus, his much less-vocal compatriot.

Hazlewood has performed exceptionally well over the years as he scalped 151 wickets in just 40 Tests. With an unrelenting line and length, Hazlewood holds the key to remove the top order of which Pujara is a mighty construct.

This battle might not be as hyped as Kohli vs Starc, still, it will be an exciting one.

In the absence of arguably, the world’s best Test batsman, Usman Khwaja is the backbone of Australian batting order.

His experience is what will play the crucial role; well, at least, the Aussies will certainly hope so.

The classy left-hander flopped in India. But recently, against India’s greatest cricketing opponents- Pakistan- he was able to show some fight.

Can he carry that in this series too? Let’s see.

Here’s what is crucial.

Khawaja, he will be eager to manifest how good he is when it comes to tracks offering bounce and swing in India vs Australia 2018 series.

Khwaja can bat for longer periods forging the opposition to exhaust, it’s a Pujara like tendency that one’s gotten used to seeing only on the Indian’s home turf.

Just that on this occasion, it won’t matter if Khwaja bats on his home turf, as long as he can score well.

On the other hand, Ravi Ashwin presents a hindering challenge to Khwaja as he got the better of him in the past few occasions.

Ashwin loves to bowl against left-handers as he made two of the best batsmen Alastair Cook and Sangakkara a bunny when they encountered his offies.

Surprisingly, we saw Kohli handling the new ball to Ashwin to nullify Jennings and Cook’s impact.

Can similar scenes take over this series too?

There are a few mini battles that will raise the bar too.

Everyone’s favourite- GOAT- Nathan Lyon is one such player who can trouble Indian players like no one else as he did earlier too. With India’s batting woes it will be a tough task to score in swinging conditions against a bowling unit that can be lethal on its day.

Having said all that, what are your feelings about India vs Australia 2018 series? Is it fair to simply shrug off Australia in the absence of their batting duo? Or is it sensible to accept that the hosts can still come hard at Virat and men? 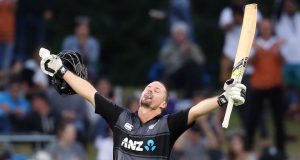