It’s the opening day of the Women’s World T20 as Australia kickstart their campaign. Left-arm orthodox Anam Amin is into her fifth ball as Alyssa Healy takes strike. Tossed in the middle, Healy makes room and smashes it straight over the top for a colossal maximum. She had made her intentions clear from her very first over of the tournament. By the time she got out for 48(29), Australia had cruised to 72/1 in 8 overs.

What follows is 3 Man of the Match awards from as many games.

Throughout the tournament, Healy has continued to ooze confidence every time she made an appearance to the crease. The way she has scored freely regardless of the situation is quite commendable. Boasting of some aggressive stroke-making abilities, she has set the precedent of going after the bowlers from the start. The wicketkeeper batsman has posted scores of 48(29), 56(31) and 53(38) so far.

The way she has gone about with whirlwind shots has set the tone for Australia from the start. Her explosive mindset has been beneficial for both her as well as the team. The same could be attributed to the kind of starts one has seen by the Women In Gold in the tournament so far. They toppled Ireland by scoring the target of 94 in just 55 balls. Also, in the game against Kiwis, where they put up 69 within the first 8 overs, without losing a wicket.

How’s that for a start?

The only game where Australia failed to get a good start was when Alyssa missed out due to a concussion. You could see the end result. Was Alyssa Healy’s absence the crucial factor?

Against India, the Australian women were off to a dull start with 59/4 in the first 10 overs. Just goes on to prove her mettle at the top order. Alyssa Healy has successfully managed to carry forward the quintessential approach and adopt the Aussieness of playing aggressively.

In any form of cricket, openers are responsible for laying the foundation of any innings. There’s a reason that a Virender Sehwag or a Sanath Jayasuriya was such a valuable asset at the top in spite of averaging in the 30s. It was their hard hitting skills at the top that kept them as well as their teams going. Alyssa Healy’s strike rate has been hovering around at 160 in the tournament so far.

Also, the decision to promote her as opener worked wonders for the Aussies, if that was Lanning’s call, it was solid gold, wasn’t it?

Even in the series against Pakistan preceding to the WWT20, Healy notched up two half centuries in three games to show off her batting prowess. Hence, the recent performances from the Queensland opener won’t come as a suprise to her skipper Meg Lanning.

The semifinals wouldn’t be an easy affair for Australia as they’re up against defending champions. Not only have the Windies remained unbeaten in the group stage, but also restricted every opposition to a score under 120. Deandra Dottin and Stefanie Taylor have been wreaking havoc and bamboozling the batsmen time and again. Hence, Alyssa Healy’s biggest test will be on Friday when she’s pitted against these two.

So as Healy walks out to bat at the Sir Vivian Richards Stadium at Antigua, she’ll be looking to take a leaf out of the great man’s book. Go ahead and continue to torment the bowlers and bat with a calculative approach. That’s because if Australia can overcome the Windies challenge- they will do well to remember that in 2016, it were the Windies who ran them down- there’s nothing that can stop them from attaining their fourth title. But for that to happen, Alyssa Healy will have to continue being the reckoning force 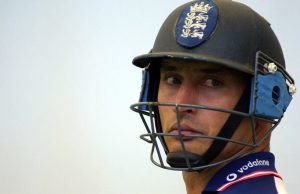 Abhinav Bose - March 28, 2020
0
"Sacrifices are not something to regret, they are something to yearn for.’’  To understand the depth of this phrase, you will have to make a... 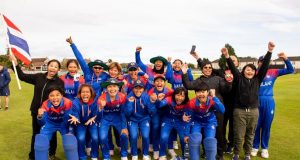