There are those like AB de Villiers and Virat Kohli whom you see and know right away they are made up of something special.

Then, there are those like Gautam Gambhir who may not be the most gifted players on the earth but with their resolve, determination and untiring hard work, they become the best version of themselves.

To make the most of what you have is the true personification of cricket. Gambhir may not have been the most gifted batsman but with his persistence and grit, he became one of the greatest batsmen that India has ever produced.

Most millennials may know him as someone who is extremely active on social media. He is unabashedly passionate – some may say touchy – about the defence forces and the feeling of patriotism.

This sometimes gets him associated with a particular ideology.

But if that’s the cost of expressing unfiltered emotions, so be it. It’s Gautam Gambhir, after all.

In 2011, when the Kolkata Knight Riders roped in Gautam Gambhir as skipper for a whopping $2.4 million, the move raised a few eyebrows. Vacant stands greeted him at the Eden Gardens that year. The fans were distraught with homeboy Sourav Ganguly being stripped of the captaincy after a forgettable year.

However, the opening batsman won hearts in a short time as he led the side to two championship titles in 2012 and 2014. Seven years later, the same fans couldn’t have been happier if Gambhir hadn’t moved to Delhi Daredevils.

After the 2017 IPL season, Gambhir pictured a perfect culmination to his prolific career. He chose to move to Delhi Daredevils; to Delhi, the city that shaped the formative years of his cricket. He pictured ending on a high with loads of runs in the league and possibly a farewell international match; which might have been wishful thinking on his part.

That being said, six unsuccessful matches cannot botch a long successful run, not only as a batsman but as a skipper. Six matches cannot take away all that he has earned after shouldering the responsibility of KKR, a team that possibly did not have the best resources but managed to make the most of what they had got; a trait so typical of the man himself.

Also, stepping down from the captaincy and benching yourself is not something everyone is capable of. When you have been around for such a long time, shared dressing rooms with the best in the trade over the years and helped your side win two World Cups, it takes a certain kind of humility to forgo your place for a youngster waiting in the wings.

Be it IPL or international cricket, Gautam Gambhir gave it all he had. Ironically enough, his career stats say that he probably couldn’t maximize his potential. A Test average of a shade over 40 with nine centuries and an ODI average of a shade under 40 with 11 hundreds do not fully convey the impact that he has had on Indian cricket.

Be that as it may, the Delhi boy played like a Delhi boy. His heated moments with Shahid Afridi, Simon Katich, and many others were just an extension of the spirit with which he played the game. He knew he was one of the best and he would not settle for anything less.

Be it for the Delhi Ranji team or Team India, Gautam Gambhir was often overshadowed by his opening partner Virender Sehwag. Perhaps, Gambhir did not have the flamboyant batting style of a Sehwag or a Dhoni but he knew how to get the job done.

The way the left-hander stepped up his game in big tournaments is a testament to this fact. The two feathers that look the most stunning in MS Dhoni’s cap lend themselves to valiant efforts from Gambhir. In both the 2007 T20 World Cup and the 2011 World Cup, it was Gambhir who top-scored for the team to set the platform.

However, on both these occasions, his knocks were eclipsed by more glamorous performances.

Given Gambhir’s inclination, it would not come as a surprise if the opener decides to don the politician’s hat. But that he has always been someone who is known for his political incorrectness, one cannot be quite sure of how the two will sync with each other.

The 37-year-old also featured as a commentator in the recent T20I series between India and Australia. As expected, he was not shy of calling a spade a spade and his remarks made for some gripping viewing.

He has also dabbled in charity recently and that is another avenue he would like to explore further.

Gambhir may not have got his due appreciation or a farewell match like some of the other greats but his feisty memories would forever be etched in the hearts of Indian cricket lovers. 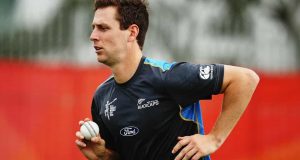 Matt Henry- The Days Of Being A BackStage Hero Are Over

Abhishek Srivastava - June 5, 2019
0
Here's a common example of how human psyche works. We tend to look up to those who serve an example of excellence. This is...