Ellyse Perry is in scintillating form as the all-rounder scored two successive unbeaten knocks – 102 and 74-for the Sixers in the back-to-back matches played initially in the tournament held this weekend.

In the Second match for Sixers, England Wicket-keeper Jones played a brisk 57 that helped Scorchers post a respectable total.

Villani along with Jones built a strong opening partnership of 77 runs to give PS a solid start. Thankfully Bolton ended up contributing 40 runs to push the total to a competitive score.

South African Captain Dan Van Niekerk led the bowlers to rip through the line-up when she picked 3 wickets to restrict the opposition to 167 for the loss of 9 wickets.

Healy was removed early in the second over.

That is when Perry and Gardner built a crucial partnership of 88 runs where Perry was the aggressor and Gardner rotated the strike well to keep the scoreboard ticking. Though after the fall of the second wicket, Dan Van Niekerk along with Perry began to strike with ease. Perry hit her first ever ton in 59 balls this season with 14 Fours and 2 Sixes can be regarded as one of her best knocks. The Australian all-rounder added more excitement when she brought up her century and the winning runs at the same time by thrashing the ball in the long off area.

It displayed her natural game and her ability to strike with ease which in-turn played a decisive role in the win.

The Second match was again a repetition to the previous one when Perry showed incredible consistency with both bat and ball. After winning the toss, Perry opted to bat first.

Sixers again lost Healey early and Gardner for a duck, Perry yet again faced a pressure situation demanding to build a good partnership. That is when Erin Burns alongside the skipper built a match-winning unbeaten stand to post 167 runs for the Thunders to chase.

Only Taylor proved helpful in picking 2 wickets for the Thunders.

Sixers have done extremely well with its band of 8 bowlers put to play. Perry, being the prime bowler again struck twice by removing Blackwell and Taylor.

Heman in her First match this season showed her might by striking 45 runs off just 28 balls, but her short stint came to an end with a full and inswinging delivery by Lauren Cheatle. They were restricted to 132 runs as Thunders lost their 1st match by a big margin. Perry was adjudged the Player of the Match in both these matches for her all-round performance.

HURRICANES AND RENEGADES OPEN THEIR ACCOUNT EARLY IN THE TOURNAMENT

Hurricanes, who showed signs of revival since their disastrous outing last season, made a comeback early in WBBL-2018.

Their match was a one-sided affair, while the Renegades beat the strikers in a last-ball thriller.

The Hurricanes since the first match against the Scorchers showed improvement in all departments. Though it accounted to a loss in their previous match to the Stars, they bounced back in some fashion, that amazed the Stars.

Indian opener Smriti Mandhana, top-scored with a stylish 69 along with Mathews to post a massive total of 196 runs. With a powerful batting line-up, Stars tumbled as the players returned one after the other due to the combined effort of Pyke and Meg Phillips who bought in early breakthroughs during the match.

As a result, Stars were restricted to 124 in just 17-overs. Heather Knight was the pick among the bowlers as she kept attacking the batters, ultimately picking 3 wickets at an impressive Economy Rate of just over 3 per over. Smriti Mandhana was adjudged the player of the match.

On the other hand, Renegades opened their points tally with a win against the Strikers in a last-ball thriller. As the Strikers were restricted to a moderate score of 153 runs, the Melbourne Renegades were put in a tight situation with 8 runs required to win by the Renegades. Though Wellington provided early breakthroughs for the Strikers, it wasn’t enough to restrict them. Claire Koski smashed a boundary through the deep square leg region to bring them their 1st win of the season of the last ball. Danielle Wyatt was declared the Player of the Match for her match-winning knock.

STARS EMERGE VICTORIOUS IN CLOSE GAME AGAINST THE HURRICANES, SCORCHERS CRUMBLE AS BOWLERS’ TURN THE HEAT(S)

Hurricanes fought hard till the last over, to get them back to the winning ways, but Stars outperformed the Hurricanes narrowly by holding its nerves in the last over. Heather Knight stood as the sole player to score when the Stars decided to put Hurricanes to Bat first. Bowlers like Hancock, Sutherland, Osborne, and King were efficient to keep the Hurricanes under control as they posted a score of 158 to chase. With 4 wickets falling early for a petty total of 23-runs. After which, Preez and the skipper Osborne put together a century stand between them. Each of them scored 50 each to push the Stars over the winning line.

Erin Osborne was awarded the Player of the Match award for her all-round performance. Mathews, Hepburn, and Phillips continued their fine form and toiled hard till the end of the match.

Scorchers ended up with a disappointing collapse of its batting might when Heat proved too hard to tackle. Vilani top-scored with a knock of 45. Jonassen, Sammy, and Kimmince picked 2 wickets each which rattled the Scorchers batters who fell one after the others, ultimately failed to build strong partnership all the way. Jonassen, Mooney, and Short reached the target with 7 overs to spare. Sammy-Jo-Johnson was adjudged the Player of the match for her pivotal role with the ball in picking 2 wickets at an awe-inspiring economy rate of 3 p.o.

THUNDER STRIKES AS HEAT BOW DOWN WITH TWO STRAIGHT LOSSES

Thunder strikes with all its might, as they beat Heat by a comfortable margin. Haynes and Priest together put a strong partnership of 89 runs to give the Thunder a solid start to the innings. Harman arrived with all guns blazing as she smashed a powerful half-century comprising off six boundaries and three Sixes to bring her 1st fifty of the tournament. Alex Blackwell Finished off the innings with 4 fours and a six to power the Thunder to 192 run-mark. None of the Bowlers except Sammy were useful to keep the Thunder’s batters under check.

After the fall of two quick wickets of Sammy and Mooney by the 6th over, Harris and Short’s stand showed signs of revival as they reached 88 runs. Soon after that, Harris fell for a well-made fifty. Soon after her exit, 5 wickets fell at an interval of 10 runs. Gibson was the key bowler to trigger a collapse, who turned the match in favour of Thunder, by returning Harris for a pull short of her off spell, that triggered a major collapse, this cost the Melbourne Heat heavily. Wolvaardt demotion to the lower-order proved less useful. Harmanpreet Kaur was adjudged the Player of the Match for her all-round exploits.

#The match between Adelaide Strikers and Melbourne Renegades was washed out due to rain. Both teams were awarded a point each.

This weekend results pushed few of the tournament favourites to the bottom of the table, while the defending champions Sixers still maintained their prime position at the top of the points table closely followed by the Thunder. Hurricanes with their positive intent have the highest Net Run Rate this week. Perry topped the batting charts, while Taylor is heading the bowling charts. The entry of foreign recruits into their respective squads has had mixed outcomes, while the domestic players are paving their way to the national squad with like Graham, Barsby, Sammy, Short, and Osborne. Looking forward, WBBL has much more to offer in terms of quality cricket and sportsmanship. 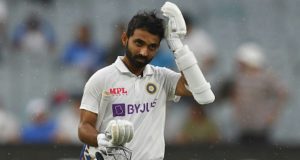