WV Raman, the current batting coach at the NCA (National cricket Association) was appointed as the new Coach of the Indian Women’s cricket team by the BCCI.

He was interviewed by the Adhoc Committee set up by COA (Committee of Administrators) comprising of former cricketer Kapil Dev, Aunshuman Gaekwad, and Shanta Rangaswamy.

The Committee has shortlisted three names in order of merit namely Kristen, WV Raman, and Venkatesh Prasad. Due to the unavailability of Kristen, Raman was appointed as the new coach of the team.

This appointment and the purpose and the way it took place has already been questioned by the BCCI officials and the COA’s another member Diana Edulji while Vinod Rai make his stand to continue with the process of appointment.

This tussle is way less than the incidents that turned-out soon after India crashed out from the semi-finals of World T20. The Mithali-Powar rift was in public domain when their individual emails sent to the board were leaked. This showed a split in the team and the management of the Women’s cricket team.

How has it evolved through these months? Who is to blame?

The coach and the players were asked for explanations and immediately the notice for the new coach was released.

The blame game did continue over several mediums, but the revolution that this women’s team bought is losing its light due to this shadow of immature and reckless handling of a team. These issues should remain on the field and within the squad’s ambit of scrutiny. This extended overall limits and caused a gamble of Players dissatisfaction and coach’s vulnerability.

It looked apparent that Powar will be replaced by a high-profile coach, but he did have a chance to re-apply for the post. In between, the T20 Captain and Vice-Captain Harmanpreet Kaur and Smriti Mandhana have shown their backing for their former coach Powar and his influence on the team to play fearless cricket. Edulji’s also showed her support to retain Powar as a coach.

Within in no time, COA then approached the CAC (Cricket Advisory Committee) to lead the way for appointing the new coach. As they refused to do so, the new panel has short-listed the candidatures for the post based on their credentials. WV Raman stood as the Second-best choice to be chosen as the Coach.

The challenges lying ahead for WV Raman are varied and the BCCI could have done better in handling the selection process. How let’s find out?

Regarding the selection, the committee itself has esteemed panelists whom we can rely on. But when Kristen, the coach of the World-Cup winning team was the 1st choice, BCCI failed to convince him to take up the new job as a coach to the National team. If the board had been this serious towards the women’s game, the regulating body could have taken a step closer towards his appointment. He could have been released from the present contract of Royal Challengers Bangalore (RCB) and compensated in the newly donned role.

It was within their jurisdiction to do so, this could have increased its credibility and its proven its commitment to the Women’s game. Unfortunately, nothing happened. A foreign coach with rich experience would have better ability to handle the rift to ensure they are on the track to the world-cup win.

This problem and the whole saga has diverted the very purpose of the rapidly evolving women’s game in India. This very team had sown hopes in every mind of an Indian fan to watch women’s cricket with pride and rose its stature to imply that they do exist and also have shown the power game on par with their male counterparts. The board has to show some wisdom to handle these disputes as they could do worse if they are put into the public domain.

Nevertheless, Raman has high regards when it comes to molding the young bunch of players in the team. But his challenge is to place a common ground between the senior players and mingle the youngsters with them for the betterment of the team as a whole.

In 2015, Raman was appointed to the coaching panel as a batting coach at the NCA. Since then, he supervised numerous players to hone their skills and improving their plan and approach towards their game.

According to the reports of CricBuzz, the U-19 players opened up to praise the former opening batsman who has the ability to shield the young players to protect them from any distractions and to open up and be fearless in approaching the game. His brief stint of working with the U-19 team is another positive for the women’s team which has a majority of youngsters in the squad especially the T20 side. They will be benefited in a way that the Seniors rift should likely grow dim in the months to come as that’s what he will be focussing to clear off from the roots.

Gambhir also mentioned that the veteran all-rounder played a crucial role in his rejuvenation in his batting. This is a virtue that will unravel the middle-order collapse that cost India the World-cup in 2017. The batting apart from the top-order has been a concern, Raman primarily a spinner who evolved as an opening batsman will be a wise choice to plug those gaps that need immediate attention.

Indian women’s cricket team has been in the limelight since a month for the remorse caused by many.

Anyone would freely opine on the matter of the team’s core’s differences. Why and how can fans be curtailed from expressing?

But Mithali Raj’s wisdom, as felt in her recent statement- We are one big family and in every family, there will be differences of opinion- presents some maturity and calmness, perhaps something that the team needs. Does it not?

Having said that, it’s also a facet- calmness and peace- that Raman would be expected to bring, after all, his natural batting style exhibited just that.

The new coach will be ready to preside over his first mission in the form of India Women’s Tour to New Zealand, slated to begin late January 2019. 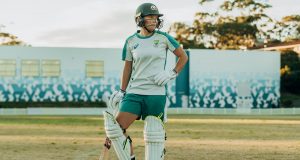