The existence of a subaltern or alternate world has always attracted scrutiny from the world. Essentially, such psychoanalytic discussions have always driven human thoughts and have, thus allowed what can be seen as a free flow of thoughts and perceptions. Purely in cricketing terms, South Africa are a team that warrants a presence in the parallel world discussions.

For close to a decade, Dale Steyn has carried the burden of his team’s bowling fortunes in favourable as well as unfavourable conditions.

But if you were to examine their cricket- flawed and enigmatic- that it may be, South Africa continue to further this discussion

South Africa’s cricket journey so far has been an enigmatic one.

From being on a prolonged period of hiatus to being dubbed as chokers, it hasn’t been easy going either for South Africa or their die hard supporters. The modern Cricket fan may not be familiar with South Africa’s fairytale run in the 1992 World Cup but they can surely remember their painful defeat against a spirited New Zealand side in the 2015 World Cup.

It’s their presentation of the Proteas Fire by so many stars and players with exceptional talent, that South Africa have won a few World Cups in the alternate world.

But, surely there are no alternate worlds in sport. Or are they, unless one comes to represent excellence that cannot afford unworthy comparisons.

As a fast bowler, Dale Steyn has all the attributes of a champion. Silky smooth run up to the crease, that high jump kind of lunge, and that body in proper alignment with his action makes him a worthy champion. What sets him apart from his adversaries is his attitude to keep running in with all his might no matter what the game situation is. A dream player for any captain, isn’t it?

As a Fast Bowler, he is not fortunate enough to be blessed with a body which allows him to ply his trade with aplomb. On the contrary, he has had to bear the brunt of possessing a fragile body making him vulnerable to injuries. More than once in his career, he has broken down either in the middle of an all important series or just prior to one. Dale Steyn has certainly been through a lot. But, still he is a champion performer of a country rich with unique and dazzling talents.

The greatest entertainers of all time in any field have always stayed honest to their strengths and never tried to tinker with it in any patch of their career. Anil Kumble never tried to turn his leg breaks, Shane Warne kept on bowling his leg spinners day in day out trying to prize batsmen out. In contemporary terms, Nathan Lyon has stuck to his off spinners and has tasted enough success more than any of his adversaries.

Similarly, Dale Steyn has never tried to experiment with slower deliveries or even think about bowling fancy deliveries just for the sake of it. He has a big fast bowler’s ego. Any hit to the boundary by a batsman is unwaveringly followed by a quick bouncer and a threatening stare. He carries the aura of a fast bowler with him and we love him for that.

Being a popular character in the Protean Dressing room does not take away his mentoring responsibilities for the young quickies like Kagiso Rabada and Lungi Ngidi. His journey atop the wickets tally by South African Bowler masks numerous surgeries and a burning desire to play for South Africa and bowl fast.

His overall record of picking up 422 Test wickets and 365 ODI wickets has earned him repute and fame as one of the all-time bowling greats. But, what has earned him respect is his temperament and attitude of a fearsome fast bowler thereby weaving a cult and genius of his own.

His inevitable retirement looms large and whether he will lead the South African attack to a title victory in the 2019 World Cup is a matter of fantasy. But, more importantly, when he eventually decides to hang up his boots, he will probably be snapping our last thread with the past generation comprising Ponting, Lara, Tendulkar and Dravid, legends whom he played along and troubled all at the same time.

Only in terms of attitude and tenacity, does he qualify as the best fast bowler to have played the game ever? 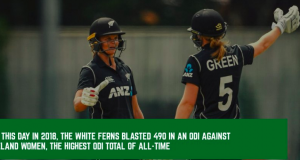