2018 started with a bang for D’Arcy Short as he was piling on runs with ease in BBL. The storyline this year isn’t any different. He is into the runs again and it’s almost a déjà vu for the talented southpaw.

After his BBL heroics last year, he made into the Australian national team quite easily. Although he failed to live up to the expectations, yet his unreal, more than 500 runs in BBL 2017-18 made sure he becomes a cynosure in IPL 2018 auction.

Supposed to be a fairytale, IPL 2018 turned out to be the worst nightmare for the lanky left-hander. He could manage only 115 runs in 7 innings, with an average strike rate of 116. His vulnerability against spin bowling was exposed and he struggled to even rotate the strike.

Later in 2018, the blistering left-handed opener was snubbed from Australian team too due to lack of form. He went on to play Sheffield Shield, where he smashed third highest List A score as he made 257 in just 148 balls.

If there was anything like a BBL’s face, then one reckons, Short’s innocent yet combative face would mirror its spirit.

He has set high standards for himself that one can expect him to change the course of a game on his own. Not only an attacking opener, but Short has also fascinated fans with his chinaman bowling too. He single-handedly took Hobart Hurricanes into the finals last year and the same is expected this year.

He was definitely low before the start of BBL as he got exuded from the national side in less than a year after making an arrival against the Kiwis. He didn’t let the demons from the past overrule him as he started BBL 2019 with a bang and currently the highest run scorer of the tournament.

As it is said, “ The pursuit of perfection often impedes improvement”. Short certainly has bolstered up his ability to play spin as he scored quite comfortably against the spin enigma Mujeeb and Rashid Khan.

Now the question arises if short is only a BBL star and an average player at the big stage.

And since the numbers don’t lie, it appears, the stats can’t hide his average international scores.

So even as Short has a blend of class and composure in his batting, he’d have to work his way up again should he wish to contribute to an Australian team that’s seemingly imploding.

But where fans stand, it’s disheartening for them to see such a highly talented batsman struggling where it matters the most. Isn’t it?

But imagine, what an in-form Short could do with Warner about to roar back into the side? For now, one will have to wait and watch what D’Arcy Short’s BBL form can do to revive his fledgling ODI career 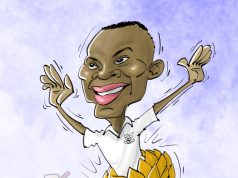 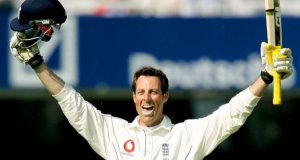 Marcus Trescothick: The Man Who Endured And Showed Cricket’s About Mental...

Guest Blogger - July 3, 2019
0
What comes to your mind when you first think of Marcus Trescothick? Is it that perfect cover drive to Jason Gillespie, sitting on his...