No champion team is complete without an all-rounder. Everyone knows the role the rounder plays. It’s like the glue that gets everyone together, the compass around which the side revolves, the greater the skill; the better it’s magnetism for the team.

Those extra overs, which sometimes completely change the game or the little cameos, down the order. We see a lot of all-rounders who bowl good, bat okay and vice versa, but there are only a few who are consistent with both bat and ball. If there is one player in the women’s game who deserves the title of the best all rounder it will undoubtedly go to Ellyse Perry.

A few hours back, you and I saw her dominate headlines, just when all it had seemed that all the attention of the cricketing world belonged to India, having overcome Perry’s own country, at a sport they’ve traditionally excelled at, and above all- in Ellyse Perry-land.

And what did she do?

In becoming the highest run-getter in the WBBL of all-time, in a single series, 617 runs thus far from 12 games- Ellyse Perry broke new ground in T20s and has raised the game for others to follow.

For someone who was naturally adept at Football, not just cricket, it has to be said, fortunate are the lovers of the gentleman’s sport that Perry stuck with India’s favorite sport, Australia’s passion, England’s invention, and one that looks up to her for pushing the boundaries in the women’s game.

Perry has been in the scene for more than 10 years and has shown skill with both bat and ball consistently. No other all-rounder in the game has an impact like she has on the game.

The impact Perry has made in all formats of the game has not gone unnoticed. She just won the ICC Women’s Cricketer of the Year (2017) and is a 2 time Belinda Clark award winner. These awards show only a little of what she’s achieved. The 213* in the Sydney test in the Ashes which included 27 fours was a delight to watch and the match-winning spell of 6-32 in the 2015 Ashes. Her exploits are not only limited to red ball cricket, but Perry also has an average of 50 with the bat in ODIs and a bowling average of 19 in T20Is with over 100 wickets.

If that is not envy-inspiring, then what is?

Perry is the youngest player to represent Australia in Cricket and Football. Later in her career, she decided to focus on cricket, which everyone would say was the right decision. She went on to win 4 World Cups with Australia and the way she’s going I bet she’ll add a lot more.

Apart from her priceless contributions with the bat and ball, the hard work and commitment she shows on the field is something, which shows in every game. Adapting to the situation of the game and changing her style of play is one of her best qualities. Not only she can go hard at the bowler if needed, but she can also play composed innings if wickets are falling at the other end. Capable of chasing down targets and building a strong total makes her genuine finisher in the white ball cricket. Perry has taken over 250 wickets in international cricket in all formats and has crossed the 100-wicket barrier in both ODIs and T20s. She can bowl at death or even open the bowling looking for wickets.

With numbers like these, she’s definitely shown her counterparts how to handle the role of an all-rounder. Her game is not the only the thing her fans love, she’s as good looking as her cricket stats. She’s no doubt the ideal all-rounder. 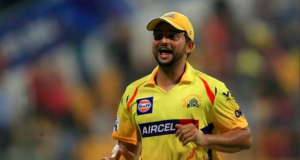