New Zealand have announced the squad for the upcoming three-match ODI series against India. Auckland Hearts’ batter Katie Perkins has been recalled to the squad. The three ODIs will be a part of the ICC Women’s Championship (2017-20), starting from January 24.

Perkins, who last played an ODI in late 2017 against Pakistan in Sharjah, has returned after more than a year. She has appeared in 63 ODIs so far where she amassed 965 runs.

Her promising form for Auckland in the ongoing domestic Women’s One Day League has helped her to find a place in the squad, where she scored 176 runs in the last 6 games at an average of 88.

Her inclusion will add extra strength to the batting order.

Haidee Tiffen, the head coach of White Ferns said that Perkins had earned her place in the national team.

“Katie brings with her a lot of experience. She is an outstanding fielder and will be a valuable asset to our middle order batting.”

Perkins too expressed that she was “stoked to be back” in the team and wearing the WHITE FERNS shirt.

“I’m extremely grateful for the opportunity and can’t thank enough those who have supported me over the past twelve months – in particular my two families, those that are blood-related and also the Auckland Hearts whanau.”

The other notable addition in the squad is Northern Spirit’s wicketkeeper-batter Bernadine Bezuidenhout. She has replaced Otago Spark’s experienced wicket-keeper batter Katey Martin, who will be unavailable due to her work commitments.

Having made her ODI debut in 2014 against Sri Lanka, Bernadine Bezuidenhout has played 8 matches till date. This series will provide a good opportunity to cement her place in the playing XI.

While talking about this, Tiffen expressed, “This is a fantastic opportunity for Bernie to showcase her skills with the gloves. While we will miss the experience of Katey, this is a good chance to build some depth behind the stumps.”

The White Ferns squad comprised of the likes of Amy Satterthwaite, Suzie Bates, Sophie Devine, Lea Tahuhu etc. Bates had been in a great form in 2018. Recently she was named the captain of the ICC Women’s ODI side. She made 151 in White Ferns’ 491 against Ireland – the highest total ever in ODI.

Along with Bates’ consistency with the bat, Sophie Devine, too is in sensational form with both bat and ball in the ongoing Women’s Big Bash League. Both of them have the ability to snatch the game away from the others. And the game has seen many an occasion in the recent times as well where the Kiwis’ fire-and-ice combination has wreaked havoc for opponents.

“India will be a big challenge but one we are walking towards and excited to take on. They are a quality side with power hitting throughout their batting order and some world-class spinners. We won’t be taking them lightly,” said Tiffen.

Here’s what should excite everyone who is concerned about Women’s cricket.

Having played 9 ICC Women’s Championship (2017-20) matches, New Zealand is in the second place with 12 points while India placed in 5th position with 8 points on the Point Table. It would be interesting to see who can turn the table.

If New Zealand will win the series, they will be placed at the top of the table, surpassing Australia whereas if India wins, they will be at the second position in the Point Table.

The series which starts in Napier on January 24, will be the double-header and men’s series will start on January 23 at the same venue.

“The chance to play double-headers alongside the BLACKCAPS is massive for us. The team are buzzing for it and want to put their best foot forward and play a brand of cricket all New Zealand can be proud of,” Tiffen added.

The squad will reach in Napier on January 21, prior to their first ODI against India on the 24th at McLean Park.

Squad for the 3-ODIs: 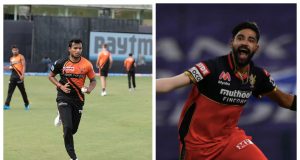 Two Indian Success Stories Of IPL 2020 With Sheer Talent And...

Arjun Bhalla - November 14, 2020
0
Long gone are the days where the Nawabs or Maharajas arose in Cricket, an engaging sport to the wider world but almost a semi-religion...