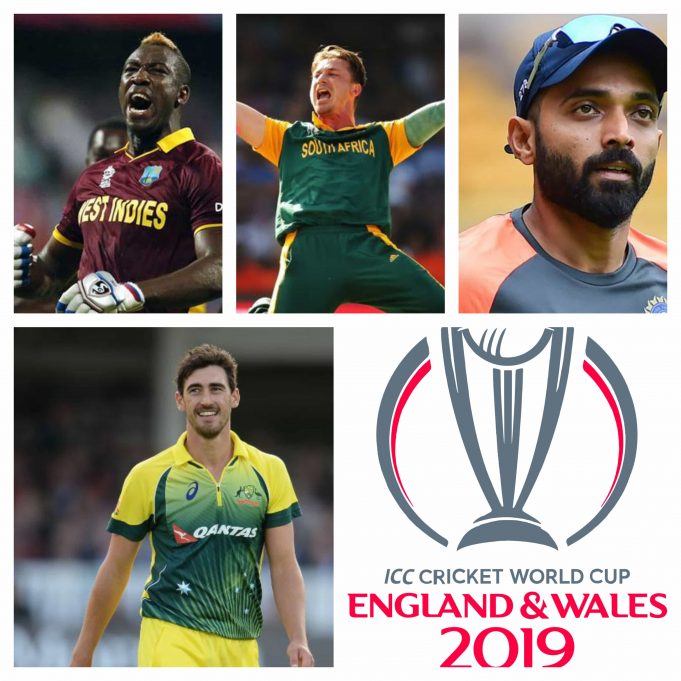 If you ever get an opportunity to interview an International player or a player who has been doing exceeding well in the domestic circuit for his state in his respective country, do not forget to ask this question — ‘Which is that one tournament you wish to represent your country?’

The most prestigious event in the history of this sport is something which every cricket player, fans, journalists, commentators, presenters looks forward to. World Cup lets an individual blend dedication and grit, eventually epitomizing a facet named “Perfection” in the most beautiful way possible.

Every participating team is working regressively with the full fortitude to get their hands on the trophy, not letting even one box unturned. Every team will look to go into the tournament with the best 15 players, who can perform together at the World stage.

The much-awaited event is only five months away — and closer than you think of. Cricket fans would, therefore, suppose that the selectors would have, by now, closed in on a squad they think could bring the coveted trophy to their country. I, for one, don’t believe so.

Almost every team is left with 10-15 odd matches, and it wouldn’t be wrong to say that there’s not much time left for experimentation. By now, every team is looking to meld the squad to make it look more strong and fighting, and go into every bi-lateral series as a virtual World Cup squad.

But is that the case, with all?

On the other hand, the players who are either a part of the squad or have been a part of it in past are still looking to put their best foot forward so that they can retain their spots, or make a comeback for the all-important tournament.

So, who are the players who can still make a comeback, even when there’s no time left?

Well, it’s no secret that the players who can still be a part of the setup will definitely be the ones who have been match-winners for their respective country. This means the fresh talent will not be seen before the World Cup.

That said, we bring to you the 5 Players who can make a comeback for their respective sides for the upcoming ICC World Cup 2019.

Considered to be one of India’s finest talents in recent years and even described as ‘the next big thing’, Ajinkya Rahane disappointed in the recent past in limited overs. He was all at sea against the seaming ball. Yet, he will push Dhawan for a place in the side as the second opener.

With KL Rahul out of form, it wouldn’t be a surprise that Ajinkya Rahane makes his way ahead of Rahul for the premier tournament.

He will look to do all right in the domestic circuit to make the dream turn into reality.

Though Proteas look pretty sorted in the bowling department, it wouldn’t be a surprise if they add Dale Steyn’s experience into the squad. Since his comeback into the International arena, Dale hasn’t disappointed the selectors even on one occasion and has been able to deliver with both, red and white ball.

His skiddy pace and art to extract bounce even on docile tracks can make his case even stronger. The climatic conditions should also make the speedster almost certain to represent his country on the World stage for one final time. He is just 8 away from 200 ODI wickets and would look to achieve this feat before the start of the ICC World Cup 2019.

Sri Lanka’s lower order showed character in chasing down totals against New Zealand, under intense pressure. But sadly, the games also exposed the side’s soft underbelly — its middle-order. In these circumstances, Angelo Mathews can be selectors favorite to let the middle-order conundrum come to rest.

The former one-day skipper was ousted from Sri Lanka’s squad after a meek performance in Asia Cup last year. The selectors believed that the skipper isn’t fit to play the format, however, Mathews has come strong and performed well in the Test series to prove his fitness. It will be interesting to see if his red cherry’s stint helps him to taste the white.

The 1.96 m tall speedster has been a pure match-winner for Australia in past, and is known to move the ball away from the left-hander, and get the red cherry into the right-hander. However, the 28-year-old bowler hasn’t been in the best of form for his national side and eventually not been able to find a place in the limited-overs team against India.

With World Cup around the corner, Starc will look to get rid of his past niggles. His wicket-taking ability makes him look different from the crowd and will certainly look to start fresh in the coming Test series against Sri Lanka.

Andre Russell, who debuted for Windies in 2011, served Windies as a hard-hitting batsman and middle-over specialist for quite some time. However, he hasn’t been able to be a regular face in the national squad because of the reasons is known to the populous.

Russell, an all-rounder, has played 52 ODIs and has struck 998 runs, having 65 in the wickets tally. He too has shown some touch in the T20 league around the globe, though he needs to produce more performances to earn a comeback call. He last featured against Bangladesh in July, post that, has struggled to keep his spot alive. His all-around ability makes him a pure contender for a World Cup squad.

But one will have to wait and see if this happens. 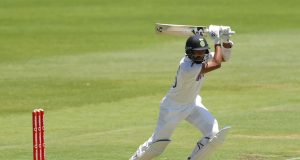 Pujara: Why India’s #3 Still Stands Tall Amid Endless Queries On...