A comprehensive 10-wicket loss for a team can be digested, but with a grain of salt. A heartbreaking 1 run loss can be dealt with, perhaps with a few pints down in the choicest pub.

But nothing hurts just as much and severely as being asked to follow-on.

And there’s some sense to this as well. The follow-on is an event in the multi-day cricket which highlights outright domination of a team over the other. When the team batting second falls short of the first innings total by a significant margin (200 runs in five-day matches), it can be asked to bat again and fulfill the deficit first to avoid the innings defeat.

Of course, winning the match after conceding follow-on can only be dreamed.

Since the first Test match in 1877, only three teams have realized the dream. Till date, the teams have been asked to follow-on on 323 occasions, from which only three (England twice and India once) have ended up winning the game.

Incredibly, Australia remain as the losing team on all three matches.

The 1981 Botham’s Test at Headingley and the 2001 Eden Gardens miracle are well known amongst cricketing fraternity.

The first team to win after conceding follow-on was England in 1894 at Sydney.

However, the Indian team had a golden chance to become only the second side to achieve this feat. This opportunity presented itself in the third Test against visiting New Zealand at the Brabourne Stadium, Mumbai on March 1965.

The stirring events unfolding on the fourth and last day of the Test gave rise to the historical possibility.

New Zealand had earlier drawn the three-match Test series against Pakistan at home and now embarked on the gruesome travel route that started with India and finished in England via Pakistan. The Blackcaps were still a minnow. The side had tasted victory in only 3 of the 67 Tests they had played thus far and were still searching for their first Test win against India.

The home team was not in a great touch either. India were beaten black in the Caribbean (0-5) and achieved draws against England (0-0) and Australia (1-1) at home. Under the leadership of Mansoor Ali Khan Pataudi, India boasted names like Bhagwat Chandrasekhar, Venkataraghavan, Chandu Borde, Ramakant Desai, and Vijay Manjrekar playing in this series.

First two matches of the four-match series were drawn affairs. New Zealand fielded four debutants in these two Tests out of which Bruce Taylor impressed the most. At Eden Gardens, the all-rounder scored 105 on his debut innings while batting at number eight and then snared 5 for 86 to become the first Test cricketer to achieve the double feat on the debut. With the series tied 0-0, teams headed to Brabourne Stadium to play the third Test.

The Kiwis opted to bat first at the scenic Bombay Stadium. Opener Graham Dowling scored a fighting 129. Ross Morgan’s 71 and Dowling’s century carried New Zealand to the first innings total of 297. Home town hero Ramakant Desai had taken six of the first eight wickets. India came out to bat shortly after the lunch on day two and was devoured by the hungry New Zealand bowlers.

The Indian first innings folded up for just 88 runs from 33.3 overs, their lowest total at home. Bruce Taylor was the chief destroyer with 5 for 26. Only Chandu Borde and Farokh Engineer crossed double-figures on the bouncing Brabourne track. The Wisden ascribed New Zealand’s bowling success to the “hard brick pitch allowing Taylor and Motz to bounce the ball disconcertingly.

India followed on and lost Farokh Engineer early as the second day came to an end.”

The opener Dilip Sardesai then assumed the mantle of run-scoring and stitched valuable partnerships of 89 (3rd-wicket) and 104 (4th wicket) with ML Jaisimha and Chandu Borde. Borde himself scored a scintillating 109. Bruce Taylor picked up three wickets in this innings but had dropped Sardesai in slips when he was batting on 20. Sardesai brought up his 200* next day and the Nawab of Pataudi Jr. promptly declared with India 254 runs in front.

The delayed declaration in the cause of Sardesai’s double century allowed New Zealand only two and a half hours (around 40 overs) to bat out a draw. The Brabourne pitch suddenly turned patriotic and assisted the Indian bowlers. Jaisimha and Durani drew the first blood and reduced New Zealand to 0/2. The Blackcaps subsequently lost their two best batsmen, John Reid, and Burt Sutcliffe, to Chandrasekhar in quick succession.

With New Zealand reeling at 46 for 7, India could smell a historical triumph. However, the hero of the series, Bruce Taylor, once against sprang into action. Taking number nine Bryan Yuile for the company, Taylor fended off the Indian bowling and kept the home team sniffing. By the time Venkataraghavan broke through Taylor’s defenses, it was too late. New Zealand survived at 80/8 when the time was called.

The Indian Captain, Nawab of Pataudi Jr, was severely criticised for the milestone-centric passive declaration. The Tiger replied in style with the knock of 113 in the fourth Test at Delhi. Off-spinner Venkataraghavan finished with a match tally of 12 for 152 and earned a seven-wicket win for India.

In 1968, MAK Pataudi led the Indian team to their first ever overseas Test win and a series win against New Zealand in New Zealand.

In the same series, New Zealand surged to their first Test win over India as Graham Dowling’s 239 led them to a six-wicket victory at Christchurch. India was asked to follow-on in this match as well.

England became the second team to win a Test after following on in 1981. Replying to Australia’s 401, the home team was shut out for 174. They were 105 for 5 when Botham strode out to bat. He then scored a whirlwind 149. Later Bob Willis’ 8 for 43 helped England secure one of the greatest Ashes wins ever. 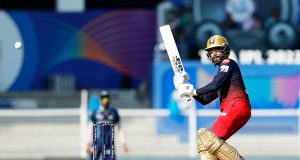 Debashis Sarangi - May 30, 2022
0
The quote on the IPL trophy reads, ‘Yatra Pratibha Avsara Prapnotihi’, which means ‘where...