July 10, 2017, was a watershed day in the history of Zimbabwe cricket. It was the day when the team won their first away series in eight years. It was also their first-ever series win against Sri Lanka.

At the center of the action was all-rounder Sikandar Raza.

It was a tossed up delivery from Wanidu Hasaranga, which was tonked by Raza over the ropes to seal the five-match ODI series 3-2. Raza sported an average of 68.50 and a strike rate of 107.87 in the series.

It was particularly striking to see a Pakistan-born player hitting the winning runs against Sri Lanka to gift Zimbabwe a historic series win as a South Africa-born coach Makhaya Ntini looked the happiest that he has ever looked.

This was one of those priceless moments when a sport depicted unity in its fundamental form.

Sikandar Raza was born in Pakistan’s Sialkot to Punjabi speaking Muslim parents of Kashmiri roots. In 2001, he along with his family relocated to Zimbabwe. After the country’s domestic structure went through an overhaul in 2009, Raza played in List A matches with success.

After a series of top performances, he caught the eye of the Zimbabwe selectors who included him in Zimbabwe’s 2011 Cricket World Cup pool but he could not break through in the final squad.

The all-rounder scored 60 runs on his debut against Pakistan at Harare Sports Club and showed sparks of brilliance thereafter. He backed it up with an 82-run knock against India in his 4th ODI. However, the aforementioned tour of Sri Lanka was the real coming of age series for Raza.

He won the Man of the Match in the series decider and was brimming with joy when called upon to have a chat at the post-match presentation ceremony. “I think we had a fantastic series. Winning with these boys is a sweeter moment. I asked the skipper to bowl me the first over, we have a lot of trust with each other, it came off today. As long as we won the match, I didn’t bother about who was going to hit the winning runs,” he said.

A trough followed the crests, as he was not offered a central contract by the Zimbabwe board in 2018. “When considering whom to offer a contract, the Contracts Committee does not only look at an individual player’s statistics, fitness and performances but also one’s attitude, discipline, and commitment not only to ZC but more importantly to Zimbabwe.

“Unfortunately, Raza did not tick all the boxes and so the Contracts Committee decided he was not deserving of a contract this time around. The available contracts were awarded to other players who have consistently shown their professionalism and desire to represent their country,” the official statement read.

But things have turned for good once again as Raza has now become one of those freelance T20 utility players who ply their trade in leagues across the world. “It would be nice to be part of T20 tournaments all around the world, but we’ll see what happens. If it’s meant to be, then it will be,” Raza had said once.

His wish materialized as the all-rounder has since represented Paktia Panthers in the Afghanistan Premier League, Tshwane Spartans in the Mzansi Super League and Chittagong Vikings in the Bangladesh Premier League most recently.

It is no secret that Zimbabwe cricket is not going through the best of times. First, they were thrashed in the tri-series that they hosted with Australia and Pakistan being the other two competitors. They were then steamrolled by Pakistan 5-0. Their tour of South Africa did not pan out well either.

Their recent Test tour of Bangladesh raised some hopes after they won the first Test. The victory was their first Test win away from home since 2001. However, a golden opportunity slipped their hands as they lost the second Test to level the series 1-1.

Conditions are so bad for Zimbabwe that their international status is also under threat. In times of such crisis, they need their senior players such as Brendan Taylor, Hamilton Masakadza and Sikandar Raza to step up to the plate.

Being 32 years of age, he has five good years of cricket in him. With the required support and increased exposure, Raza still has the opportunity to leave his legacy behind. 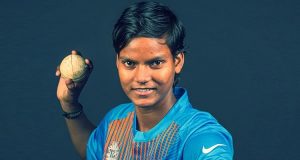 Deepti Sharma: The One Who Can Solve India’s Middle Order Puzzle

Chandhana Gogineni - June 12, 2019
0
The harbinger of India’s all-round potential and a future leader in the making, Deepti Sharma has it all! The onus was on the current national...