Ever since readmission twenty five years ago, South Africa has undoubtedly been the world’s second best international cricket team; in both Tests and one-day internationals, their record has only been bettered by Australia. An unyielding South Africa team, in defiance of injuries, scandal, political interference and accusations of a paucity of flair, has been one of world cricket’s few constants.

Seldom have South Africa been as meek as in their ignominious collapse in last six-eight months. Worse, their armour AB de Villiers hung his boots when the team was probably in the rebuilding phase. But a game, which is played with eleven players on each side, be dependent on one man? And teams like one South Africa which has been so successful over the years, should this even be the case?

With World Cup being three months away from now, why South Africa has started to experience a similar rebuilding phase even while the likes of Faf du Plessis, Quinton de Kock, Dale Steyn, Klaasen, Hashim Amla, Rabada are present? Well, sadly, they are experiencing and even the greatest of South African team fan wouldn’t deny this fact.

Honestly, International defeats are one thing and fate is another. Largely, South Africa is experiencing the latter and that befell a supreme side like South Africa more worrying – evidence – a series loss against minnows Sri Lanka on their own soil. The script written for this written for this team approaches a weaker side coming close to the World Cup, eventually terming them as chokers.

Partly this story of forces is beyond one’s control, but partly it is under control and that’s what South Africa needs to work on.

The problem is not the quality of players being produced by South Africa. It is that too many leave during, or even before, their prime years. Names like Kyle Abbot, Duanne Olivier and others calling it a day on their international careers much earlier than one may have wanted in lieu of joining England County eyeing monetary reasons makes the situation messier.

In these circumstances, seeing the top-level players leaving and the ones who are still their not performing at their apex best, someone needs to stand up and play a defining role. But who will play the anchor’s role for Proteas?

Well, here, just here cricket is a bit different from other sports. Here, the skipper needs to play the anchor’s role and not the team management and other support staff. Faf needs to stand up to the situation and deliver as per the demand of the situation.

South Africa’s ability to continue producing huge amounts of talented cricketers is beyond doubt. Altogether less clear is whether there will be more frequently spotted on the domestic T20 circuit, or even representing other countries, rather than playing for South Africa’s own national team.

What else can be done?

The likes of Quinton de Kock, Klaasen, Amla, and others on whom the national team has invested need to step up to the hour responsibility. Klaasen, who made it International debut last year hasn’t considerably done justice to his position in the team. De Kock, on the other hand, has lately been facing the problem of ‘expectations’ and hasn’t been able to perform under pressure. Amla, who has been the pillar of strength for South Africa is going through a rough patch.

A span of 90 days will bring five one-day Internationals, three T20 Internationals, and for few, Indian Premier League stint, the hope will be to get better of what they are today and start fresh in the forthcoming World Cup.

There is another ‘opportunity’ to do what they were not able to do in 2015 World Cup – get their hands on the coveted trophy.

But will that happen? – In South Africa’s case, only ‘they’ can answer. 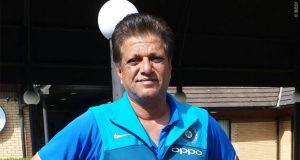