We are probably less than a couple of months away before the World Cup hysteria enters its final phase and culminate all the way till the commencement of the mega event on May 30.

If for a moment, we choose to look at the things from a post-World Cup point of view, it does make for exciting viewing. The new-age Team India is preparing and readying itself silently to mark their arrival with a bang. While we have had a fair look at some of them in the recent overseas tours, some are yet to explode and make themselves known. But the ones on the fringes would fill you with awe. We bet on that.

Let us take a glimpse into the near future.

One of the brightest prospects in World cricket belongs to India, and we are proud of that. In case you are living under a rock and have missed the guess by a margin, we are referring to Rishabh Pant. He is a Test team regular, has bagged the A grade BCCI contract, has sneaked into the ODI team, and the selectors have made it clear of him being in their World Cup plans. This affirms the fact of him being a surety in the squad once the World Cup is over.

Shreyas Iyer would have not expected things the way they have unfolded in front of him over the last year or so. A regular India A nominee and that too as a skipper, Iyer is bound to have his hands full with national assignments very soon. He has found himself out of the reckoning since over a year, but he is a champion in the domestic setup.

How can we not mention Shubman Gill, the poster boy of Indian cricket at the moment?

He is India ready, they say. Or should we refer to him as the future No. 4 already? He’s destined for bigger things, that’s the word going around in the circuit. They say he’s freaking good. End of discussion.

Let’s just admit some kids are special, Prithvi Shaw is one such kid. Now at just 19-years of age, he stands the biggest surety of making it to the Indian lineup much sooner than later. He’s broken through the Test door, the one that is usually the toughest to crack. It’s very well-deserved and shouldn’t be dismissed off as someone who has been hyped or glamorized more than required.

If one idolizes Zaheer Khan, he must be doing something right. Khaleel Ahmed has impressed in patches so far. Mentored by his idol himself, Khaleel has given us an exciting trailer of the big picture or the finished product that is yet to be delivered.

And we haven’t even got started with the likes of Ishan Kishan yet. There is some real talent up for the grabs out there. The IPL and other national tournaments will continue to throw up talent with ease and at a rapid pace. How skipper and superstar Virat Kohli marshals his young troops will be a treat to watch.

How Team India would look on paper post the World Cup is a prospect as exciting as any. It’s just a matter of time for them to come together and play as a single unit in the following years.

Well, there were few others who might shoot to instant fame and the whereabouts of whom might not be known yet. For all we know is, Team India 2.0 is going to have the exuberance of youth as its guiding light and the never-say-die attitude as its success mantra for the years to come.

The IPL and India A reservoir is brimming with talent that is unheard of, the talent that is surfacing at pace where even the selectors blessed with far-sightedness would find it hard to identify.

Make no mistake, this version of India is not going to give an inch.

Mission 2019 is about to begin, but for the next generation, Mission 2023 has already begun.

In the bylanes, remote areas, and in practice nets across the country and most importantly, in the minds- a fire as risen.

Come what may, Team India 2.0 promises not only to be a close-knit unit but also a totally undeniably revamped outfit. 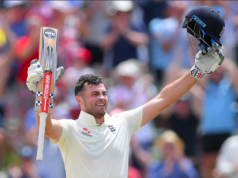 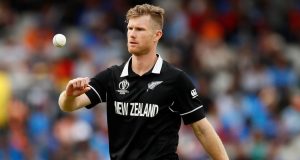