This is a date Indian fans wouldn’t like to forget. It was the Nidahas Trophy final and a name called Vijay Shankar started doing the rounds by the end of the match. It could easily be termed as one of the most forgetful Indian T20 innings. The fact that he was batting for the first time for India did not help his cause either. Shankar was struggling to put bat to ball. Mustafizur Rahman outfoxed him for almost an entire over in the dying stages of the innings. His 17 off 19 deliveries was the longest T20 inning a desperate Indian fan would have seen.

The desperation of a win and to get over the line.

India needed five off two. Shankar departed to a slog and India needed five off the last ball. Dinesh Karthik turned it around in the most dramatic fashion with a flat six. Bangladesh couldn’t believe what they had just gone through. Amidst all the celebrations, the most relieved person on the planet would have been Shankar.

Fast forward to the present day.

It’s been a year now. Vijay Shankar is a name taken with the utmost respect. After all the recent showings with the bat and ball, he has emerged out of his own shadows. Primarily, he was purely a back-up option.

The Second ODI in the recently concluded series versus Australia at Nagpur was to change a lot of things for good. He had bowled just one over till he was brought in for the final one having conceded 13 in the first over itself. With the match was on the line, he snared two wickets including that of the well-set Marcus Stoinis in the first three deliveries and set up a memorable win for India. By any standards, he had done more than what a mere back-up player would have.

A brief period in the midst of action had him receive his fair share of limelight and made the next hot topic of discussion. Shankar is here to stay, he made it evident in the most subtle way possible.

As they say, numbers do not represent the true quality of a player.

The case of Vijay Shankar absolutely supports that.

Of the 9 ODIs that he has played so far, he has got to bat in only five of them. He has shown the composure and calmness of a pure batsman and with the passage of time and management backing him, it is only going to get better. He has developed his game sense quickly and looks at ease rotating the strike, an art that holds utmost importance in the 50-over format.

This was the first full ODI series he has played in India colors. With the World Cup looming large and a spot of an all-rounder always under a scanner, there would have been no better chance to impress the selectors. And he might have just earned it.

After all, being a selection headache with potential like his is not a bad thing either.

The emergence of Vijay Shankar couldn’t have come at a better time. For all we know, teams are obsessed with all-rounders and when they get someone who can promise even a bit, they nurture them. Team India just needs to look after him. After all the years that have gone by in search of a specialist, they might have finally got their man.

You never know those two wickets might have just booked his berth on to the flight to England.

Would you believe that? 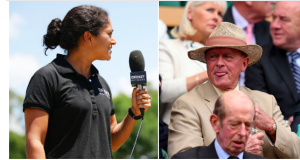 Balaji - June 12, 2020
2
Cricket is a game that may not be played across boundaries and not as popular as football or Tennis. Yet, there are certain countries...