As soon as the much awaited India’s World Cup squad got announced by the chief selector MSK Prasad, the one name that brought a huge surprise for not being there was of attacking young gun from Delhi – Rishabh Pant, with Dinesh Karthik being the preferred choice as the back up wicket keeper for MS Dhoni in the mega event.

That said, Rishabh Pant’s non-selection in the 15 member squad for the upcoming World Cup has given a feeling to many sane voices and avid watchers of Indian cricket that with this decision, the selectors and the team management has taken one step forward and two steps behind.

Well, that argument might have some weight if you consider it as from being an X factor choice in the team, then certainly Pant had it in him to provide that aggression in the middle order but if you put all things aside and talk from a pragmatic point of view, then one won’t find much fault in not picking him.

The Chennai born, Dinesh Karthik may not have set the stage on fire but has made it to the squad on the back of some consistent performances ever since making a come back to the side for the Nidahas trophy. He was the match winner for India in the final of that tournament. Also, he has now been around for many years in Indian cricket and has a huge amount of experience to boot.

Karthik, the oldest Indian player in terms of the international debut (3 months before MS Dhoni in September 2004) was also part of the Indian squad during its disastrous 2007 World Cup campaign. He, however, missed the bus in the 2011 and 2015 editions.

On the other hand, Rishabh Pant has not justified his talent in the limited opportunities he has got to represent India in the 50 overs format. An average of 24 runs per innings in the 5 matches he has played for team India + World Cup being a high-pressure tournament where experience counts for a lot meant Dinesh Karthik was a more matured choice for a backup wicket keeper batsmen.

Though it has to be said, a strike rate of a little less then 75 per innings, Karthik needs to strike it big if he gets selected in the playing eleven.

With regards to Rishabh Pant, he is only young and already billed as the next big thing in Indian Cricket, there will be a plethora of opportunities for the Delhi lad in the coming years to make everyone take notice of his enormous talent.

For time being, let us all put faith on the 15 selected for the World Cup and wish them all the luck to bring back the trophy. 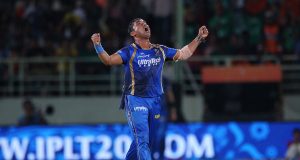