Only a month remains for Cricket’s mega event to begin. The Bangladesh squad for 2019 World Cup has already been announced. And, as always, the ‘Tigers’ are aiming to repeat India’s feat in 1983 and Sri Lanka’s stunning win in 1996. However, a big question that looms amid the cricket circles of the country is whether the young generation will be able to ably support the experienced campaigners?

Famous as the ‘Fab Four’ of Bangladesh Mashrafe Mortaza, Mushfiqur Rahim, Shakib-al- Hasan have been playing together from last 12 years add Mahmudullah Riyadh to it and Bangladesh have five very experienced cricketers in top eleven.

That said, Bangladesh squad for 2019 World Cup seems to contain one of the most tried and tested cricketers in their line up.

However, a question is being raised on the ability of the young generation. While players like Liton Das, Mohammad Mithun, Sabbir Rahman, Mosaddek Hossain, and Soumya Sarkar are no doubt very talented and on a number of occasions have shown what they are capable of a major reason why they have been picked in Bangladesh’s world cup squad.

However, those who follow Bangladesh cricket closely also know the facts that these youngsters have failed to deliver consistently.

Let us delve deep and figure as to who are the avid youngsters in the Bangladesh squad for 2019 World Cup; a lot around which the Fab-Four can pace their game, and hopefully, vice-versa?

A very talented wicketkeeper-batsman, Liton Das has a very impressive domestic record both in first class and list A career, however in his four-year-old international career, he has failed to deliver the performance on a consistent basis. His last few innings are an answer to why he had failed to convert his domestic success into the international arena.

Das, however, can be very dangerous and a glimpse of which was seen in Asia Cup final few months ago when he made a quality hundred against a top class Indian attack. He, however, will be needed to show a lot of patience in his shot selection in England.

A talented young middle-order batsman, Sabbir Rehman’s problem has not only been performing inconsistently but the challenge has somewhat become double with issues regarding to his anger management which has flared up on a number of occasions. After having a spat online with a fan and then showing up his anger on the field, he was shown the door by the selectors for being undisciplined and inconsistent. His selection for New Zealand tour also created quite an uproar however once settled he showed in Dunedin what he is capable of. At the University Oval, he scored his first century in 109 international games for Bangladesh.

A century which could sum up his career. Talented, inconsistent and failure to control temper even while he celebrated his century his bat does the talking gesture was somewhat reflective of his temper problem.

One of the most eye soothing batsman, full of promises, Soumya Sarkar have entered into the fifth year of international cricket and yet have played only 41 games in those 4 years, a period when the national side have played 69 matches. The major reason why such a talented player having the best record among young Bangladeshi cricketer have been dropped is his flagging temperament. His penchant of scoring big comes with a poor habit of getting out in 20-30s on a number of occasions.

He has been out for 15 times between scores of 20-40 in his career. This is a problem he also understands and knows he needs to address. His ability to score big numbers at the top will help the Asian side to surprise many. So can he step up and contribute to the Bangladesh squad for 2019 World Cup?

Aged 21 and hailed as the potential leader of the national team by many an expert, Mehidy Hasan has an excellent temperament and above all is a proven performer however the problem is that while he has been excellent in Test Cricket but possess only decent record in fifty-over cricket.

Having a bowling average of 35.07 after 25 games clearly shows that he is not a wicket taker but Bangladesh have used him as a run container, where he is excellent, possessing only 4.40 economy in modern-day game is beyond par but as team have found out in middle overs that it does not takes much time for team to accelerate and cover up the runs hence Bangladesh would love Mehidy to add wicket taking expertise to his growing repertoire.

The Bangladesh squad for the 2019 World Cup has definitely made experts feel that the selected constitute the best team that the Asian nation has sent to any World Cup. 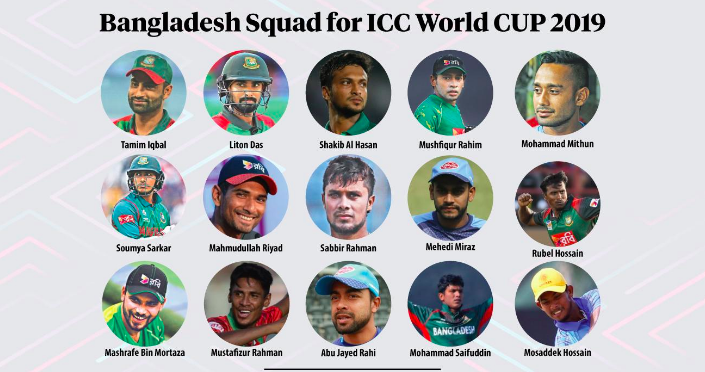 However, to spring up a surprise akin to Kapil Dev’s men in the past or Arjuna’s world-cup winning Gladiators of ’96 it’s very important that these youngsters must rise above their limitations to ensure glory for Bangladesh this British summer. 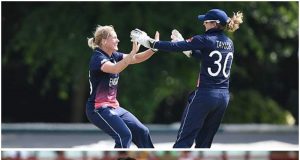