The 12th edition of the Indian Premier League is gradually heading towards its business end and if there is one player who is being talked about the most, even more than the Virat Kohli’ the AB de Villiers, it is the Jamaican all-rounder Andre Russell.

Scoring 486 runs from only 10 matches at a mind-boggling strike rate of 186, Andre Russell has won as many as five matches single-handedly for his team.

With IPL career figures of 1202 runs from 58 matches at an average of 32.48 and a strike rate of 185.49, Russell has earned the tag of being the most valuable player across all franchises. He has also made handy contributions with the ball and has proved to be the linchpin of the Kolkata Knight Riders.

Since Russell’s debut, nobody who has faced 1000+ balls comes close to his boundary percentage of 24.27 percent.

While he deserves all the praise that has been receiving from various quarters, there is also some truth to the argument that the opposition bowlers have not bowled to the best of their potential against the all-rounder in the IPL and, as a result, have gone the distance. When it is clearly visible to the viewer sitting at home that Russell is repeatedly planting his foot back and across to get a solid base and then launching at everything which comes in his arc, it is almost beyond comprehension as to why bowlers are ending up bowling right in his slot.

Accepted, that merely pointing out something and executing it are two completely different things, and the former is way easier than the latter. But IPL bowlers pride themselves on being professionals for some reason.

All franchises have a large entourage of managers and coaches for different faculties and it is hard to believe that none of them have come up with a plan to exploit this loophole.

By planting his foot back and across, Russell considerably reduces his options when the ball isn’t in his arc. So, the bowlers can turn the tide in their favor by bowling wide yorkers and packing the off-side field. Stats second that his strike rate on balls pitched wide reduces to 145.95 as compared to his average T20 strike rate of 169.01.

Russell’s numbers against spin are drastically different to that against pace, especially leg spin. His strike rate also takes a hit when facing quality tweakers.

“He has some problems facing a turning ball. If the ball is turning, then he has a weakness. He does not take chances against spinners. He’s a terror for pacers,” reveals teammate Kuldeep Yadav.

Andre Russell mints run at 10.86 rpo against pace and at 8.60 rpo against spin. Does that tell us something about the lacking in his craft?

“You can’t see inside and say Russell is nervous. I am looking confident. I am looking in the bowler’s eyes and letting them know I am at the crease,” says the man himself.

The words are most likely true and give an insight into Russell’s mind.

Here, we find another key – play on his ego. Cricketers who are extremely effective at a particular thing can also end up paying for the same. Remember, how the Australians got Shikhar Dhawan caught at cover and point multiple times in the recently concluded ODI series. Or a few years ago, how the Aussies packed the leg side field for Rahul Dravid and kept bowling at his pads to dry the runs.

Similarly, bowl Andre Russell a full wide ball which can be taken for a four, but Russell is still likely to make an attempt to muscle it for six and get caught in the deep.

To sum up, Andre Russell is undoubtedly an extraordinary talent and will continue to perform well across leagues for at least a few years. But, he is not without chinks. If you bowl wide yorker length to him as a pacer or try to mix it up with your variations and give the ball some air as a spinner, the all-rounder is certainly not invincible, as the likes of Kagiso Rabada and Imran Tahir have shown.

Note: rpo is the acronym for ‘runs per over.’ 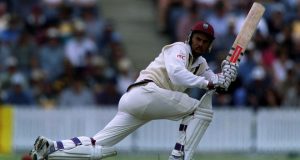 Dev Tyagi - January 10, 2020
2
Among the great discontents of Cricket is that it often reserves very little for those who lack charisma or a sense of style. While scoreboards...