Consider the following to be true for a sec.

You are a bachelor and stay alone, stationed at some campus facility.

You wake up one morning and find yourself hungry.

Eating something would be the only thing that could save you. You rush to the kitchen, only to find that you’ve run out of eggs, bread, and even that last drop of milk.

Hurriedly, you rush to the nearby supermarket store. You are panting, wondering whether you’d make it in time for the morning biology lecture.

You pick up whatever it is you happen to spot and at the counter, whilst juggling with the 5 dollars and 10 dollar notes, the cashier asks you the following:

“Sir, do you think James Faulkner is gay!”

What would your reaction be?

You’re in the middle of packing your bags for a vacation that starts tomorrow morning. Your mum enters the room instructing you to go and pick up a relative from the station instead.

You’re agitated because this was a trip you had long awaited.

Instead, the clear instruction that you’re to go pick a pesky relative and that too at 6.30 a.m. hurts.

You wonder- could there’ve been another ungodly hour?

And the first thing you’re asked upon the arrival of a train, an hour late as you’re being beaten by the sun is this:

“Son, do you think James Faulkner is gay!?”

What would your thoughts at this time be?

If you happen to be any of the following:

3. Borderline-between upset and agitated and irritated,

Relax. For you are a perfectly normal human being.

All’s fine with you. The sun rises from the east for you. The Ashes for you means a great cricketing contest.

But if you are caught scratching your head pondering with a puzzled look, wanting to discuss this on a mass WhatsApp chat, then any of the following is strongly advised:

1. Get yourself a brain massage

2. Plan to retire early and settle down away from humanity, akin to the ‘early man!’

Just what on earth is wrong with us?

Has he called you to inform about the multi-million dollars you’re going to get having discussed his sexual orientation?

If he hasn’t, then are you planning to sue Cricket Australia and James Faulkner’s PR?

It appears that Jimmy Faulkner didn’t commit a human rights violation when on April 29, 2019, he went to grab some dinner along with his best friend and mother and happened to share a warm picture on social media.

But little did he know that the carnage that would follow, given his post read- birthday dinner with boyfriend (best mate) would be met with a seemingly endless tirade raised against his sexual orientation.

It must be noted that in eating, what appears from the picture, to be a pretty harmless meal, James Faulkner didn’t do any among the following:

a) Raise a voice of dissent against the exiled from Tibet

b) Poke fun at the venerable Elton John or the late King of Pop, Michael Jackson

And nor did he do anything to distract President Donald Trump from wearing that red tie.

But a question stands out.

Would he have ever imagined that a simple picture featuring him, along with his pretty mum and best-mate would generate a flood of public opinion that it did?

We are in times where it must be reminded, things happen later and a controversy erupts on social media first.

So expectedly, there had to be this tonnage of reaction to James Faulkner, who by the way, had gone to the restaurant in Australia to catch a meal for his bday.

It’s not that in knowing James Faulkner was born a day after West Indian Shannon Gabriel (a man who apparently mistook Joe Root to be gay, hence that wretched sledge) was, would save you from paying taxes.

But what one wonders is whether in jumping to one’s own conclusions surrounding Jimmy boy’s post the cricket-following; well-read, well-traveled, discerning audience took things a bit too far?

How on earth does it matter anyway if James Faulkner was indeed gay? And if he isn’t, would secretly stalking his chick online fetch you any more brains that you already have?

We are, it mustn’t be forgotten, the candle-light vigil generation; we express solidarity, form point of views, happen to be highly-opinionated individuals who have a love for both- mankind and dogs, human rights and civil liberties.

Then why was our focus narrowed down on examining an Australian cricketer’s sexuality when there’s clearly a ton of other things that could’ve been put up for a discussion, a healthy one at that.

Shouldn’t our question much rather be about whether James Faulkner can make a comeback into the national side or if playing T20 leagues around the world can still keep him afloat?

You don’t need to be a man of upright moral principles such as the savior of sorts; Denzel Washington from 1993’s Philadelphia- a courtroom drama featured on an AIDS patient who happens to be a gay and his rights– to understand that its a person’s own decision whether he or she wants to be gay or not.

On another note, the Australian women’s team comprises of names that are matchwinners; personalities that are upholding the competitive spirit of a game that unites us.

Megan Schutt is one of them. So was Alex Blackwell. Both of them talented, charismatic, successful gay Australians.

What lunatic questions do you have for them? 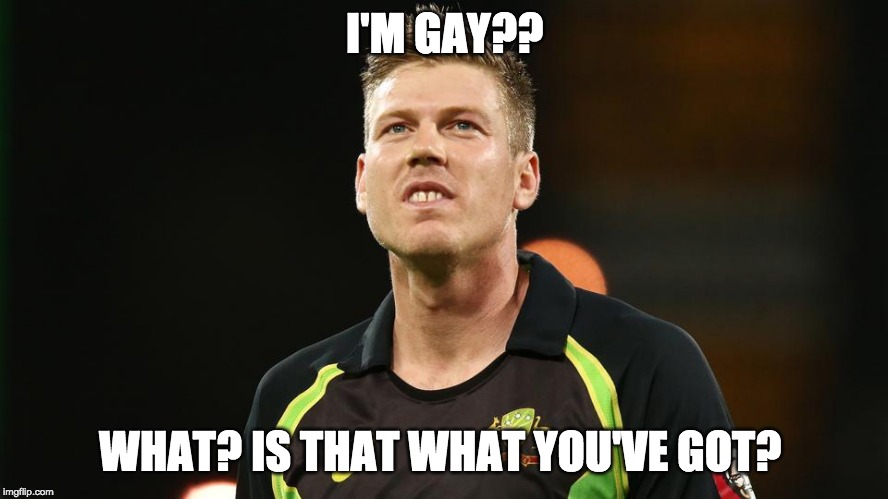 Truth be told, it doesn’t increase the price of fish whether or not someone, least of all, a cricketer, is gay.

The same way you don’t like your personal space to be hindered- consider waking up to a three-faced, four-legged martian from the outer space in your bedroom- none would ever want judgments been made on their way of life.

For now, your next social-media mission is to leave James Faulkner alone. And hey, get yourself a beer.

Growing up is known to be a healthy way of being. 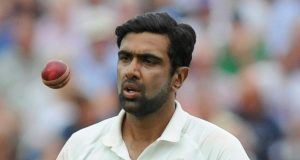