The Indian Premier League a.k.a. IPL is one of those leagues that entertains everyone since it was first played i.e., in 2008. The league not only changed the scenario in Twenty20 cricket in India but also gave us many players.

Along with giving the financial support, the league has given the chance to domestic players to rub the soldiers with the overseas player. The players who don’t get to play at the International level they also get the chance to play with outstanding global athletes in the IPL.

Ever trying to fill the gap between domestic games and international ones, the IPL has given us the likes of Hardik Pandya, Krunal Pandya, Jaspreet Bumrah, Ravindra Jadeja, Yuzvendra Chahal and many more. This is today, a respected band of talents that have become household names.

But that said, somewhere it must have occurred to organizers that what would become of the Women’s game? At some point, there must have been a question on the lines of whether such a thing such as the Women’s IPL, now better known as the Women’s T20 challenge be a boon for rising cricketers in a part of the sport often neglected?

Upon some deliberation, we now have the Women’s T20 challenge.

But well, as they say, better late than never. And what makes the Women’s T20 challenge is the presence of ever-shining names, starting from India; the irrepressible Smriti Mandhana,  Harmanpreet Kaur, responsible for arguably the most dogged hundred in modern women’s game (the daunting 171* against Australia), Ekta Bisht, the face behind the five-fer against Pakistan, Rajeshwari Gayakwad, the often unsung hero of India, and Jhulan, to quote some big names.

But what’s implicit in the inception of Women’s T20 challenge is the situation that led to its formation.

The 2017 World Cup came as a blessing for the women cricketers, especially from India. After the mega event, everyone started talking about Women’s Cricket. From talking about the equal pay to starting Women’s T20 Challenge- all were included. However, it was BCCI, who had to take the final call.

Being the richest Cricket Board around the globe, if BCCI would give the excuse of monetary issue, will that make any sense?

But, fewer quality players in the domestic circuit, fewer viewers, absence of franchises and investors became the thrones of their way.

While, on the other hand, Australia and England have been successfully hosting T20 leagues, named- Women’s Big Bash League (WBBL) and Kia Super League (KSL). Interestingly, India T20 captain Harmanpreet Kaur and vice-captain Smriti Mandhana had been featured in both the leagues.

However, things have changed a lot since the 2017 World Cup. While many new faces have made their debut, India reached the semi-final of ICC World T20 last year by showing constant performances.

In this current scenario, an IPL kind of league will not only test the bench strength but also bring us the players who will be capable of absorbing the pressure in the high-intensity games.

At first,it might not generate that much revenue,  but it surely helps to become the bridge between the domestic and International games as the domestic players will get the chance to interact with the overseas players; which not only improve their games but also India get a few bench-strong players.

However, to keep all these things in mind, BCCI hosted a one-off exhibition match last year during the IPL playoffs; which ended on a last-ball thriller.

It is now that the BCCI has taken a step further and we have the Women’s T20 challenge.

The round-robin tournament began with a nail-biter on May 6 at Sawai Mansingh Stadium in Jaipur. That is precisely where the contests will end.

A new team has been added this year, named ‘Velocity’ which will be led by India ODI captain Mithali Raj, a stalwart of the game.

The addition of the new team opens the door for many domestic players’ inclusion in the tournament.

Now, looking at the squads, the surprising exclusion was there were no Australia Players included; wherein last year, Alyssa Healy, Beth Mooney, Meg Lanning, Ellyse Perry, and Megan Schutt were part of the two teams. This year, every team will get the service of four overseas players along with the India players.

Let’s get back to the squads and their new additions as well!

Mithali Raj-led this team has been included this year. Last year she was a part of Harmanpreet Kaur-led Supernovas. Along with her, England opener Danielle Wyatt and Veda Krishnamurthy have transferred from Supernovas. Ekta Bisht and Shikha Pandey have joined them from Smriti Mandhana-led Trailblazers.

Smriti Mandhana-led Trailblazers has also seen a shuffle in the squad. However, Hemalatha Dayalan, Deepti Sharma, Jhulan Goswami and Suzie Bates (New Zealand) have been retained in the 13-member squad.

Along with them, the new faces included in the squad are Chamari Atapattu (Sri Lanka), Natalie Sciver (England). Arundhati Reddy, Mansi Joshi, Priya Punia and Radha Yadav have been included as well.

With the best 39 players, it wouldn’t possible to say which team will win the tournament. But this tournament will surely give the answer whether the IPL like the tournament is feasible in the near future or not! 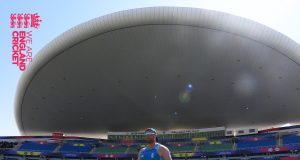 How Jonny Bairstow Has Contributed Mightily To England’s Test Resuscitation?

Abhishek Srivastava - July 10, 2022
0
In the past couple of months, England and Jonny Bairstow have looked a reformed set. The team and...