Who were Steve Waugh and Clive Lloyd?

The players who played against the mighty West Indies and Australia preside over chilling tales of dominance to narrate whilst they tried to ply their trade either with the bat or the ball.

But, a factor likening both captains is the fact that they experienced a prolonged period of unchallenged success while their opponents were simply demolished.

So, the existence of Waugh and Lloyd as great captains is subject to intense debate.

Steve Waugh’s team can undoubtedly be termed as a complete unit both in Tests and ODI formats. The incredible abilities of the Australian players were well complemented by their mental toughness and fortitude which enabled their greatest performers to win matches single-handedly against any opposition in any given condition.

Before the start of any tournament, a certain Glenn Mcgrath or a burly Matthew Hayden would storm into a press conference and assert that Australia would end up on the winning side without breaking a sweat. Notwithstanding the cockiness of such an assertion, team Australia had that ability to vindicate such big-mouthed arrogance in the biggest of stages.

Between the loss to Sri Lanka at the Gaddafi Stadium, Lahore in 1996 to the loss in the Quarter Final of the 2011 World Cup against the spirited Indians, Australian Cricket Team were unbeaten at the World Cup, the pinnacle of ODI Cricket.

The ICC Cricket World Cup, 2019 to be held in England & Wales promises some cracking contests with all the teams almost equally matched. Curiously enough, the Australian Cricket Team happens to be the only team that’ll enter Cricket’s showpiece event with more questions than answers.

There is little doubt that Australia have the capability to play some breathtaking cricket. After all, they’ve laid their hands on the glittering silverware, the World Cup. on several occasions in the past. The likes of Warner, Smith, and Starc can set the World Cup on fire by mere presence. What’s more?

In Cummins and Finch, there’s a strong thinking nucleus of the side as well.

But, strangely enough, they are not entering into the tournament with the tag of the favorites to win it.

Such expectations were extremely commonplace with Steve Waugh’s men and are a throwback to the golden era of Australian Cricket when mental disintegration was as common as Matthew Hayden scoring a century or a googly from Warne.

Ricky Ponting’s smooth transition as the leader of the Australian Cricket Team and his subsequent miraculous run both as a batsman and captain warrants respect and admiration of Australia’s farsighted Cricketing administration and planning which ensured ruthless performance on the field for close to two decades.

To put things into perspective, the Australian Cricket team have arrived at the shores of England with a glorious record at the World Cup and an even glorious tradition that needs to be protected and preserved.

Even the tales of the fearsome West Indian pace quartet seems to be a part of Carribean folklore wherein the present bunch of players have completely come out of its harrowing shadow and seem to enjoy playing with no baggage of expectations.
Things are different for Australia though.

With the dynamic duo of Steve Smith and David Warner making a comeback into the national team, it will be engrossing to watch the implications of their much-vaunted return and that too in the World Cup. Not to mention that in players like Pat Cummins, there stands an able torchbearer of Australian cricket, someone who can usher in a new era by carrying the baton of his team’s rich history on his own shoulders.

And with the tainted saga of sandpaper behind them, the duo would do well to quickly get back the lost confidence of the public.

To make matters more interesting, the land where they would be seen marking their return is a place known for being as hostile to the Australians as the Australians were to the other teams in an era gone by.

So, which Australian Cricket Team are we expected to see in the World Cup?

A team on a road to redemption with two of their stalwarts back, here’s a question to the followers and backers of the Australian cricket team.

Can the unit act together as a crushing force, in forwarding its checkered Baggy Green tradition?

For a neutral Cricket fan, things could not have been so intensely exciting to witness a subplot which is sure to brew beneath Australia’s formative and elementary motive to retain their World Cup title.

It will be interesting to note whether the Australian cricket team is able to bury the ghosts of the sandpaper fiasco and run behind the cup rather than trying to charter the lost reputation of being honest to the game.

ICC Cricket World Cup, 2019 already has quite an absorbing prelude, isn’t it? 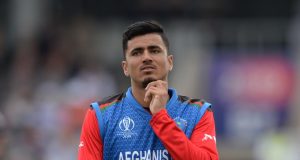